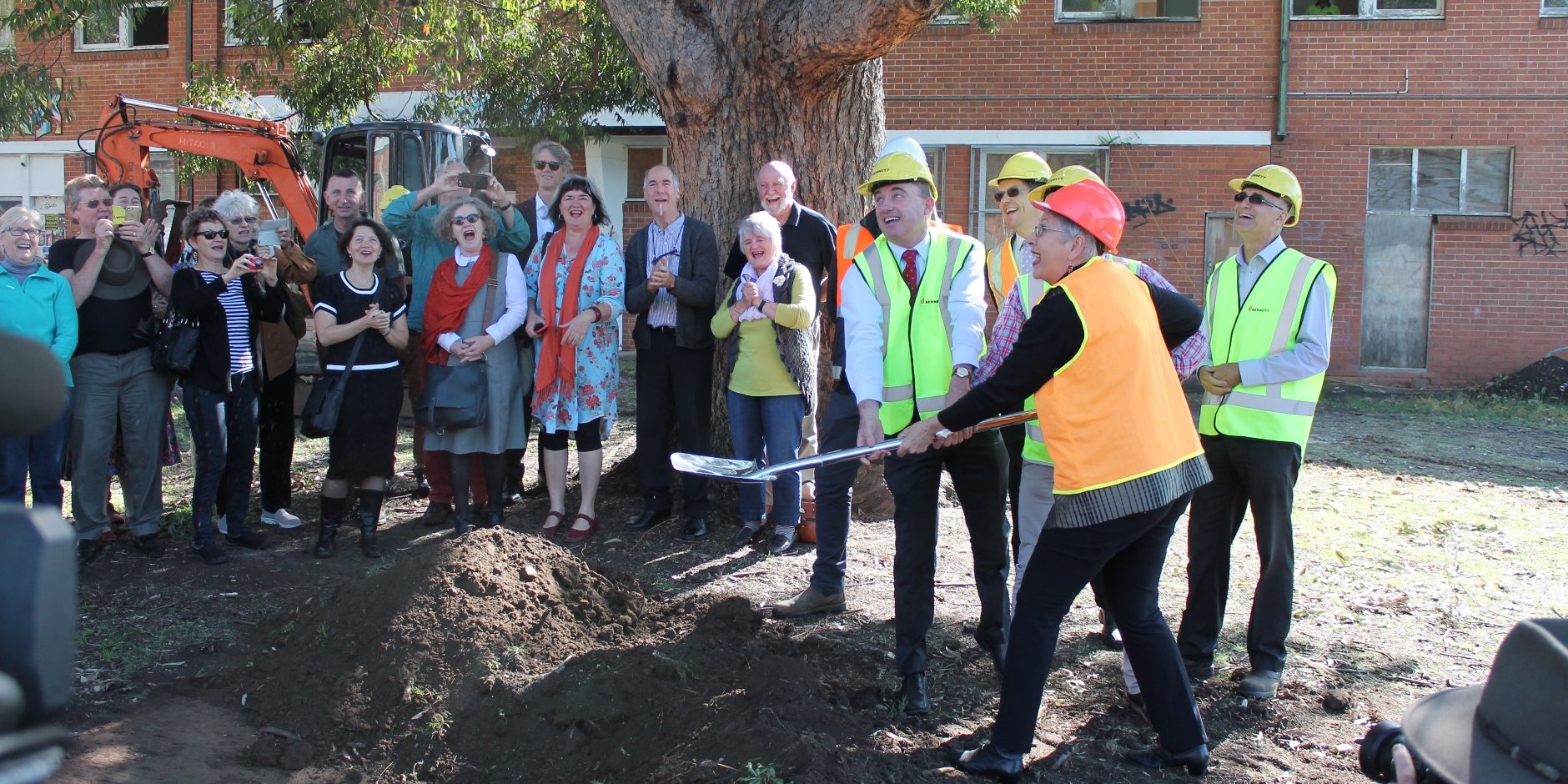 Once complete the Lismore Quadrangle project, costing a total of $5.8 million, will include a relocated gallery in the old C Block building as well as a public piazza and new car parking.

“I was happy to secure $2.85 million under the Federal Government’s Building Stronger Regions programme that turned this long-held dream into a reality,” he said.

“This is great news for our community and will create a new landmark and meeting place within the CBD benefiting all our retailers.

“What is wonderful to see, is all sections of our community working together for a common goal. I am particularly happy that the construction work has been awarded to a local company, which will provide local jobs for local people.”

Lismore City Council will fund the remainder with borrowings of up to $1.9 million, and Friends of the Gallery will work to boost fundraising to help minimise costs.

Lismore City Mayor Jenny Dowell, who has been advocating for a new gallery for all of her time on council, said the sod turning marked a new turning point in Lismore’s history as a regional city.

“This is a milestone project for our city – it will further cement our place as the regional centre of the Northern Rivers with a major gallery that can attract national and international touring exhibitions as well as continuing to showcase the extraordinary diversity of fine local art our region produces,” she said.

“I can honestly say that that seeing this project come to fruition is one my highlights as Mayor. Council has been actively pushing for a new regional gallery for almost 15 years, even before I joined Council more than 12 years ago. The current regional gallery was only ever meant to be a temporary space. This is a very special moment for me personally in the week before I step down as Mayor and a truly historic occasion for Lismore.”