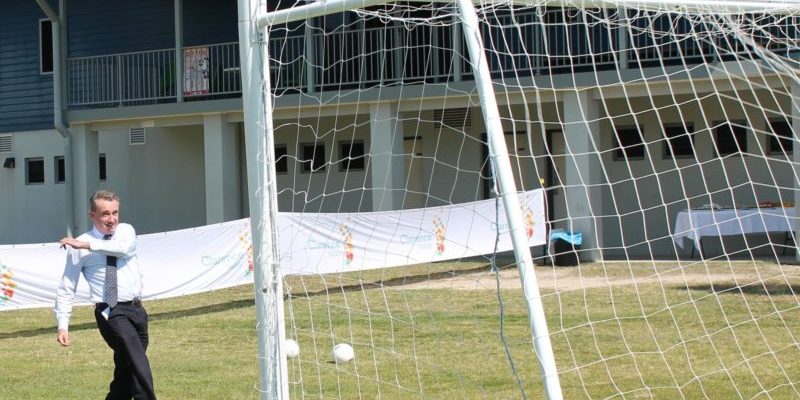 “It is great news that this new modern facility at Wherrett Park has been completed,” Mr Hogan said.

“Our community is sports mad and new facilities like this has been needed for some time and will be well used by our community.

“This is all part of my plan to create sustainable communities for local families and businesses, while attracting new residents and investment from further afield.”

Minister for Regional Development Fiona Nash said the upgrade would mean less interruptions and more games played in the future.

“I aim to help build the kinds of communities our children and grandchildren want to either stay in or come back to, and great local sporting facilities are a big part of that.

“Great local sports facilities can also allow our young country stars to compete at home rather than being forced to move to capital cities so they can use good facilities.

“Sport helps build friendships and teach valuable lessons. This upgrade has created great playing facilities and means games are less likely to be cancelled in the wetter months.”

Mayor of Clarence Valley Council Richie Williamson said quality sports facilities were essential to the quality of life and health of residents.

“Council is thrilled to have been part of this development,” Cr Williamson said.

“Wherrett Park is now a showpiece and the work that’s been completed means it will remain in great shape for years to come.

The Coalition Government invested $950,000 for the sporting upgrade through the Community Development Grants Programme while the Clarence Valley Council contributed the remaining $23,688.