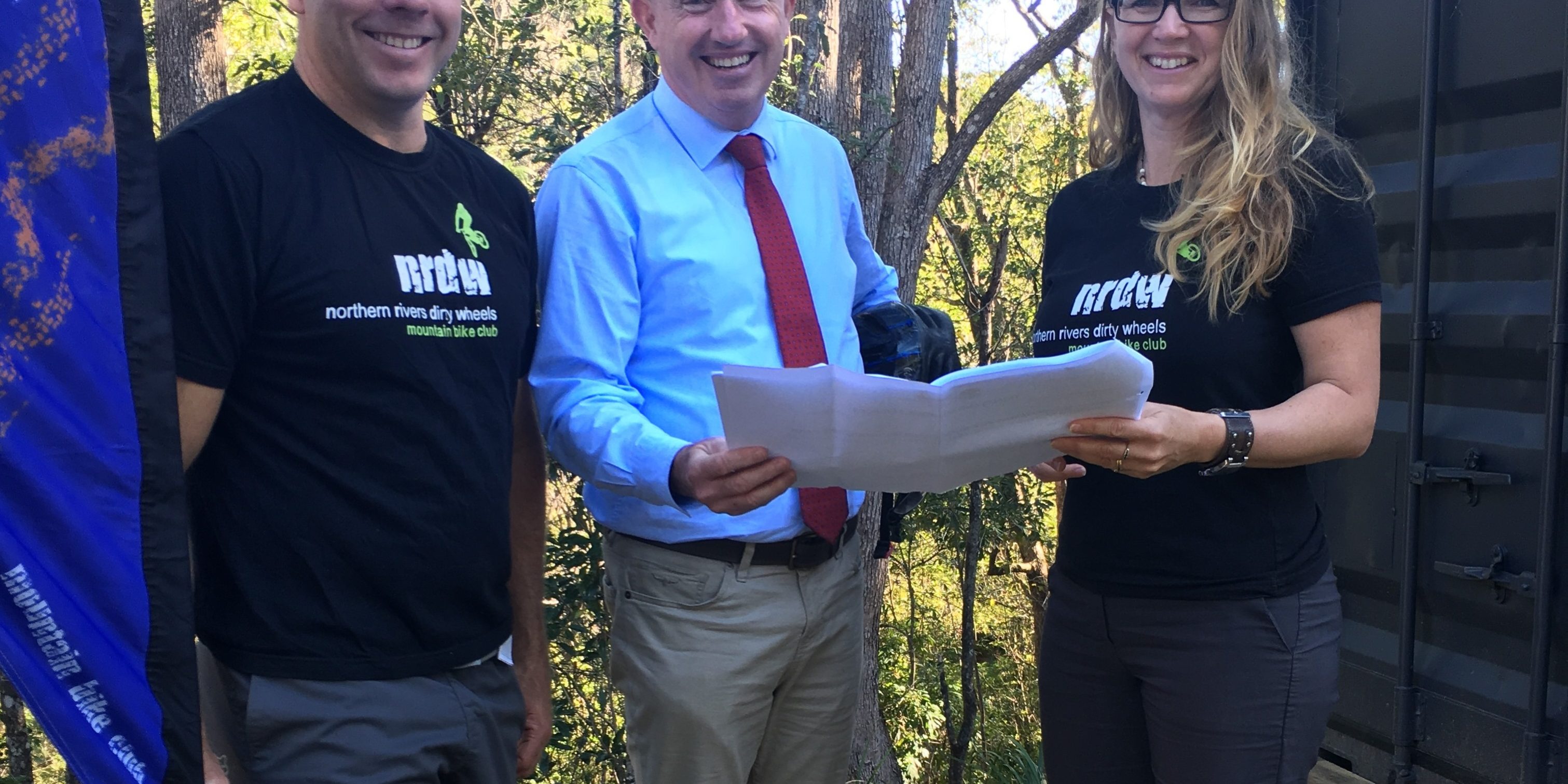 “The club came to me because they needed help to make their club more accessible for its members and to encourage other people who want to take up the sport,” he said.

“Mountain bike riding is a growing sport, but there are no legal public mountain bike facilities, which mean riders have to travel at least an hour outside our area.

“I was happy to organize the grant which saw the construction of an onsite carpark and an upgrade of about 25 metres of the existing driveway to an all-weather gravel access.”

Since then, the club was grown from about 85 members to more than 200.

“I would like to congratulate the club on this wonderful new facility and thank the volunteers who put in many unpaid hours to make it happen,” Mr Hogan said.