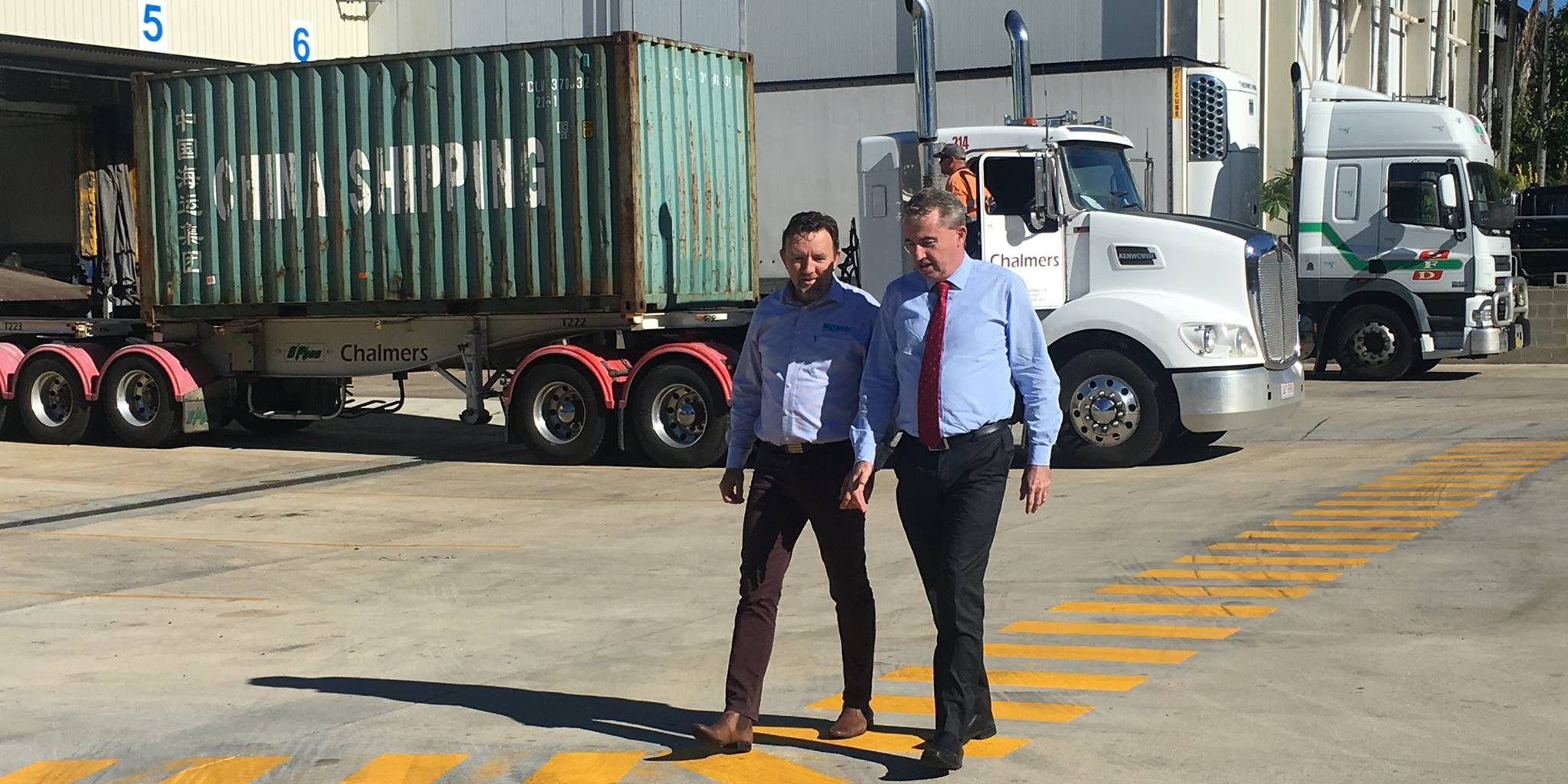 Federal Member for Page Kevin Hogan today congratulated the Casino Meatworks after it received a $175,000 grant from the Centre for Co-operative Excellence.

“This is great news for workers at the Meatworks, which is Casino’s biggest employer, and the local business community. It’s also great news for our local beef and pork farmers,” he said.

“The grant will allow the Meatworks to set up a new division. This division will help small family farms upgrade their infrastructure, such as fencing. In turn, this will increase farm production and profits, as well as increasing supply to the Meatworks.

The grant is part of a $4.5 million investment being made by the government to help groups of farmers to adopt collaborative and cooperative business models.

The grants were allocated by the $13.8 million Centre for Co-operative Excellence which was established at Southern Cross University following a recommendation made by Mr Hogan who was charged with overseeing the implementation of part of the Federal Government’s Agricultural White Paper.

“We want more Australian farmers to have access to the information and experts they need to decide whether a collaborative arrangement is right for them—that’s what Southern Cross University is now doing under the ‘Farming Together’ brand,” he said.

“The demand is clear: the Centre has already engaged with more than 700 farmer groups and over than 16,000 farmers across Australia.”

“We are helping Australian farmers to take advantage of the cooperative structure as a way of achieving better and fairer returns back through the farmgate.”