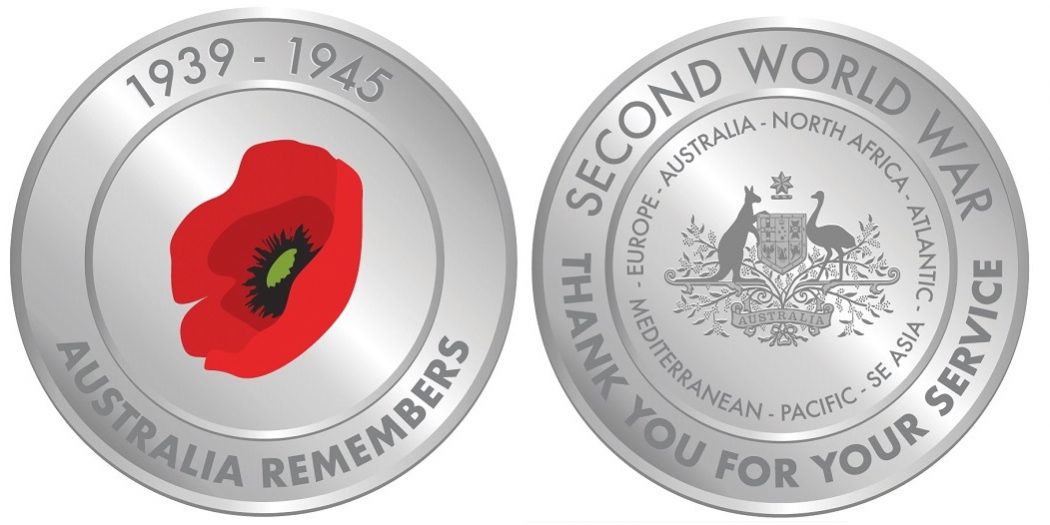 Saturday, 15th of August 2020 marks the 75th anniversary of Victory in the Pacific and the end of the Second World War.

“To acknowledge the significance of this anniversary the Department of Veterans’ Affairs have produced a Commemorative Medallion and Certificate of Commemoration,” Mr Hogan said.

“There are so many remarkable veterans in our community and all of them deserve recognition for their service.”

“There are 12,000 World War II veterans still alive in Australia. Each of these men and women have incredible stories that should be acknowledged and commemorated.”

“While we can never repay the debt we owe almost one million Australians who served, this medallion and certificate are a small but meaningful way we can thank living veterans.”

Applications are now available and can be made through the DVA website at dva.gov.au or by phone on 02 6191 8217.

The obverse design will feature the Commonwealth Coat of Arms, wording of appreciation and identify by name theatres of war that saw the significant involvement of Australian Armed Forces.

The medallion reverse design utilises the poppy as the central symbol surrounded by the wording of ‘Australia Remembers’ and the beginning and end years of the Second World War.