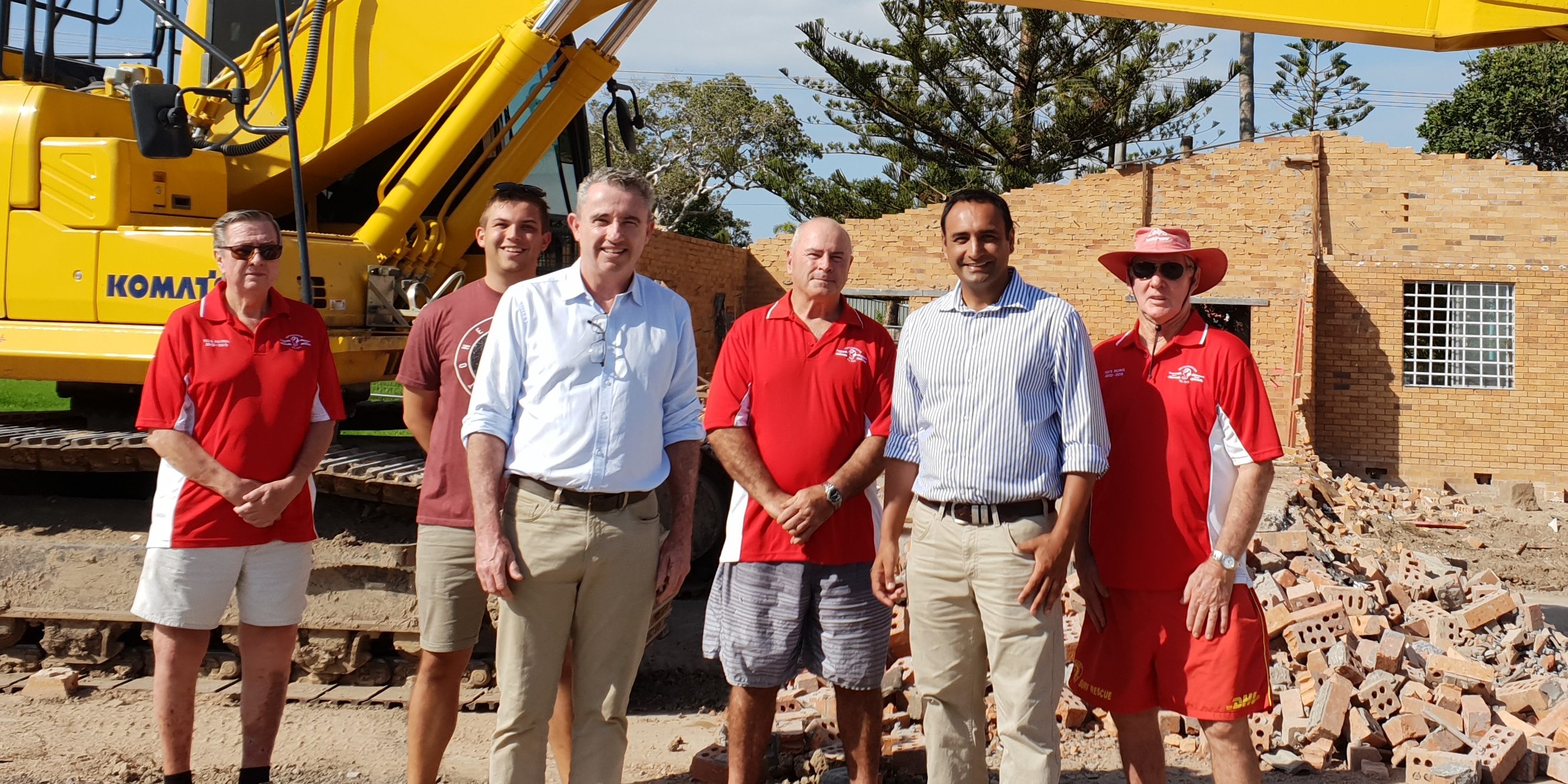 Woolgoolga’s Surf Life Savers will be able to respond quicker to emergencies thanks to a new $3.9 million Club House, Federal Member for Page Kevin Hogan said.

“The Club came to me asking for help because their 65 year-old building is no longer fit for the demands put on it by the Club and its members,” Mr Hogan said.

“The old Club House is far too small and most of the club’s rescue equipment is stored in members’ homes.

“Once the new Club House is constructed, this emergency equipment will be brought together under one roof so it can be used to save lives at a moment’s notice.”

Mr Singh said the new Club House was great news for the community.

“The new Surf Club will attract new members and improve the safety of our beach,” he said.

“As well as keeping us safe while we are swimming and surfing, the new Club House facilities will also attract tourists to one of the most beautiful beaches on the North Coast.”

Member for Coffs Harbour Andrew Fraser said: “I have worked closely with Woolgoolga Surf Club president Les Pepper and his committee for a number of years on this proposal. I am really pleased they have received NSW and Federal government funding to allow this vital project to proceed.”

“The club, their volunteer members and the local community deserve to have the very best surf lifesaving facilities.”

Club President Les Pepper said the time it will take lifesavers to get their equipment and reach people in trouble will be dramatically reduced.

“I would like to thank Kevin Hogan, Andrew Fraser and Gurmesh Singh. They have worked hard over the last 6 years to raise this money,” he said.

The Federal Government contributed $1 million to the project and the State Government $2.7 million.