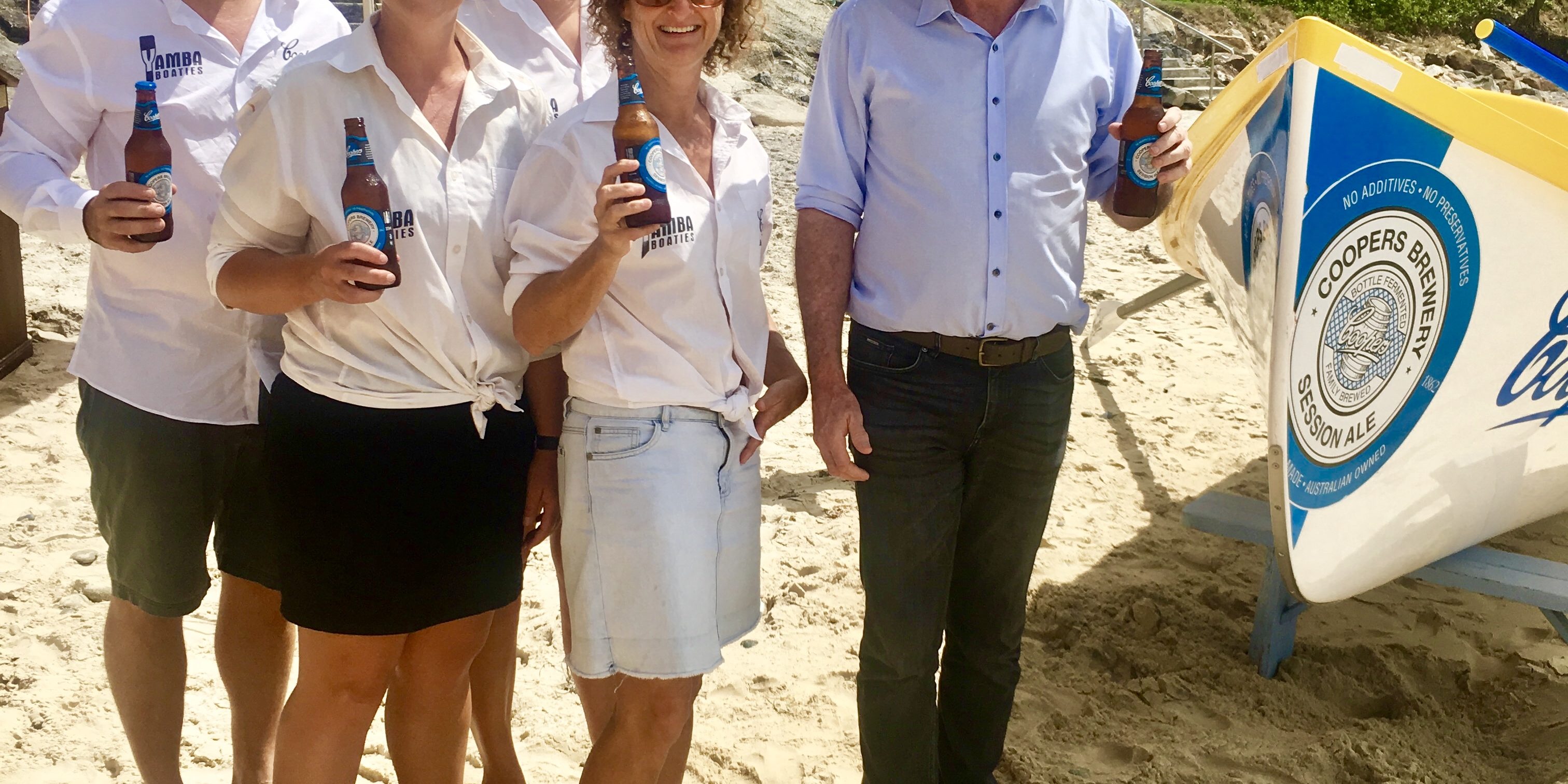 More juniors and women boaties will be able to compete in Surf Club Championships thanks to a Government grant for the Yamba Surf Life Saving Club to purchase a new boat, the Federal Member for Page Kevin Hogan said.

“The Club came to me because they need a new competition surf boat to allow its members to compete with other Queensland and NSW Clubs,” he said.

“I was happy to organise this grant that will allow more juniors and women boaties to compete. This is because the design of the new boat allows it to be manually adjusted to suit all size rowers.

“These boats are also lighter to manoeuvre on the beach which will suit junior crews who are currently struggling to carry the boats.

“Improving the Club’s performance at Championships will also encourage more people to join the Club that will see an increase in patrol members to keep beachgoers safe.”

Yamba Surf Life Saving Club Boat Captain Rod McSkimming said the club performed well at the recent World Titles in Adelaide and was hoping to do even better with the new boat.

“Two of our crews won a Silver and Bronze at the recent World Titles in Adelaide,” he said.

“More recently at the NSW Country Titles we had 7 crews all receiving medals no worse than silver – all while rowing a boat that’s over 8 years old.

“With this new boat being the latest design and much lighter, we are looking forward to competing at the Queensland State Titles this weekend and then the National Titles in three weeks’ time.”