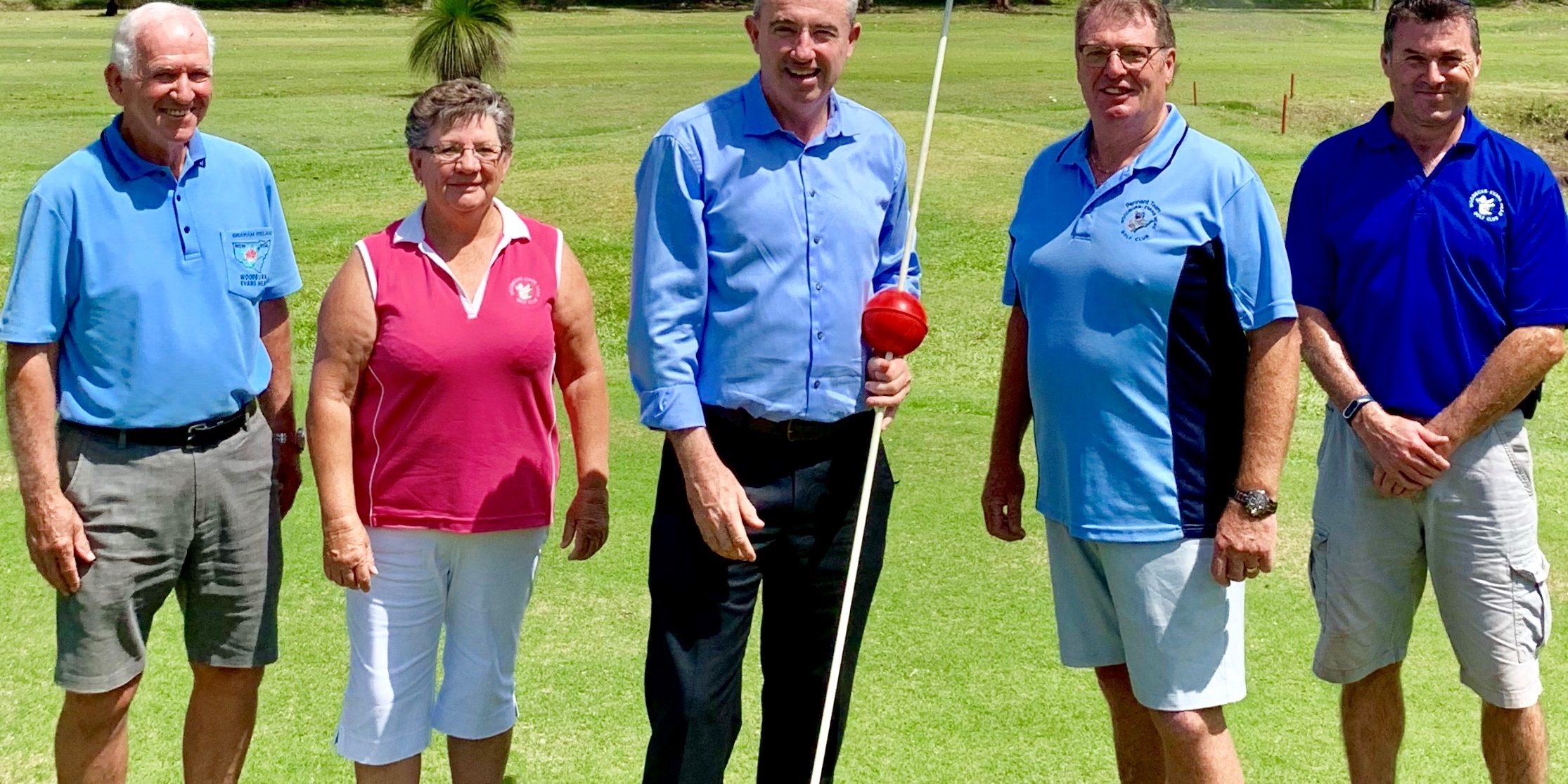 Golfers at the Woodburn/Evans Head Golf Club will enjoy much better playing conditions after a $40,000 investment in the course’s irrigation, Federal Member for Page Kevin Hogan said.

“The club had managed to install new irrigation for three of its fairways, but ran out of money to complete the work,” he said.

“They asked me if I could assist them with a grant to allow the next stage of installing irrigation on three more fairways to continue.

“It was great to stand at the club today and see all of its fairways under irrigation.

“Not only will players have a better game of golf, but it will also encourage others to take up the game.”

The Club’s vice-president Grant Pawsey said the $40,000 Government grant had helped to transform the club.

“Not only will golfers benefit from the better playing conditions, but our use of water is now much more efficient,” he said.