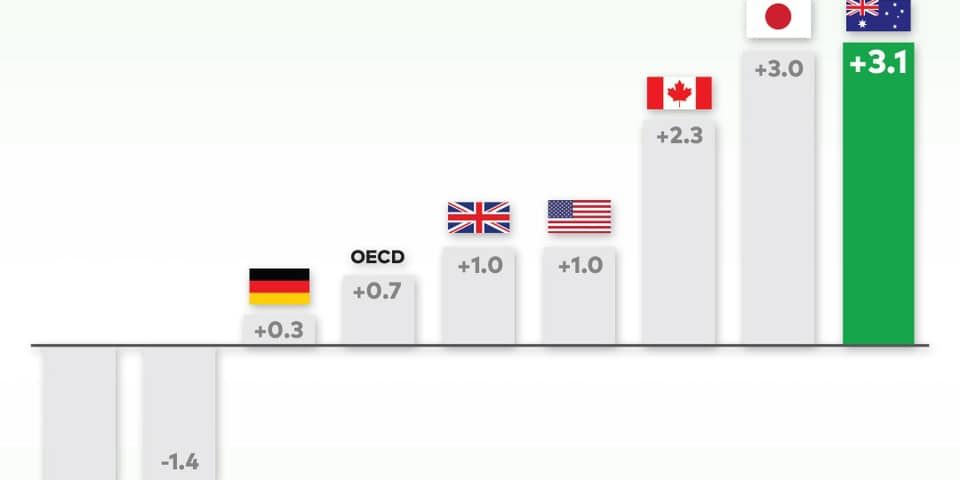 Australia is leading the world in fighting COVID-19 and our economy is one of the strongest globally. Last week Australia’s latest National Accounts were released and showed our recovery plan is working.

Federal Member for Page Kevin Hogan said our performance on both the health and the economic fronts is world-leading.

“Real GDP increased in the December quarter by 3.1%. This was above market expectations of 2.5%,” Mr Hogan said.

“For the first time since records began over sixty years ago, GDP growth is above 3% for two consecutive quarters.”

“There are still sectors and regions that are doing it tough, but our economic support will continue.”

“As our emergency support is tapering off, the private sector is stepping up.”

“In the December quarter, direct economic support from the Federal Government halved. Yet at the same time, the economy grew by 3.1%, added 320,000 new jobs and 2.1 million Australian workers graduated off JobKeeper.”

“This was driven by measures in our economic plan, including HomeBuilder and the expanded Instant Asset Write-Off.”

“The Australian economy begins 2021 in a strong position. We have maintained our AAA credit rating.”

“The job is not done and there are many challenges ahead, but you wouldn’t want to be in any other country in the world.”