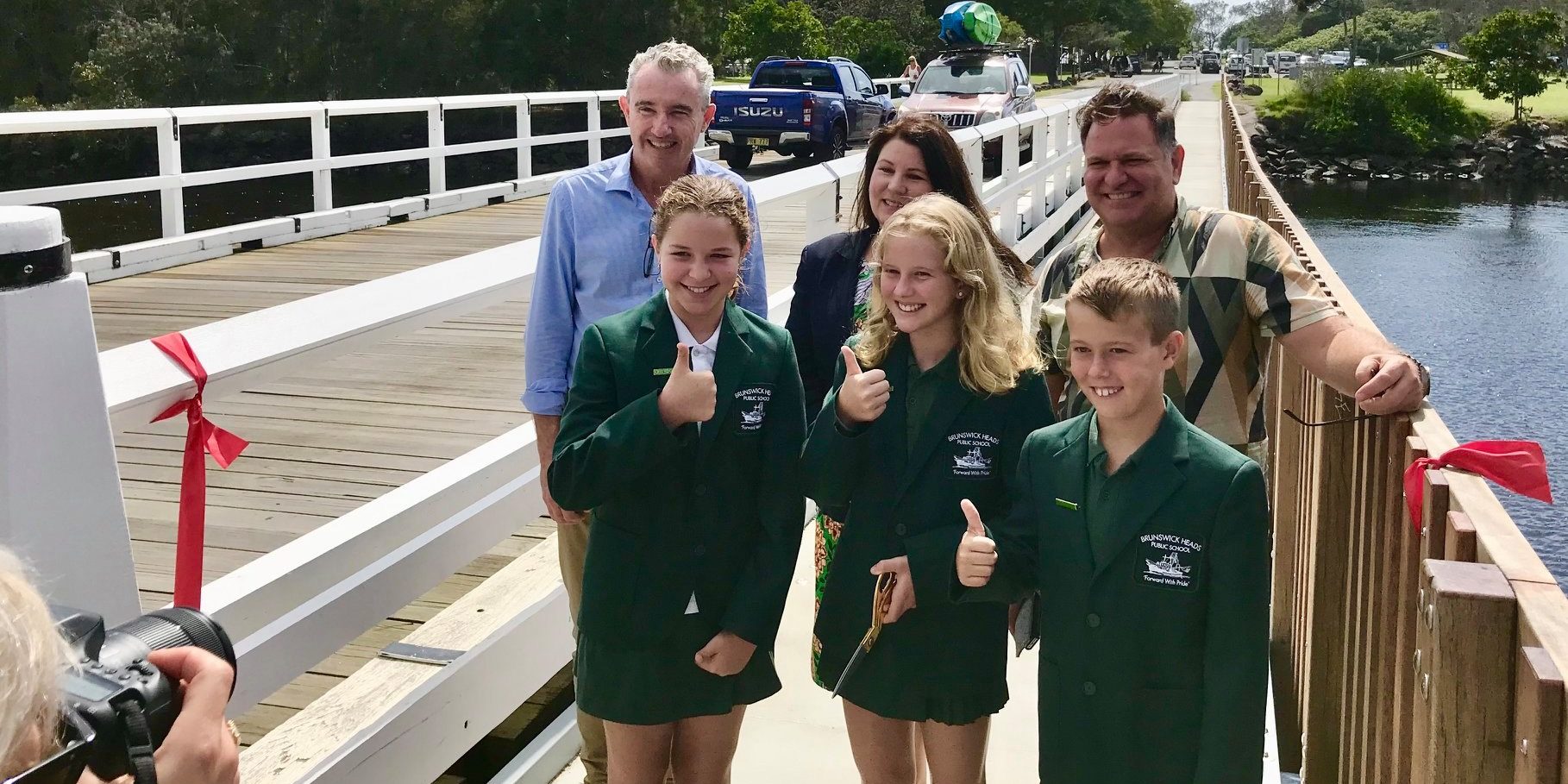 Assistant Minister to the Deputy Prime Minister and Federal Member for Page Kevin Hogan said the bridge’s restoration was jointly funded by the Federal Government under the Bridges Renewal Program and by Byron Shire Council.

“The Bridges Renewal Program supports the upgrading of bridges across the nation which deliver increased productivity and community access,” Mr Hogan said.

“The old timber heritage look and feel of the historic bridge has been retained as much as possible, which included replacement of old, decaying timbers with new or repurposed timbers from previously dismantled bridges in Bangalow.”

“It also enabled access to local beaches, parks, homes, facilities and connection to the town.”

“The bridge’s restoration was essentially an entire rebuild from the ground up with intense traffic conditions at times, which presented enormous challenges,” Cr Richardson said.

“Not only have we delivered a re-engineered and structurally superior bridge with a much higher load rating for Brunswick Heads and its visitors, the timber features are absolutely beautiful.

“On top of this, what a great recycling story this project has been.”

Thanks to some innovative thinking by Council’s engineers, seasoned hardwood timbers recycled from bridge replacements in Bangalow were used in this upgrade, while new homes for the old South Arm Bridge timbers were found for other Council and community projects around the Shire.

The upgrade of the Brunswick Heads South Arm Bridge included an extensive list of works: