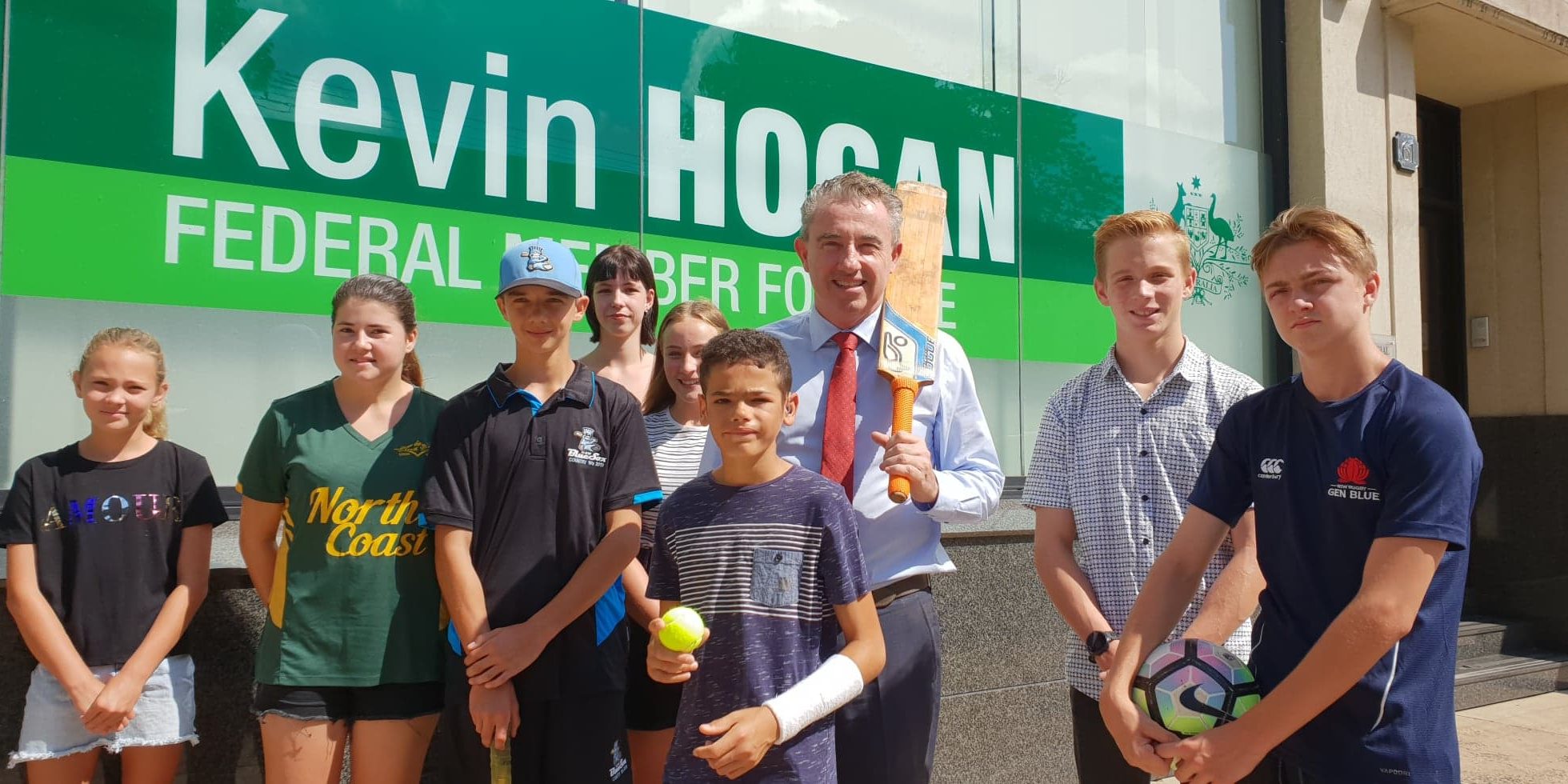 Will 17-year-olds Macie Nixon, Alissa Mcwhirter, Jasmine Clarke and Lauvili Lili and 14-year-old Vivita Lili one day all play for the Opals? And will 18-year-old Callum Robson, 14-year-old Samuel Ticknor and 17-year-old Zackery McMahon be the next Mick Fanning?

Will 13-year-old Maalik Moston be our next Ironman, while 15-year-old Zachary Norris takes to the field as a Wallaby? And perhaps 15-year-old Joshua Lee will be a world Wildwater Canoeing Champion and 15-year-old Kynan Davis a world-renowned baseballer.

And will 13-year-old Sharmeeka McPaul play with the Australian Softball team while 12-year-old Hollie Matthews represents Australia in Touch Football?

Only time will tell, but Federal Member for Page Kevin Hogan is making sure that 19 young Northern Rivers Sporting Champions are given every opportunity to follow their dreams.

At a Local Sporting Champions Award morning tea today, Mr Hogan presented the 19 local teenagers with a certificate and a cheque to help with transport costs.

“Those who received the Awards have excelled themselves representing the Northern Rivers on the national and state stage,” he said.

“The Northern Rivers has produced some outstanding sportspeople in the past, and it is important that we support the next crop of our local sporting talent,” Mr Hogan said.

In no particular order, our latest Northern Rivers Sporting Champions are: