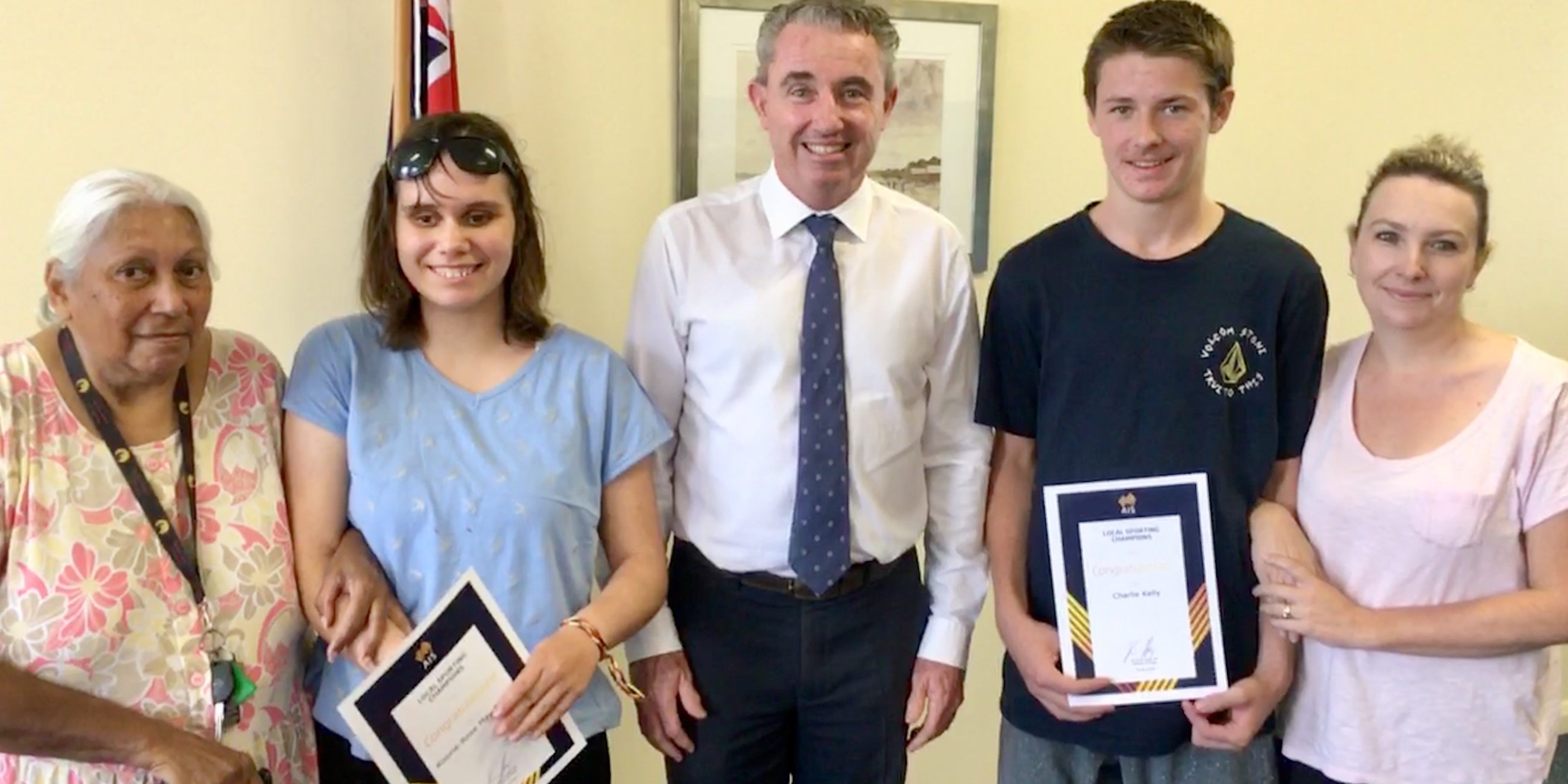 Will 15-year-old Carly Shanahan be the next Layne Beachley and will 13-year-olds Jesse McGarvie and Jemma Whelan one day play with the Hockeyroos?

And will 14-year old Charlie Kelly play with the Soccerroos, while 14-year-old Tyeka Ferguson-O’Shea goes on to win Olympic Gold for Australia in rowing.

And perhaps 18-year-old sisters Katie and Meg Porra and 16-year-old Koorie-Rose May Reilly will all represent Australia on the track. Will 14-year-old Tyrhys Robinson become a world Motocross champion?

Only time will tell, but Federal Member for Page Kevin Hogan is making sure that 9 young Clarence Valley Sporting Champions are given every opportunity to follow their dreams.

At a Local Sporting Champions Award morning tea today, Mr Hogan presented the 9 local teenagers with a certificate and a $550 cheque to help with transport costs.

“Those who received the Awards have excelled themselves representing the Clarence Valley on the national and state stage,” he said.

“The Clarence Valley has produced some outstanding sportspeople in the past, and it is important that we support the next crop of our local sporting talent,” Mr Hogan said.

In no particular order, our latest Clarence Valley Sporting Champions are: