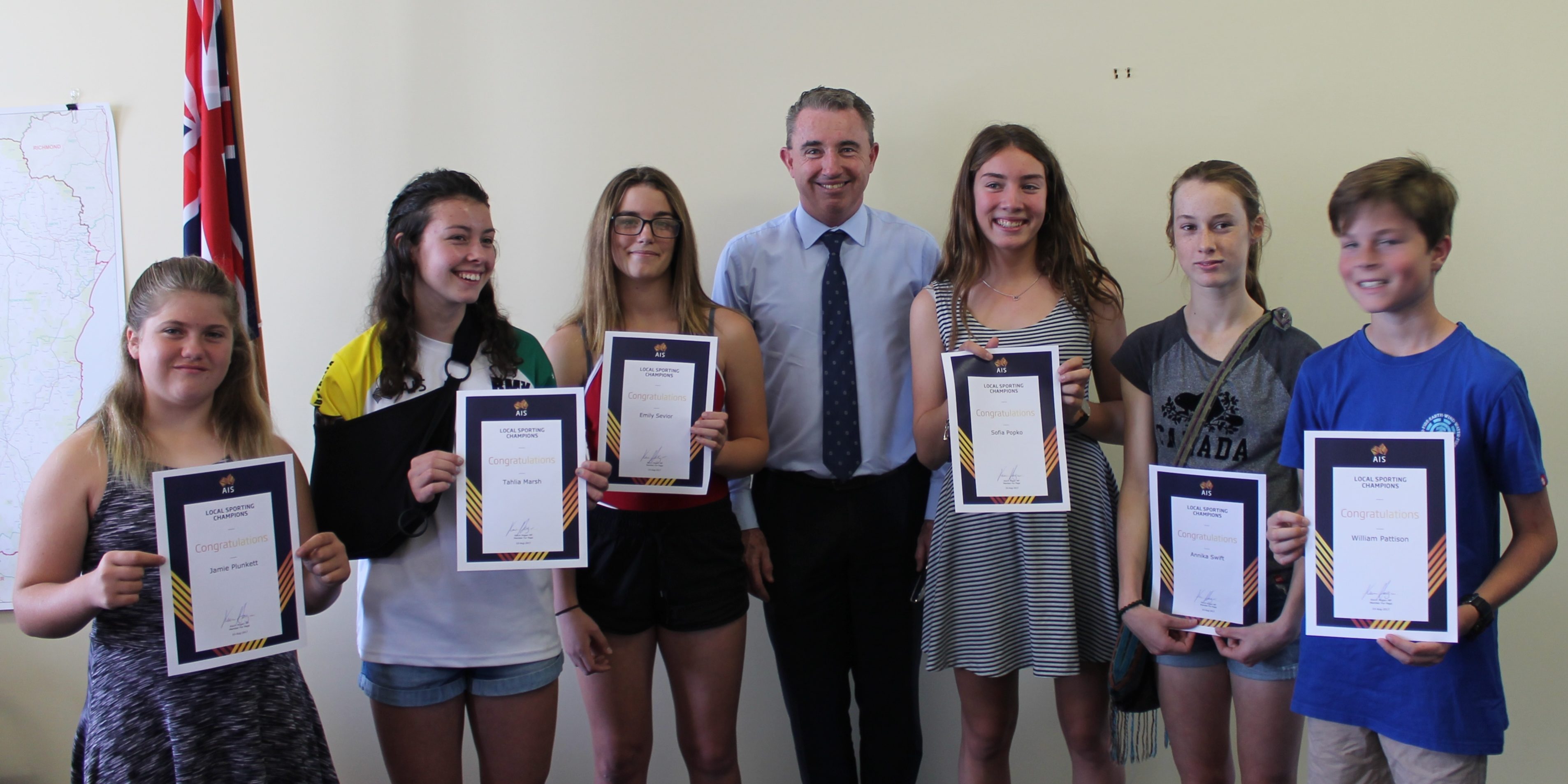 Federal Member for Page Kevin Hogan today presented 12 Clarence Valley teenagers with a Local Sporting Champion Award and a $500 cheque to help them on their way.

“I’m very pleased to help these teenagers follow their dreams,” he said.

“Those who are receiving awards have excelled themselves representing the Clarence Valley on the international, national and state stage.

“The Clarence Valley has produced some outstanding sportspeople in the past, and it is important that we support the next crop of our local sporting talent.

In no order, our latest crop of Clarence Valley Sporting Champions are:

For more information about the program, go to www.ausport.gov.au/participating/schools_and_juniors/local_sporting_champions