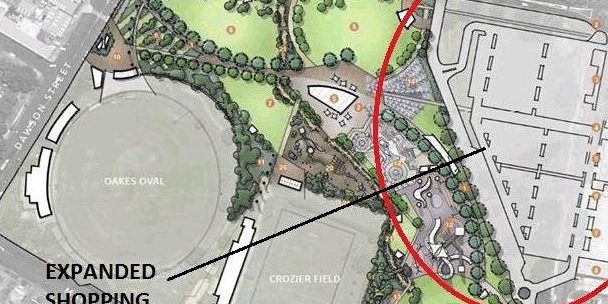 Federal Member for Page Kevin Hogan, State Member for Lismore Thomas George and the Lismore Chamber of Commerce and Industry today launched a community petition calling on Lismore City Council to immediately reverse its decision to knock back the $90 million investment in the Lismore Square.

“If Lismore is to retain its status as a Regional City we must embrace investments like this,” Mr Hogan said.

“I encourage everyone who wants to see our city prosper and create local jobs to sign this petition.”

State Member for Lismore Thomas George said: “Not long ago I fought hard with Council to gain regional city status for Lismore and now this decision doesn’t reinforce this fact.”

“I don’t understand how councillors can make a decision on such a major project without knowing all the facts & information.  This is exactly what the MOU would have outlined.”

“I call on councillors to reverse this decision and join with us to approach McConaghy’s and open discussions again.”

President of the Lismore Chamber of Commerce and Industry Deborah Benhayon said it was important that Lismore’s businesses had their opinion heard in the debate about the proposed extension.

To sign the online petition go to Kevin’s Facebook page Kevin Hogan MP or you can sign a copy in the office of Kevin Hogan at 10/21 Conway Plaza.