PACIFIC HIGHWAY ON THE ROAD TO COMPLETION 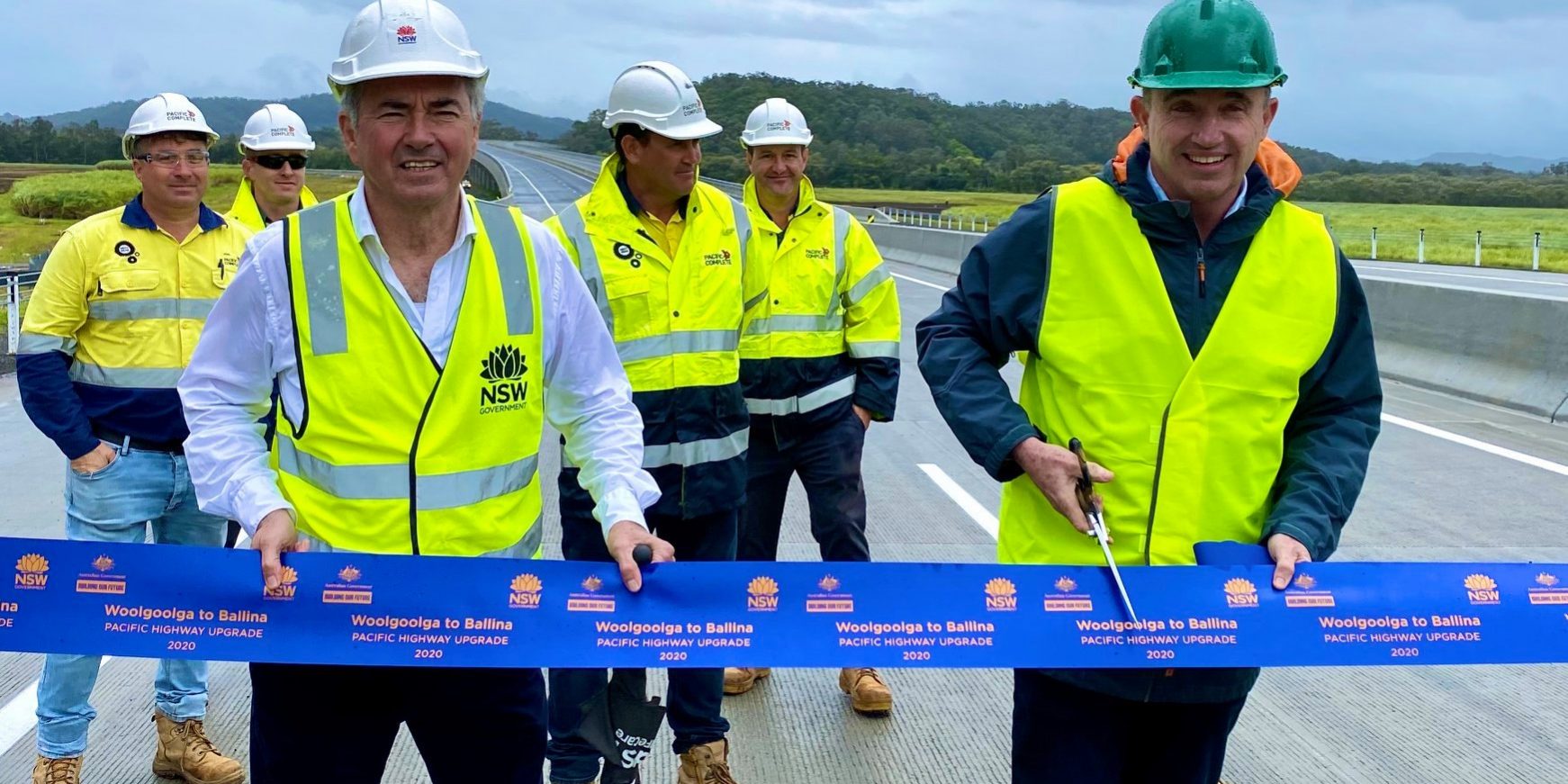 One of the last major pieces of the Pacific Highway upgrade is moving into place with the upcoming opening of a 34-kilometre section of new dual carriage motorway to bypass the northern New South Wales towns of Woodburn, Broadwater and Wardell.

Deputy Prime Minister and Minister for Infrastructure, Transport and Regional Development Michael McCormack said it would be the largest section of motorway to open to traffic before the duplication of the Pacific Highway between Hexham and the Queensland border is completed later this year.

“This is yet another critical piece of the Woolgoolga to Ballina project and with this complete, 131 of the planned 155 kilometres of dual carriageway will be open to traffic,” the Deputy Prime Minister said.

“This section is critical as it will alleviate what was a persistent traffic bottleneck around Woodburn during the peak holiday season.

“We are investing in our post-pandemic future by delivering lasting infrastructure which will kick-start our economic recovery and benefit Australians for years to come.”

New South Wales Minister for Regional Transport and Roads Paul Toole said the opening of this section would transform the journeys along the north coast of NSW for the better.

“The Pacific Highway upgrade has been a major investment in our regional communities, creating more than 3,000 jobs during the peak of the Woolgoolga to Ballina project alone, injecting millions into local economies and giving local communities the highway they deserve,” Mr Toole said.

“We are now so close to the end of this multi-generational project and the benefits are clear – faster, safer journeys and improved connections for local communities.”

“Fewer trucks through Woodburn, Broadwater and Wardell is good news for the community in those towns, but bypassed town signage will still encourage motorists to stop, visit and support their local economies,” Mr Hogan said.

“Community members will also be given the opportunity to have their say on naming the new bridge over the Richmond River at Broadwater – the second longest bridge on the upgrade – as well as major crossings at Harwood and Shark Creek.”

State Member for Clarence Chris Gulaptis said the opening of this section would significantly reduce travel times for motorists and give local streets back to communities by reducing the number of heavy vehicles travelling through each town.

“Interchanges at Woodburn and Broadwater will offer safe access to and across the new motorway while the Coolgardie interchange will open in stages, with temporary access arrangements in place initially,” Mr Gulaptis said.

“Transport for NSW is working hard to open the remaining 15 kilometres between Devils Pulpit and Woodburn to the south, so motorists are asked to please remain aware of changed traffic conditions while construction and finishing work continues.”

Electronic message signs will provide wayfinding information, and motorists should be aware of traffic management and reduced speed limits though the area while work continues to build the upgrade.

Motorists are asked to check Live Traffic and plan ahead to avoid potential delays.

For more information about the Woolgoolga to Ballina upgrade, contact the project team on
1800 778 900 (dial 1) or email w2b@pacificcomplete.com.au.

Footage and photos can be found here: