“OH, WHAT A FEELING!” NEW BRIDGE AT HARWOOD OPENS TO TRAFFIC 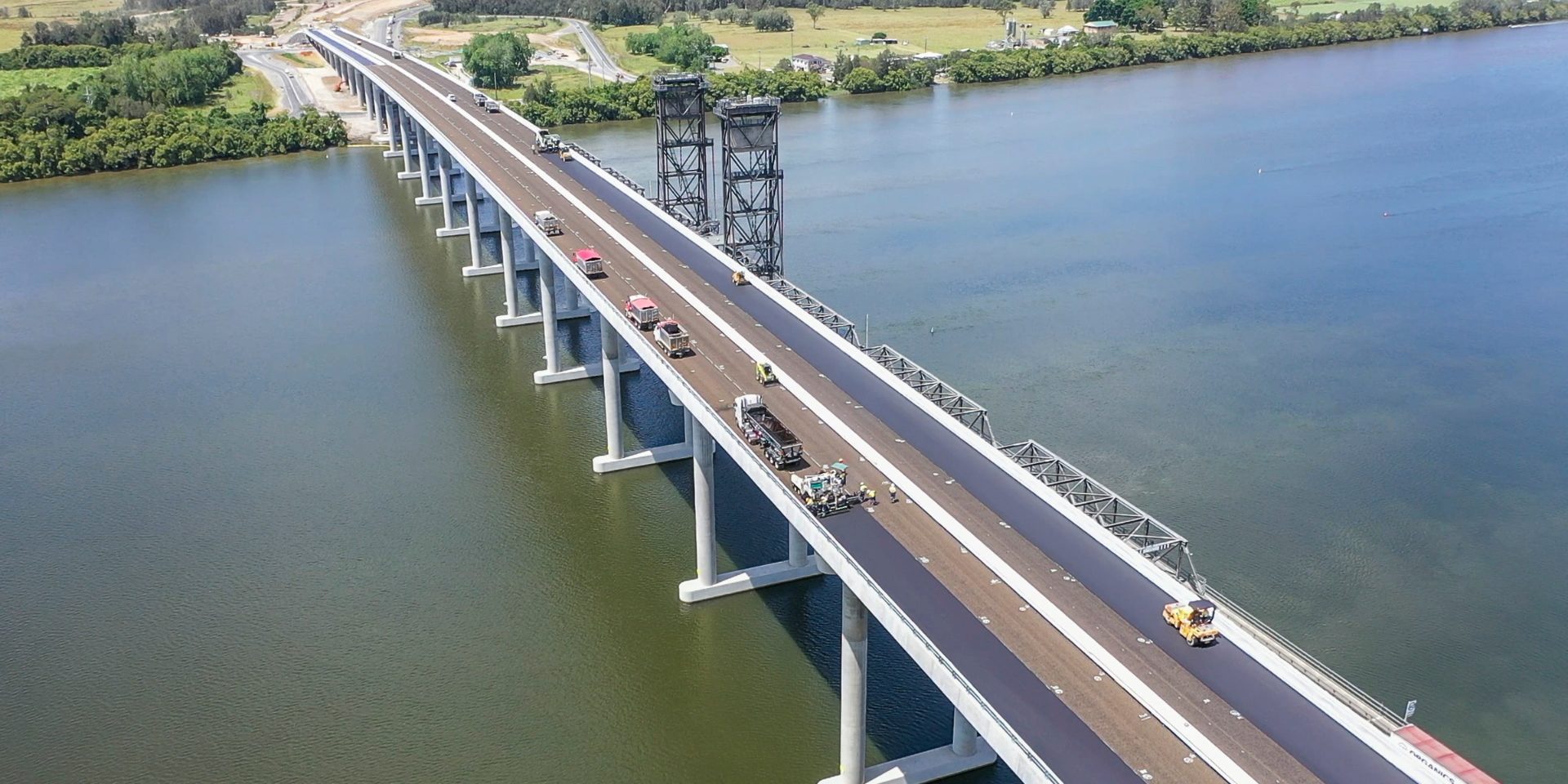 The new bridge at Harwood over the Clarence River has opened to traffic today, marking a major milestone on the Woolgoolga to Ballina Pacific Highway upgrade.

Clarence Nationals MP Chris Gulaptis said the opening was an exciting time for the local community.

“This bridge will be a game changer for the region as highway traffic will no longer need to be stopped with the existing bridge lifts for vessels on the river,” Mr Gulaptis said.

“The team has worked hard to have the new section of highway opened before the end of the year, allowing holidaymakers to get to their destination faster and with fewer delays.

“The new bridge at Harwood is the longest on the upgrade and opened overnight as part of a four kilometre section of road between Farlows Flat and Serpentine Channel.”

Federal Member for Page Kevin Hogan said work to build the new bridge had been a huge focal point for the community during its two year journey, which included the construction of 117 piles and 35 piers as well as 144 concrete girders cast and lifted.

“Due to the bushfires, we unfortunately had to cancel the community day planned for earlier this month at Harwood,” Mr Hogan said.

“People were incredibly understanding of the decision and we thank everyone for their continued support.

“We will keep the community informed if there are future opportunities to get involved when other sections of the upgrade open to traffic.”

The new Harwood interchange has also opened overnight while the Yamba interchange also partly opened, with a temporary diversion in place at the northbound off ramp for about two weeks.

The Woolgoolga to Ballina upgrade is on track to open in 2020 and new roads will continue to open to single and dual carriageway in stages as they are completed.

The Australian and NSW governments are jointly funding the $4.95 billion Woolgoolga to Ballina Pacific Highway upgrade on an 80:20 basis.

The latest information on the upgrade is available at www.pacifichighway.nsw.gov.au.

New bridge over the Clarence River at Harwood