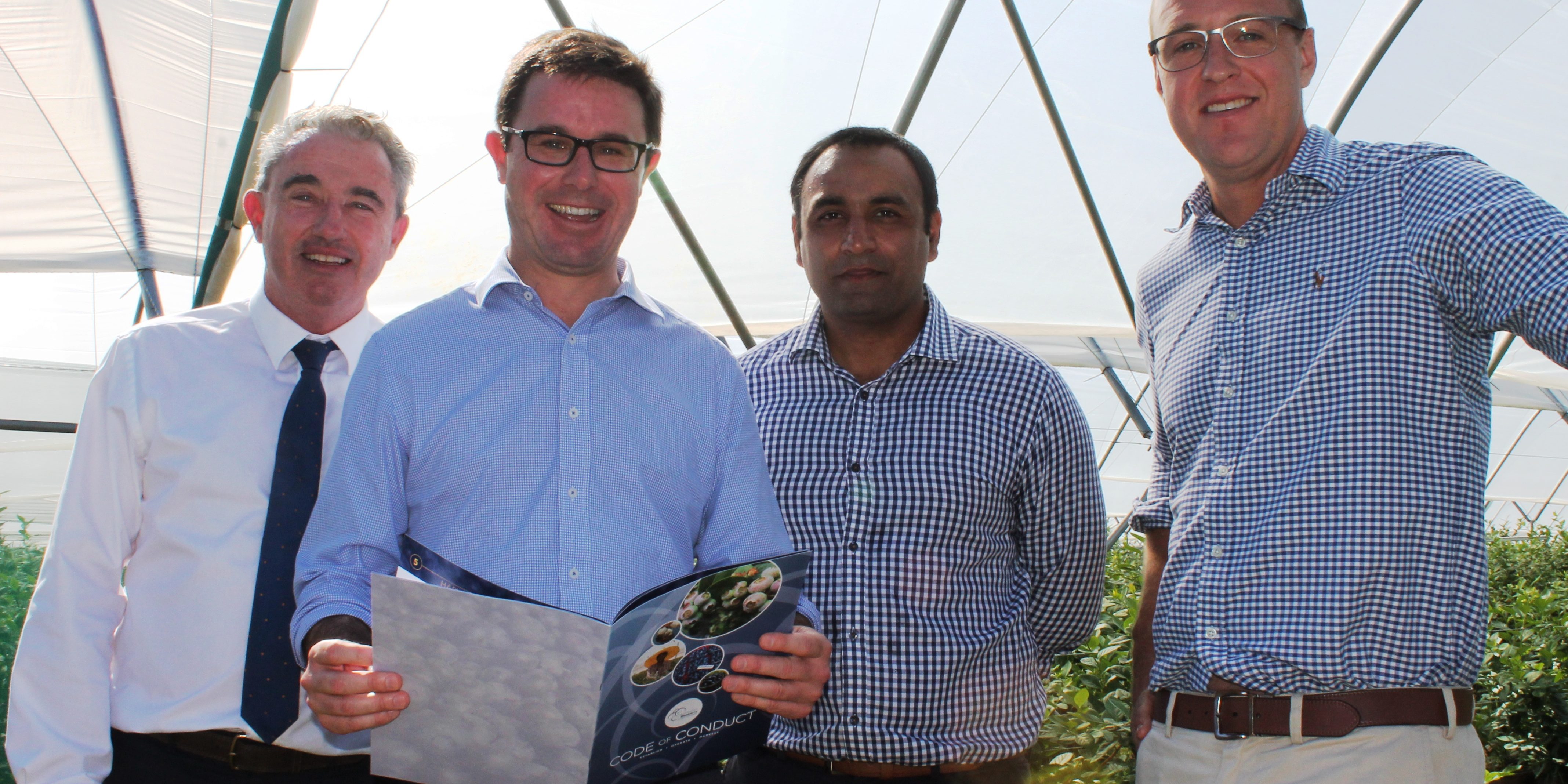 Federal Member for Page Kevin Hogan said Australia’s growing blueberry industry has taken the lead on addressing key land use and rapid industry growth challenges with the release of a new industry led Code of Conduct.

He said he Code of Conduct would clearly define industry best practice to support a vital part of agriculture in NSW.

“Blueberry production is one of the largest agriculture industry in my electorate and is vital to the Northern Beaches and Clarence Valley’s economy, worth around $95 million in 2015-16,” Mr Hogan said.

“The code will address concerns around spray drift, land use near residential housing and employment issues to clearly define what is acceptable or good practice.

“Every blueberry grower in Australia will receive a copy of the code to guide their day to day farm practices.”

“If you had blueberries in your smoothie this morning chances are they came from New South Wales, which accounts for over 80 per cent of Aussie blueberries,” Minister Littleproud said.

“The blueberry industry continues to grow as it strives to meet domestic and international demand for the tasty fruit.

“The code will help our farmers to maintain key market access through reliable clean, green on-farm practices and to efficiently supply new markets particularly in Asia.

“The Coalition is a strong supporter of the blueberry industry, delivering $5 million through the Leadership in Agricultural Industries Fund to Australian Horticulture.

“I would like to commend the Australian Blueberry Grower’s Association (ABGA), New South Wales Department of Primary Industries and other related departments and local councils for their hard-work in bringing the Code to fruition.”