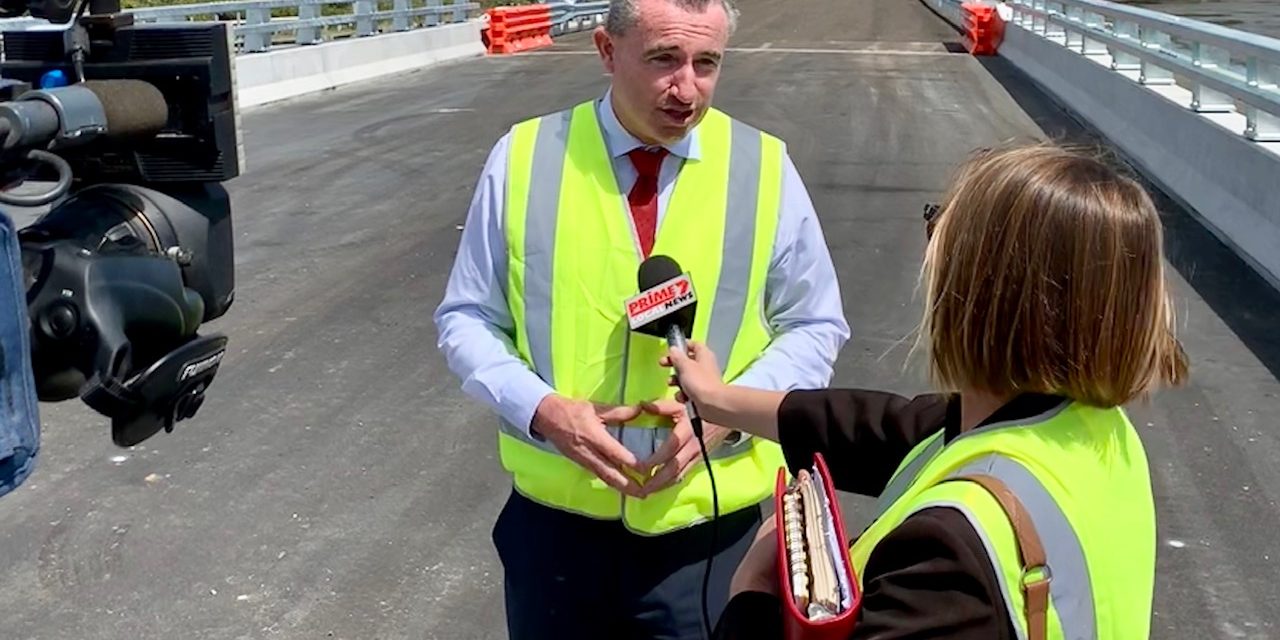 “The replacement of this bridge has been a high priority for Clarence Valley council due to its narrow width and poor condition. They came to me asking for help to fund a new bridge,” Mr Hogan said

“I am pleased that the Federal Government contributed $1.73 million to the cost under the Bridges Renewal Program.

“Vehicles will now be able to pass safely, pedestrians and cyclists are separated from traffic with a dedicated shared path, and the longevity of the bridge has been secured.”

Mr Hogan was joined by the NSW Member for Clarence, Chris Gulaptis and Clarence Valley Mayor Jim Simmons to officially open the new Bridge which was co-funded by the Australian and NSW governments and the council.

Mr Gulaptis said: “Due to the condition of the old bridge, it was at risk of having a 20-tonne weight limit imposed.

“Being the only access road to Yamba, Angourie and Wooloweyah from the Pacific Highway, that would have impacted local freight movements and local businesses, adding tens of thousands of extra heavy vehicle movements to the road as larger loads were split to smaller trucks.

“Instead, we have a wider concrete bridge which will serve both the freight industry and the local community for many years to come, co-funded with a $1.73 million investment under the Restart NSW Fixing Country Roads program.”

“There is only one way in and out of Yamba, Wooloweyah and Angourie, so this bridge is vital to the people who live in those areas.

“The support of the State and Federal governments was instrumental in getting this project off the ground,” Mr Simmons said.

Major projects Kevin Hogan has delivered for our community include: