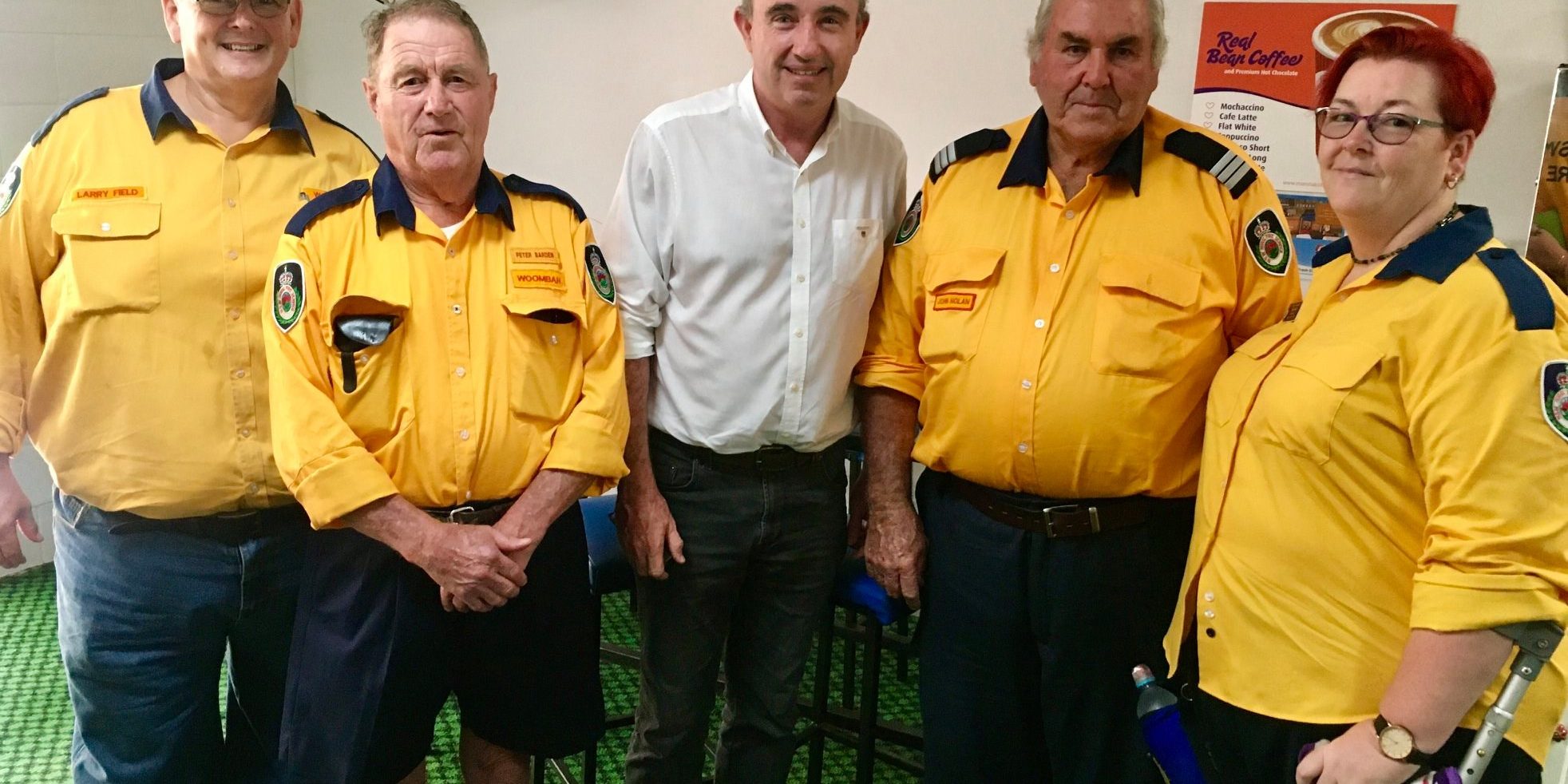 “Volunteer firefighters will receive financial support from the Federal Government for loss of income, where they have been called out for extended periods of service,”  the Federal Member for Page Kevin Hogan said.

“Rural Fire Service Volunteers in NSW who are self-employed or work for small and medium businesses, and who have been called out for more than 10 days this fire season, will be able to apply for the payments.” “The payments will provide for lost income of up to $300 per day up to a total of up to $6,000 per person.”

“These payments are tax free and will not be means-tested, but are targeted to those most likely to suffer lost income by volunteering for extended periods of time.”

“For most, this will represent the equivalent of at least 20 days’ emergency leave for employees of small and medium sized businesses and volunteers who are self-employed,” he said.

”This will include farmers, small business owners, tradies’ and contract workers in rural and regional areas who have been hit especially hard by this fire season.”

The Federal Government announced they would be providing paid leave for up to four weeks for Commonwealth public servants fighting these devastating fires.

“This announcement provides employees of small and medium sized businesses and self-employed volunteers with the same level of support.” he said.

Other state and territory governments are invited to enter into a similar scheme based on their assessment of need and the demands on their volunteer effort from their own fire seasons. Other requests for assistance will be assessed on their merits.

“While I know RFS volunteers don’t seek payment for their service, I don’t want to see volunteers or their families unable to pay bills, or struggle financially as a result of the selfless contribution they are making,” he said.

“This is not about paying volunteers. It is about sustaining our volunteer efforts by protecting them from financial loss. It’s targeted and is the result of a direct request and consultation with the NSW RFS and NSW Government, following the Commonwealth’s announcement of increased emergency services leave for Commonwealth public servants earlier this week.”

“The fire chiefs and state and territory governments know they have our full support.”

“Disaster recovery payments of $23 million have also flowed to affected families and businesses with more to come.” “This is a helping hand from the Federal Government for those giving to their community through an extreme fire season.”

“These payments will help support volunteer fire fighters financially for all the support they’ve provided our communities,” he said. Payments are expected to be available before the end of January 2020.