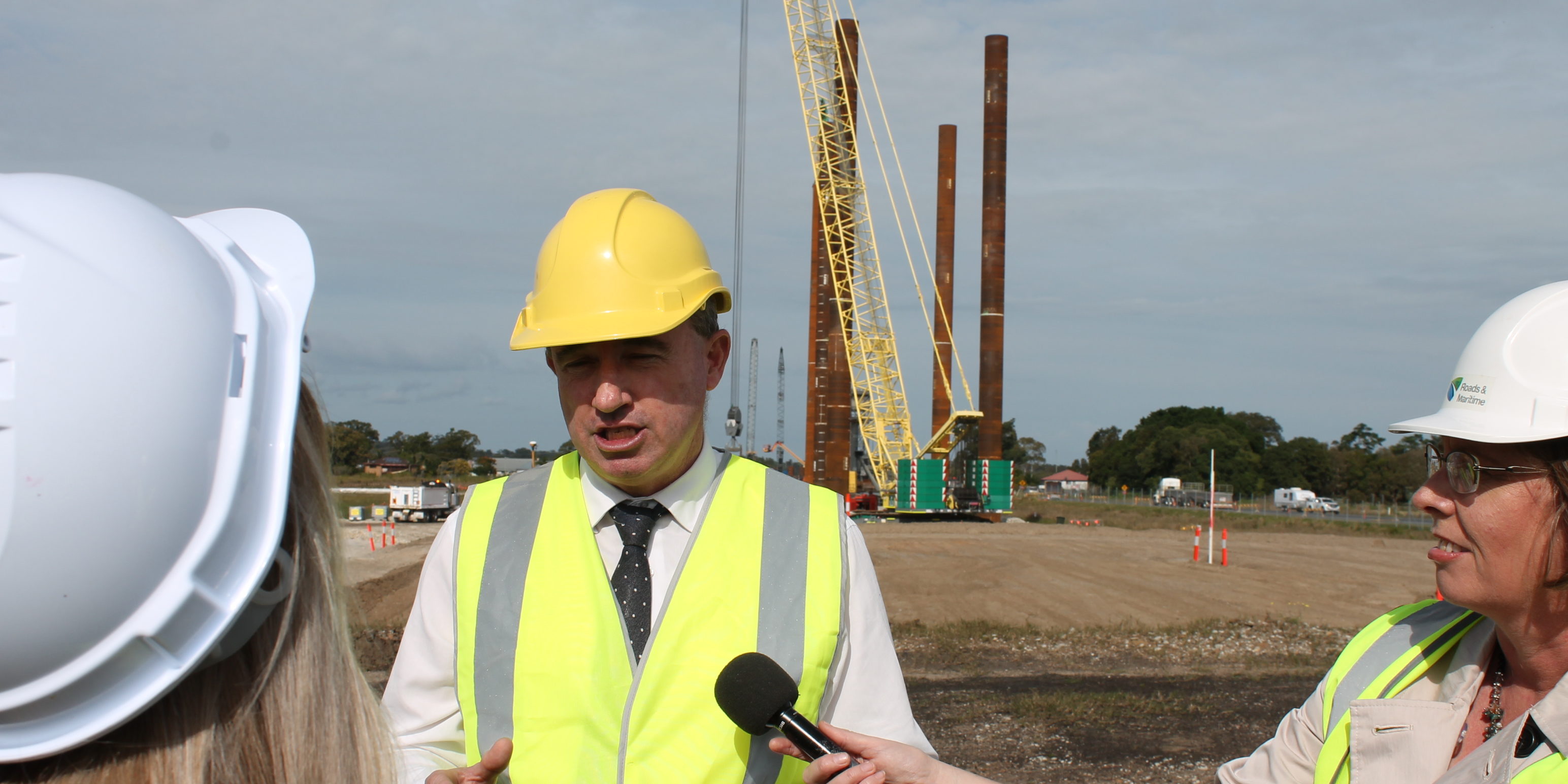 Federal Member for Page Kevin Hogan and State Member for Clarence Chris Gulaptis said contracts have now been awarded to construct 118 out of the 166 bridges being built as part of the Woolgoolga to Ballina section of the Pacific Highway upgrade.

BGC Contracting Pty Ltd has also been awarded a contract to undertake major works on the Tyndale to Maclean section of the Woolgoolga to Ballina upgrade, which is about 13 kilometres in length.

Mr Hogan said the three new contracts kept the pipeline of jobs and economic stimulus flowing through our community.

“This continual stream of investment in one of Australia’s major infrastructure projects is great news for local jobs and our community,” he said.

“The benefit from these new contracts will also flow through to supporting industries such as accommodation and hospitality,” he said.

“Almost 2,300 people are now working on Pacific Highway projects between Port Macquarie and Ballina, providing a substantial boost to the North Coast economy.”

Mr Gulaptis said new bridges were being built at 109 locations between Woolgoolga and Ballina, along with new or replacement creek crossings, underpasses and overpasses.

“Bridge building work has been contracted separately to other works in order to speed up delivery of the upgrade, which remains on track for completion by 2020. I’m pleased to see a range of experienced companies selected to deliver this latest package of bridges,” he said.

“We are seeing tremendous progress on the overall project, and equally impressive benefits for the region’s economy. These new contracts won’t just deliver new infrastructure for the region – they will lock in local jobs and prosperity.

The Australian and New South Wales governments are funding the Woolgoolga to Ballina upgrade on an 80:20 basis. For more information on the project visit: www.rms.nsw.gov.au/W2B.