Let the light rush forth at Rushforth Park 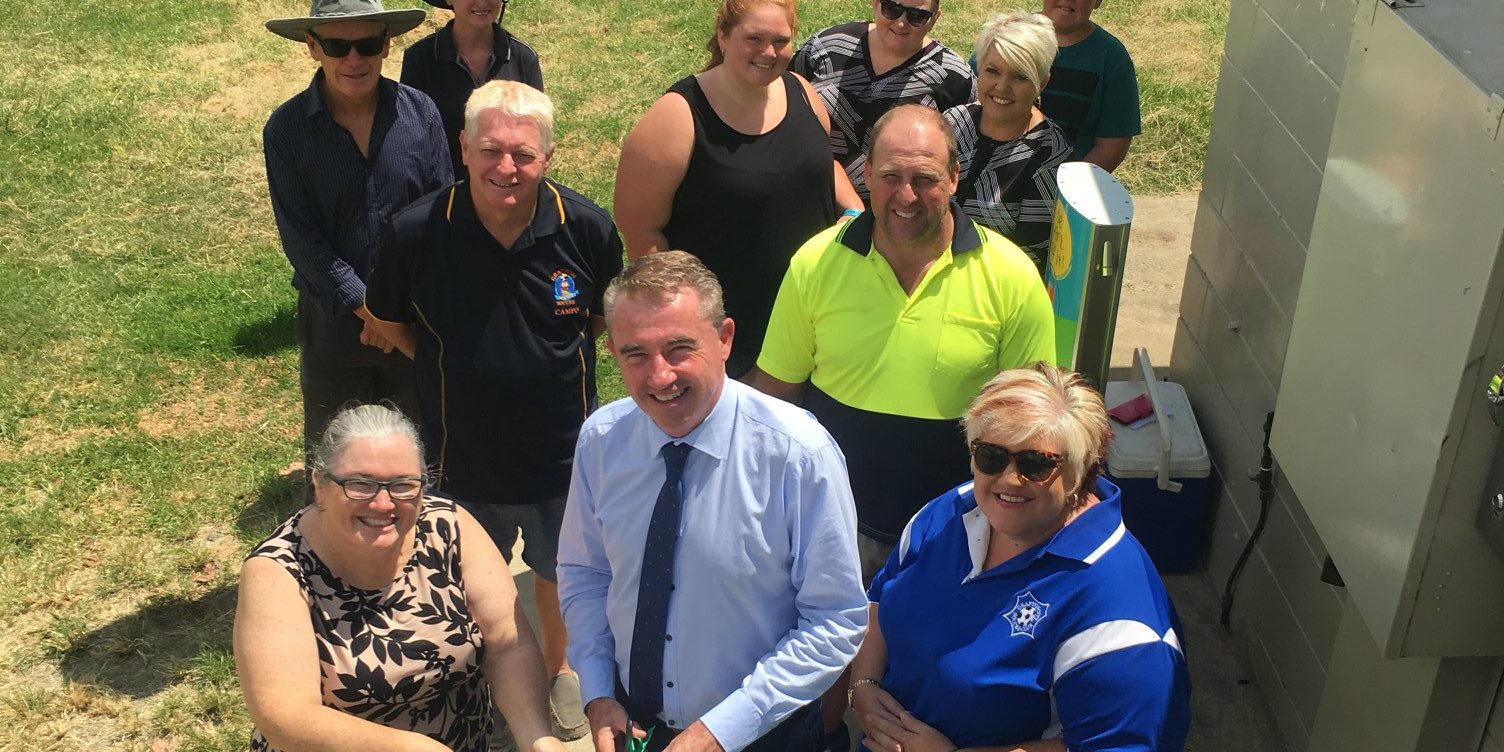 Federal Member for Page Kevin Hogan said more night games and training could now be played at Rushforth Park, thanks to a $30,000 Federal Government grant to upgrade the field’s meter box.

“This is great news for the community,” Mr Hogan said.

“Hundreds of keen soccer players, from young to more senior, use this field throughout the year. The upgraded meter box means existing lights on both fields can now be switched on at the same time.

“This means more games and could even see Rushforth Park hosting regional competitions.

“Not only does the upgrade provide a more efficient power supply for the park’s lighting, it also allows for energy to be conserved and reduce power costs.

“I would like to thank Rushforth Park Towns Club for contributing almost $4500 to the project.

“It became abundantly clear at the end of last season the necessity to have the capacity for the meter box upgraded as many teams were having to play catch up games due to the weather and ground closures. Some teams had to play a number games for a number of weeks.

“The meter box upgrade will allow the option for Clubs/Teams to have two games being played at the same time under quality playing lights.

“The meter box upgrade also allows all facilities to be utilised at the same time while games are being played at Rushforth Park over the Winter season.”