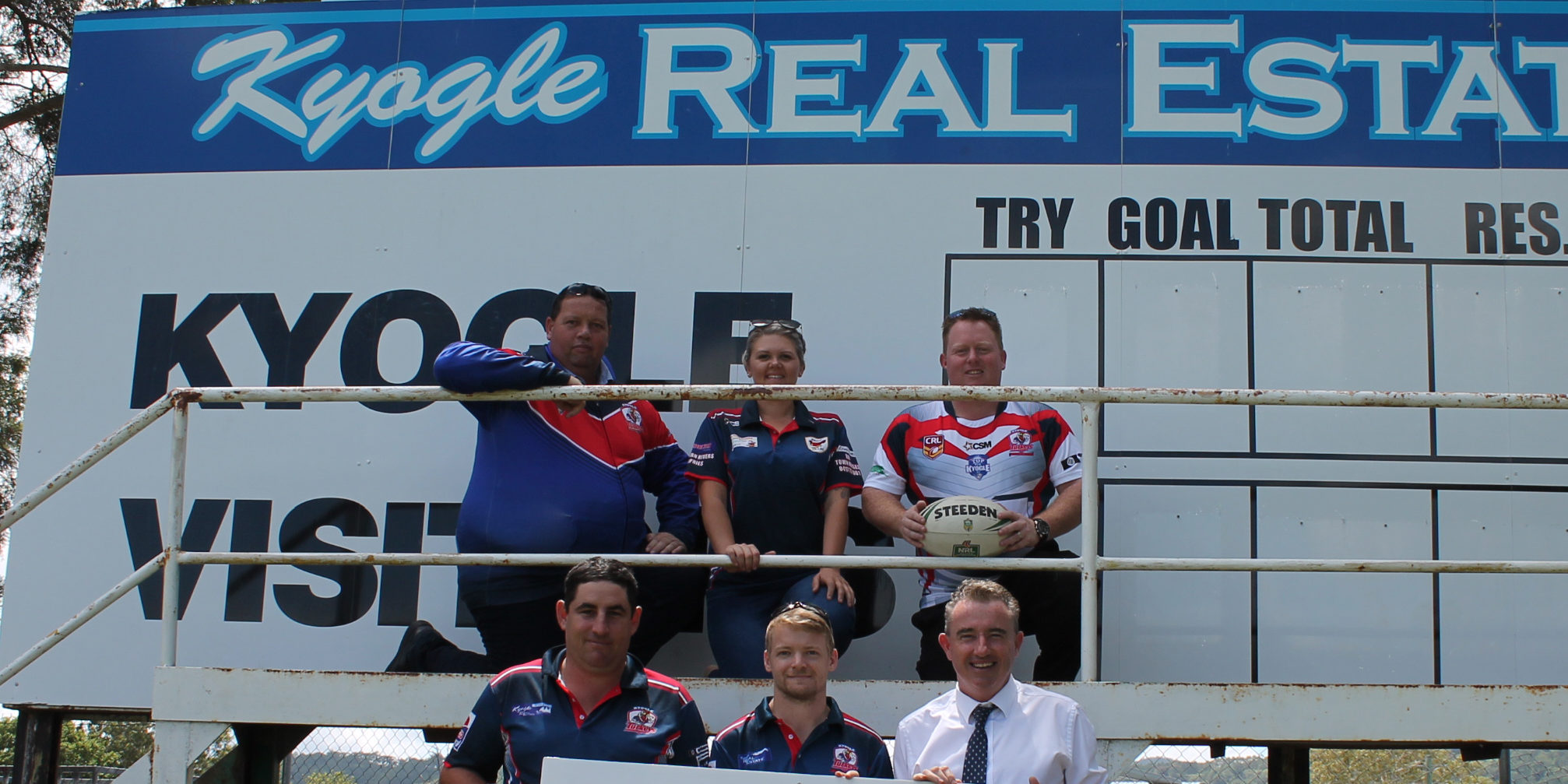 “This is great news for the club and the community,” he said.

“Both the upgrade of the dressing shed for older players and the new women’s toilet have been on the club’s wishlist for a long-time.

“I am very happy to give them this grant which will allow the club to be part of the newly created Northern Rivers Womens League Tag competition.

The Kyogle New Park Grounds is currently used by about 400 players in the Kyogle Senior and Junior Rugby League clubs, Kyogle Touch Association, Little League and several other organisations.

Club president Simon Tough said the upgraded facilities would be a ‘big bonus’ for the local sporting community.

“We have wanted to upgrade our facilities for a long time but haven’t had the funds. I would like to thank Kevin Hogan who made sure this grant was successful,” he said.