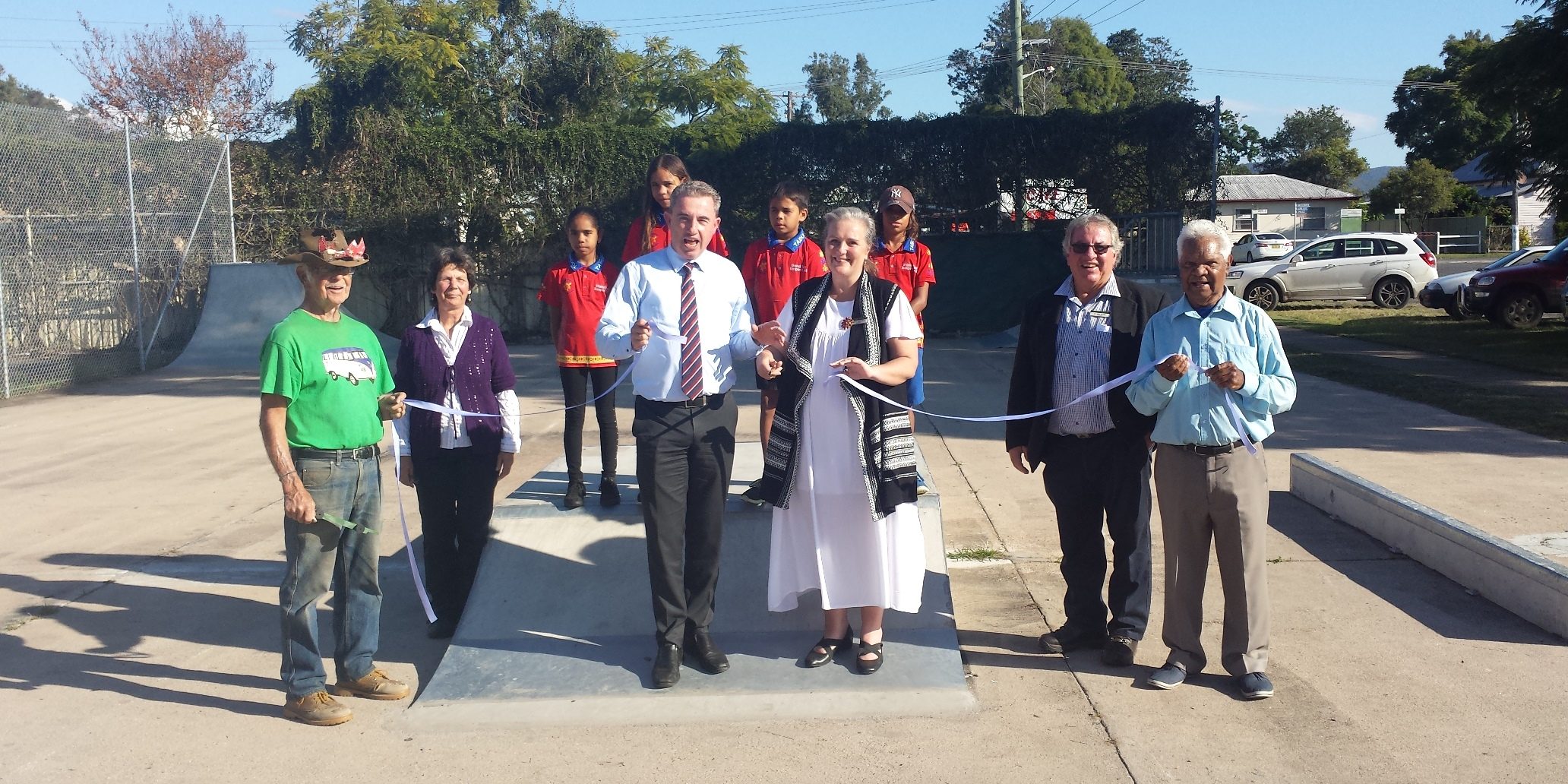 “This is a great day for young people in Tabulam who had identified this project as a priority for them,” he said.

“Not only did young people lead the campaign to get this Skate Park, they also played a central role in its final design.

“I would like to congratulate them all, as well as the Tabulam Skate Park Committee, the Chamber of Commerce and the local community who helped to make the skate park a reality.

“It was a real community effort.”

The Federal Government provided $20,000 to the project through its Stronger Communities Program, the Tabulam Chamber of Commerce put in $2000 and Kyogle Council contributed $44,800.