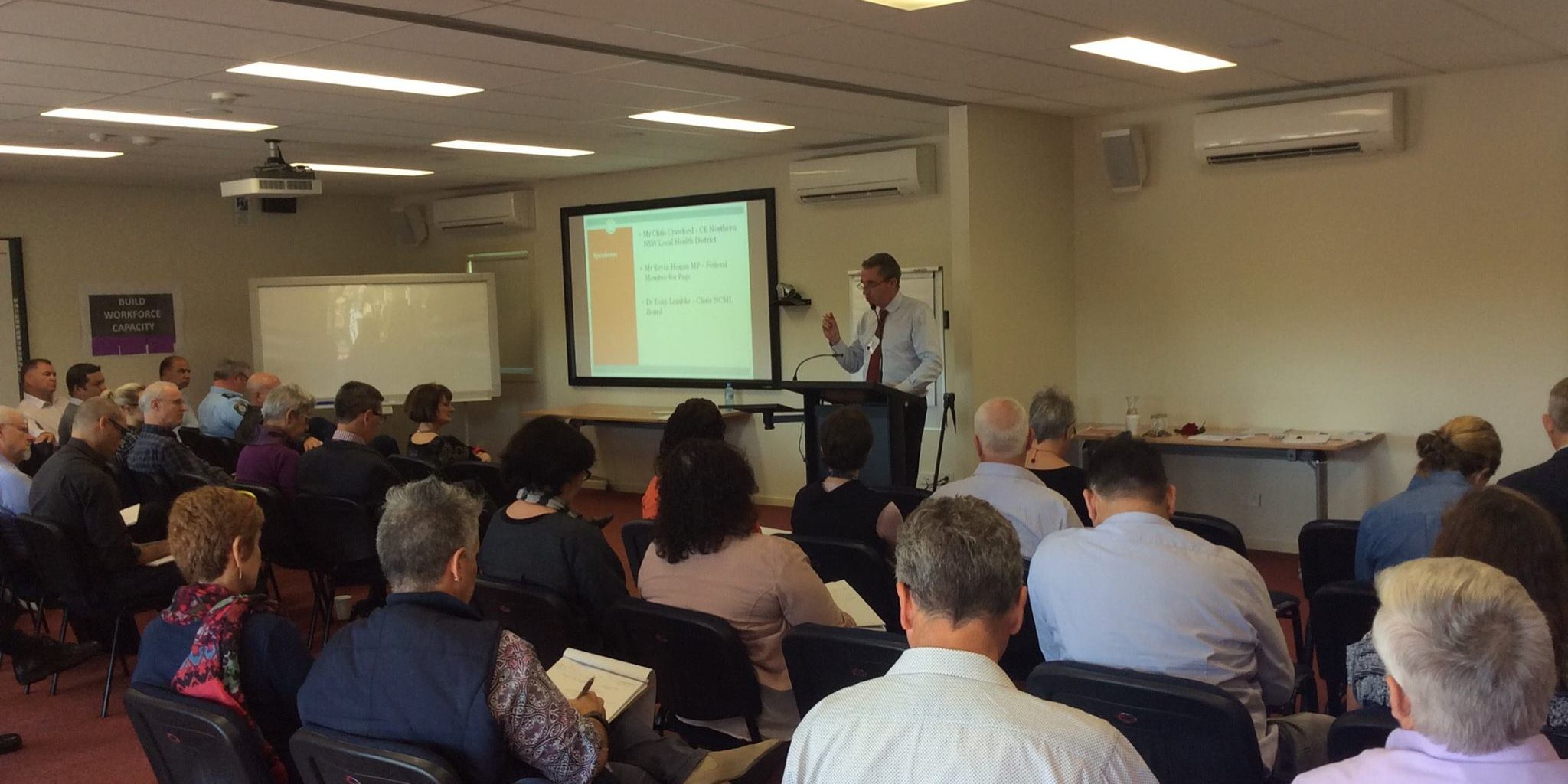 Federal member for Page Kevin Hogan has told the National Ice Taskforce that increased resources to fight the scourge of Ice should be allocated to front-line services rather than administrative or bureaucratic positions.

Mr Hogan’s comments are contained in his submission to the National Ice Taskforce.

He told the Taskforce there had been a substantial increase in the use of Ice within the Northern Rivers and Clarence Valley communities that urgently needed to be addressed.

“The use of Ice has well demonstrated psychological and medical consequences, many of which were highlighted in a recent Community Consultation that was undertaken in Lismore,” Mr Hogan wrote.

“This drug puts undue pressure on families and communities in a variety of ways, including the break up families as they try to escape the toxic effects of Ice, and financially as the community attempts to look after the welfare of the user.

“The unpredictable nature of the drug also puts considerable pressure on those who try to assist users, as there is no warning when a user may “snap” and become physically aggressive and violent.”

While highlighting a number of successful local programmes tackling Ice use, Mr Hogan said an “increase in rehabilitation and education should be the primary focus of any additional funding”.

He said the National Strategy being developed by the Ice Taskforce should include:

* An increase in the availability of local, walk-in substance abuse centres. Current waiting lists mean that people have to actively prepare to come off the drug – something that is unlikely with Ice addicts.
* A recognition that local hospitals are often seen as the default landing pad for Ice and substance abuse victims, which ties up resources needed for other patients.
* That the Taskforce recognises in regional areas local communities often play a significant role rehabilitation which means appropriate treatment should be in a location where recovery users can access their support base.

Public submissions to the Taskforce can be made at www.NationalIceTaskforce@pmh.gov.au and must be received by the close of business on Friday May 29.