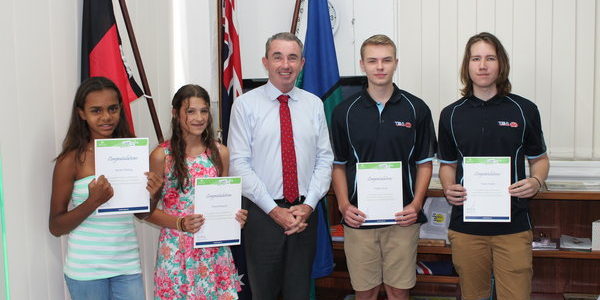 Federal member for Page Kevin Hogan said sporting opportunities for children in the Northern Rivers and Clarence Valley were set to expand now that our local primary schools could apply for funding through the Federal Government’s $100 million Sporting Schools programme.

He said the before, during and after-school hours sporting programme is designed to deliver sports to the particular needs of local schools to get children active, engaged and having fun, more often.

“I urge local schools which have not yet registered, to do so and apply for funding as part of the Government’s $100 million Sporting Schools programme,” Mr Hogan said.

“The new Sporting Schools program gives local primary schools more versatility to run activities before, during or after school time.

“We know it’s vitally important that we help children in the Clarence Valley and Northern Rivers develop healthy and active habits early in life.”

Mr Hogan said local primary schools could apply for funding between now and 26 June, and be part of a national programme that’s set to improve children’s participation in sport.

“Approximately three quarters of children spend their spare time watching television, only one third of children are getting the recommended hour of physical activity a day and only half are involved in sport,” he said.

“With this in mind, the Federal Government is committed to providing Australian children with an opportunity to build healthier habits early in life.

“Sporting Schools is about developing children’s love of sport during those early years. It’s about nurturing their love of fitness and activity so that they become committed to a long term sporting life and fostering skills in leadership, teamwork, social inclusion and community spirit.”

More than 2000 primary schools have registered for the programme, which aims to eventually include 5700 primary schools across the country and to target over 850,000 children to get involved in a before, during or after school sporting activity.

This year’s round of programme delivery grants will enable primary to deliver sports-based activities during Term 3 and 4 this year.