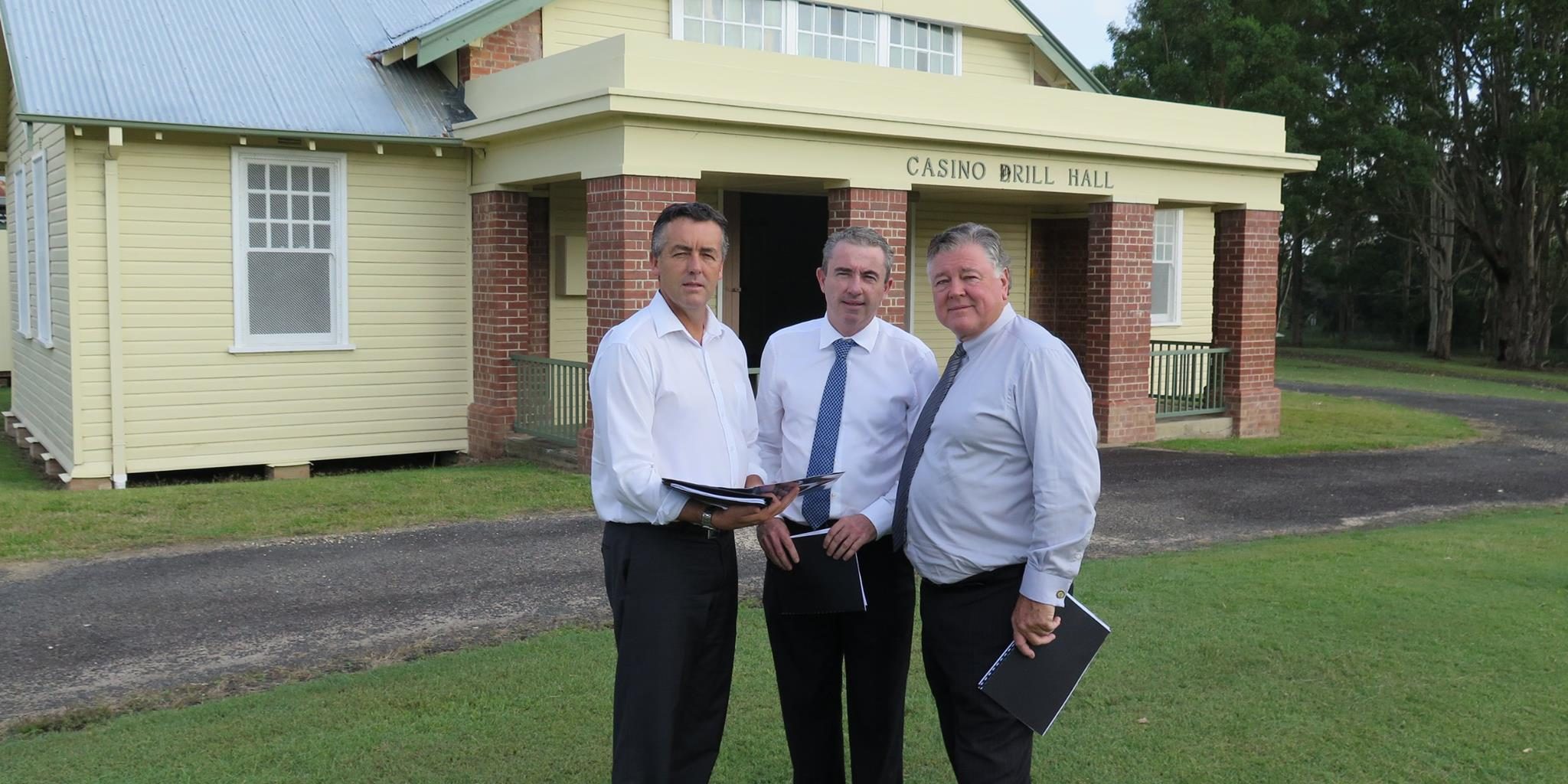 Federal member for Page Kevin Hogan has called for a one-month extension to the deferred sale of the Casino Drill Hall to allow time for the community to conclude negotiations with the Department of Defence to buy the hall.

Mr Hogan secured a deferment of the sale of the historic Drill Hall last December, just days before it was to go to public auction, so that the community could raise funds to buy the hall and keep it in public hands.

“It was a great five-minutes to minute victory for the community,” Mr Hogan said. “But the clock is now ticking and the community needs one more month to hopefully clinch the sale.”

“It would be a shame if the community’s efforts fell at the final hurdle simply because they ran out of time.”

The Department of Defence put the historical hall on the market last year after it was deemed surplus to its requirements following a review in 2008.

However, after Mr Hogan attended a community meeting opposed to the sale, he successfully lobbied the Minister to defer the auction to allow the community to look at ways it could purchase the hall and keep it in community hands.

The Casino Drill Hall was formerly used by 3 Platoon, A Company of the 41st Battalion Royal New South Wales regiment, which now parades in Lismore.

The community has proposed to turn the historic Drill Hall into a Northern Rivers Military Museum to recognise the region’s contribution to the Australian Defence Forces.