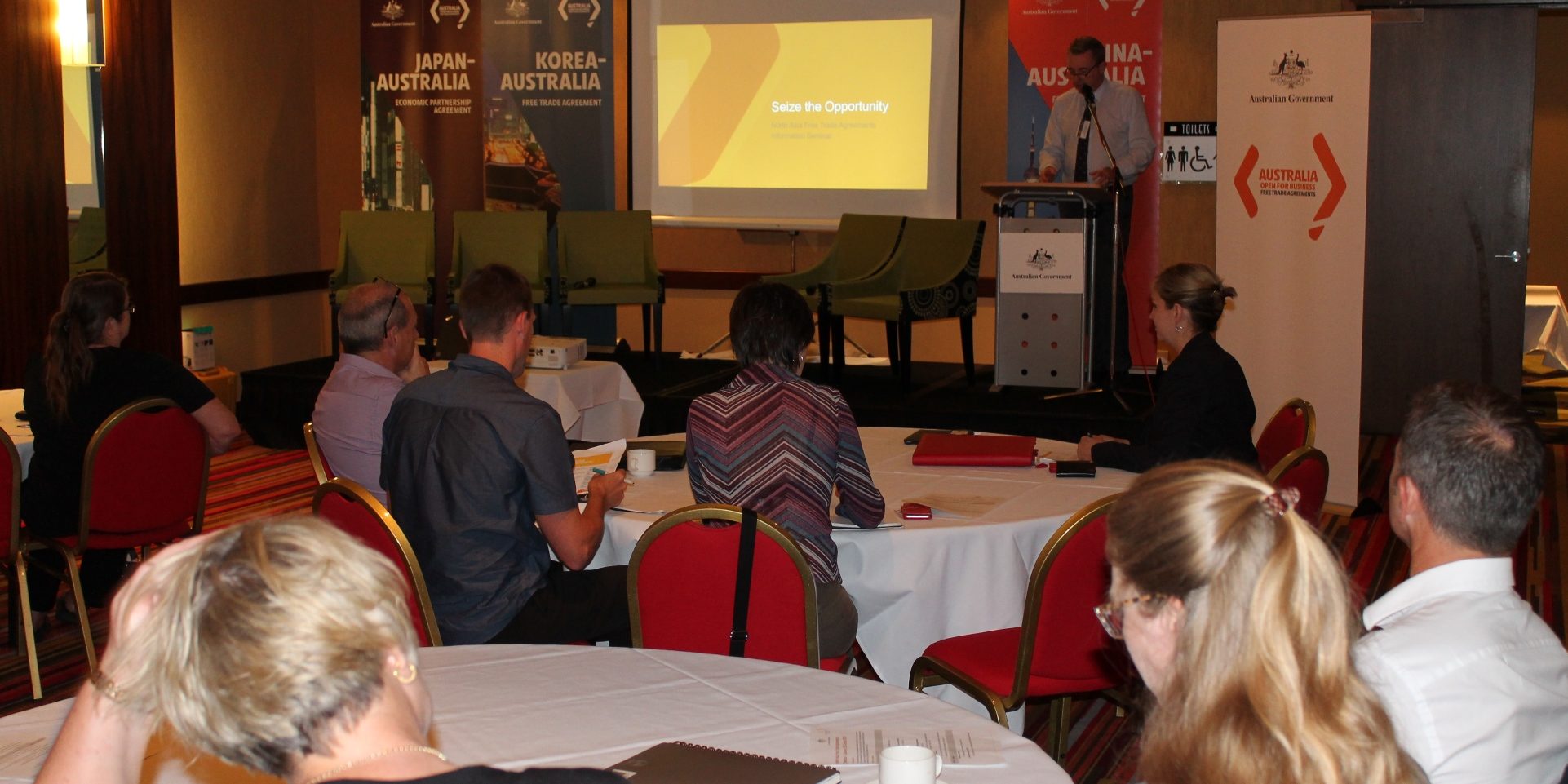 Local businesses attended a seminar this morning in Lismore about how they can increase exports and create new jobs for locals under the China Free Trade Agreement.

Federal member for Page Kevin Hogan organised the seminar that included Amanda Farry from the Department of Foreign Affairs and Trade, Julianne Merriman and Lara Adams from Austrade, Garbrielle Oriel from TradeStart and Nathan McGrath from AustIndustry.

“All the Free Trade deals the Government has signed over the last two years can help small businesses in the Northern Rivers to increase their exports and create new jobs,” he said.

“I organised this seminar because it is important that our small businesses do not miss out on the massive opportunities presented by Chafta and the other three Free trade deals the Government has signed.”

Among the businesses that attended the seminar were RDS Technologies, Richmond Dairies, the Locale Group, the Australian Macadamia Society and Southern Cross University.

Mr Hogan said independent economic modelling shows that Australia’s FTAs with China, Japan and Korea will together add $24.4 billion to the Australian economy over the period 2016-2035.

“The Trade agreements are particularly good for our region with tariffs slashed on beef, dairy, macadamias and other agricultural produce. This will allow exports to increase which will have a flow on effect for other business and our local economy,” he said.

Since coming to office, the Government has signed Free Trade Agreements with Japan, South Korea, China and the Trans Pacific Partnership which includes 12 Pacific Rim countries.