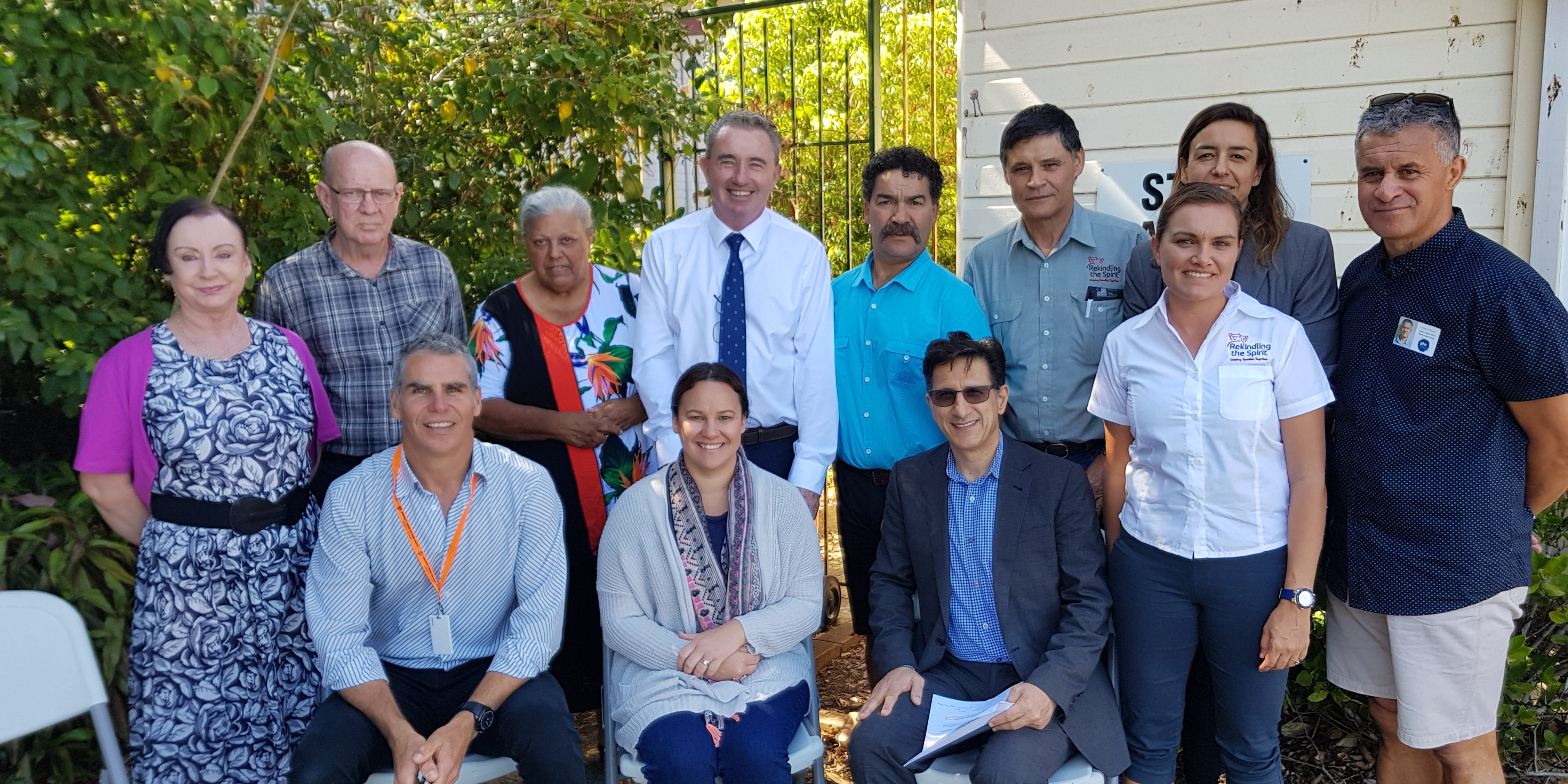 Federal Member for Page Kevin Hogan today launched a new evidence based program to enhance the wellbeing of Aboriginal people in the Northern Rivers.

The program called Garimaleh Werlu Na (taking care of yourself) has seen the North Coast Primary Health Network (NCPHN) allocate $118,315 in Commonwealth funds to the University Centre for Rural Health.

“This is a pilot program that applies compassion focused therapy on those who have suffered trauma.” Kevin Hogan said.

“Most people who have suffered traumatic experiences turn on themselves, and become their own worst critiques,” Mr Hogan said.

“This heavy self-criticism can easily lead to depression, shame, self-harm and suicidal thoughts which is obviously detrimental to the individual”.

NCPHN Chief Executive Dr Vahid Saberi said the trial was significant in that it would result in culturally responsive services being available to those whose mental health is at risk within Aboriginal communities.

“It must be recognised that such therapeutic programs are developed from the cultural understanding of the trauma and disconnection experienced by Aboriginal people and the effect of this trauma on their health and wellbeing.”

The Bunjum Aboriginal Corporation is one of three Aboriginal service organisations taking part in the trial. The other two organisations, Namatjira Haven and Rekindling The Spirit, are delighted that the trial is taking place as it will complement current therapies.