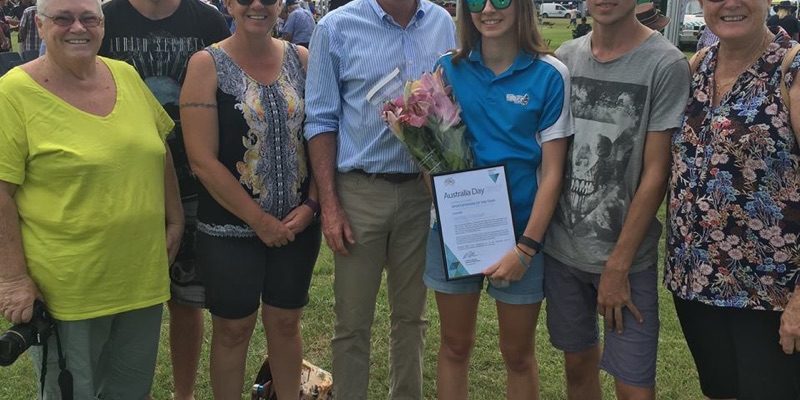 I would like to thank the Richmond Valley Council staff who put together the Australia Day celebrations at the Woodburn – it was a great family day.

Congratulations to all the Australia Day winners and nominees.

I would like to welcome all of our new citizens who took their oath on Australia Day.

Congratulations also to the local Woodburn businesses which decorated their shopfronts in celebration of our national day. I was one of the judges who had a very difficult task.

The SES volunteers do a wonderful job keeping us safe during storms and other emergencies.

This new facility will allow them to do their job even better.

I would like to thank all the volunteers, as well as SES Regional controller Andrew McPhee and unit controller George Smart.

Richmond Valley Council contacted me late last year asking me to re-allocate the $1 million I promised to fix Richmond Terrace.

The Council initially nominated Richmond Terrace to be part of a package of more than $2 million to fix a number of our local roads across the Northern Rivers that I made during the election.

However, the council asked me to re-allocate funds to accelerate the repair of the heavily used Woodburn-Coraki Road.

The council were concerned that given the large amount of construction traffic using this road during the duplication of the Pacific Highway, its condition, which is already poor, would quickly deteriorate even further.

The safety of motorists is always my first concern and I agreed to take the issue up with the Minister, who agreed to re-allocate the funds.

The council has told me that they have an alternative plan to improve Richmond Terrace.