Slam dunk for Basketballers in Kyogle 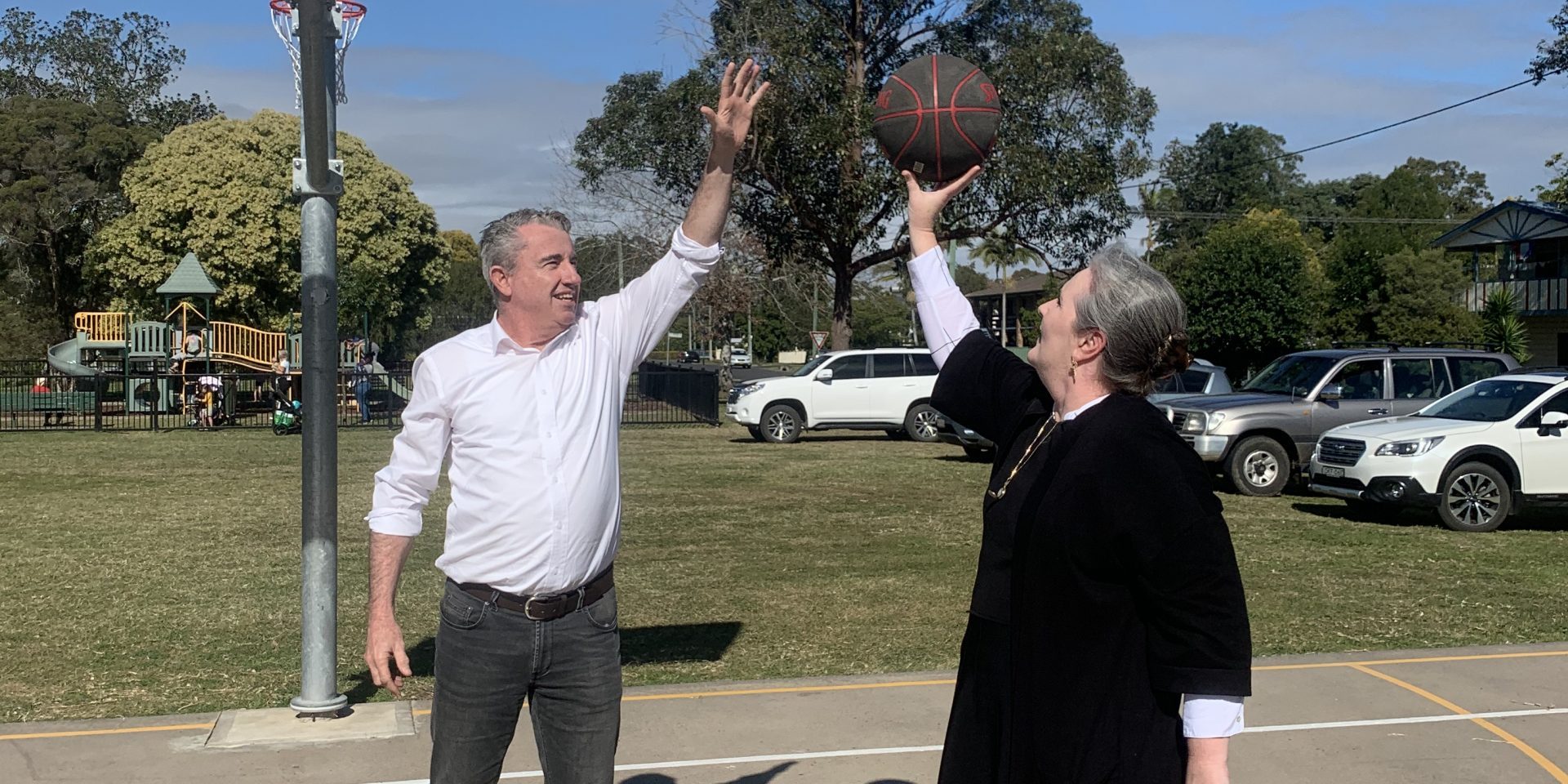 Anzac Park in Kyogle is a fantastic community facility. Kyogle Council came to me wanting to replace and upgrade the old basketball court.

Federal Member for Page Kevin Hogan said this would give youth in the area an additional recreational place.

“I secured a Federal Government grant last year to get the project started, it is great to see this finished today,” Mr Hogan said.

“Basketballers now have a new court play on at Anzac Park.”

“This has allowed Council to replace the existing netball posts on one court to provide changeable netball and basketball posts and line markings.”

“Council asked Kyogle’s youth what was missing, and they said a basketball court.

“These funds from the Federal Government has allowed Council to tick off another community-identified priority project.”