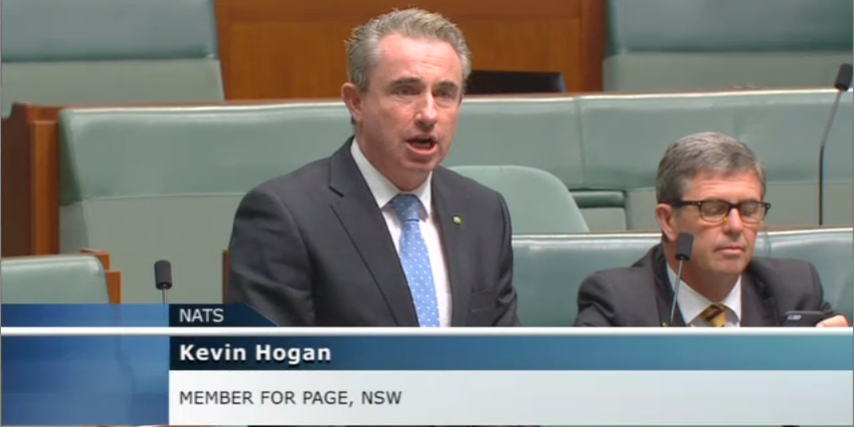 I spoke in Parliament about our measures to get Multinationals to pay their fair share of tax. Below is a transcript of my speech to the House of Represenatives and you can watch it here.

Mr HOGAN (Page) (13:59): Multinationals need to pay their fair share of tax. The new diverted profit tax announced last night will make sure large multinationals are paying the tax they should on profits made in Australia.

I have always believed, as does my community, that, if you make a profit in Australia, that profit should be taxed in Australia. The people in my community of Page work hard and pay their taxes; so should large multinationals.

This new diverted profits tax will result in many billions of dollars to the Australian community. I am proud that this government will close the loopholes that allow large corporations to exploit the differences between Australia’s and other countries’ tax rates.

It will start on 1 July this year. We will provide the ATO with greater powers to deal with these multinationals. They will be penalised at a 40 per cent tax rate.

This will reinforce that Australia has among the toughest laws in the world to combat corporate tax avoidance—a title we should all be proud of.