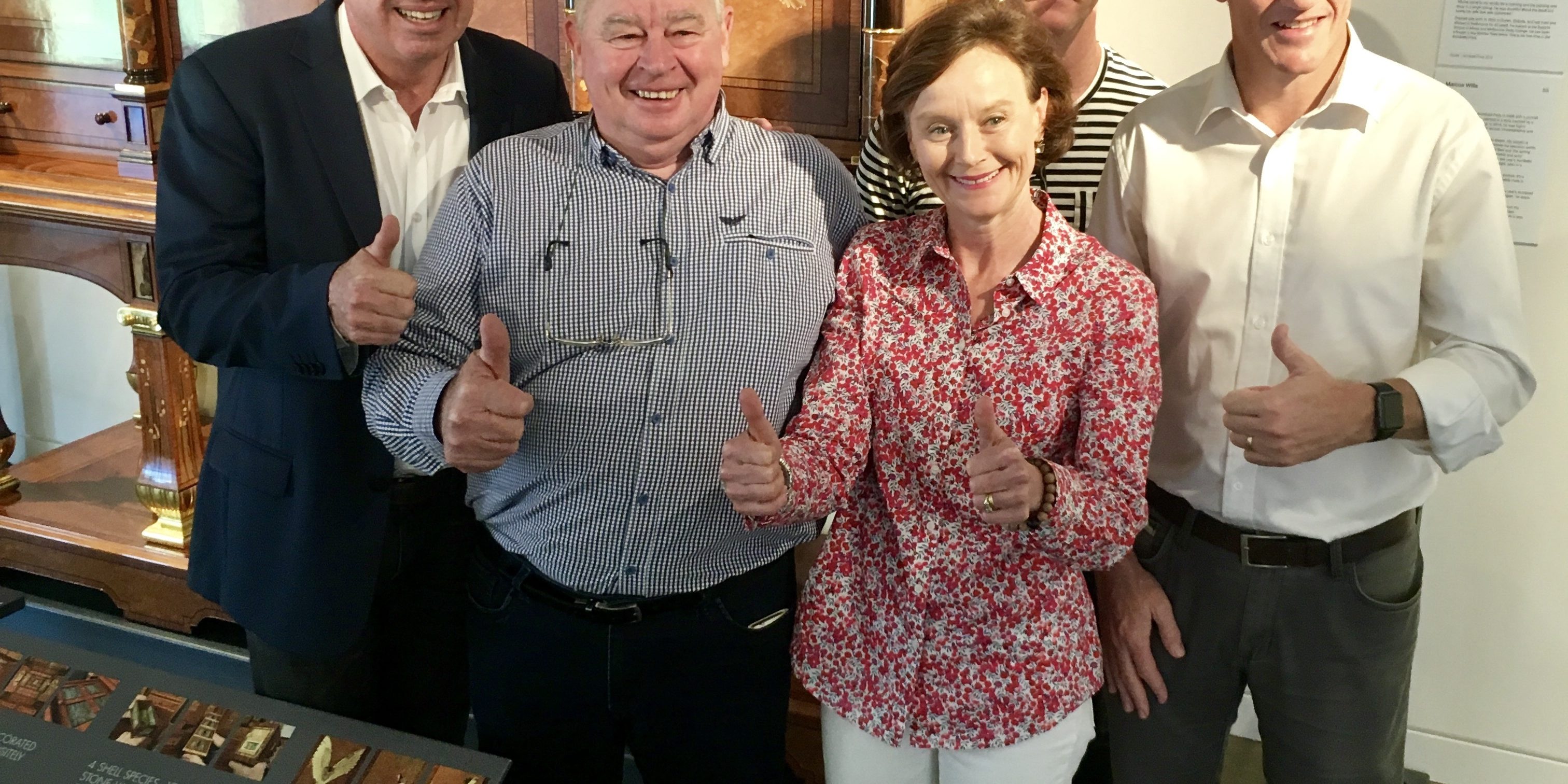 Federal Member for Page Kevin Hogan today announced a re-elected Government would contribute $360,000 towards the purchase of the iconic Hannah Cabinet so that it could remain on permanent display in Lismore.

“The Hannah Cabinet has fast become an iconic piece of craftsmanship and it should remain where it was created, here is Lismore,” he said.

“I am pleased to announce $360,000 to go towards its purchase. This means our community has almost reached the $1 million target to buy the cabinet.”

The cabinet was created by Lismore’s Geoff Hannah and is named after his family.

It took six-and-a-half years to make, has 92 drawers and includes 34 types of timber, four rare species of shell, and 17 types of precious and semi-precious stones.

Christies Auction House described the Hannah Cabinet as a modern-day equivalent of the 18th century Badminton Cabinet. The Badminton last sold for close to $52 million.