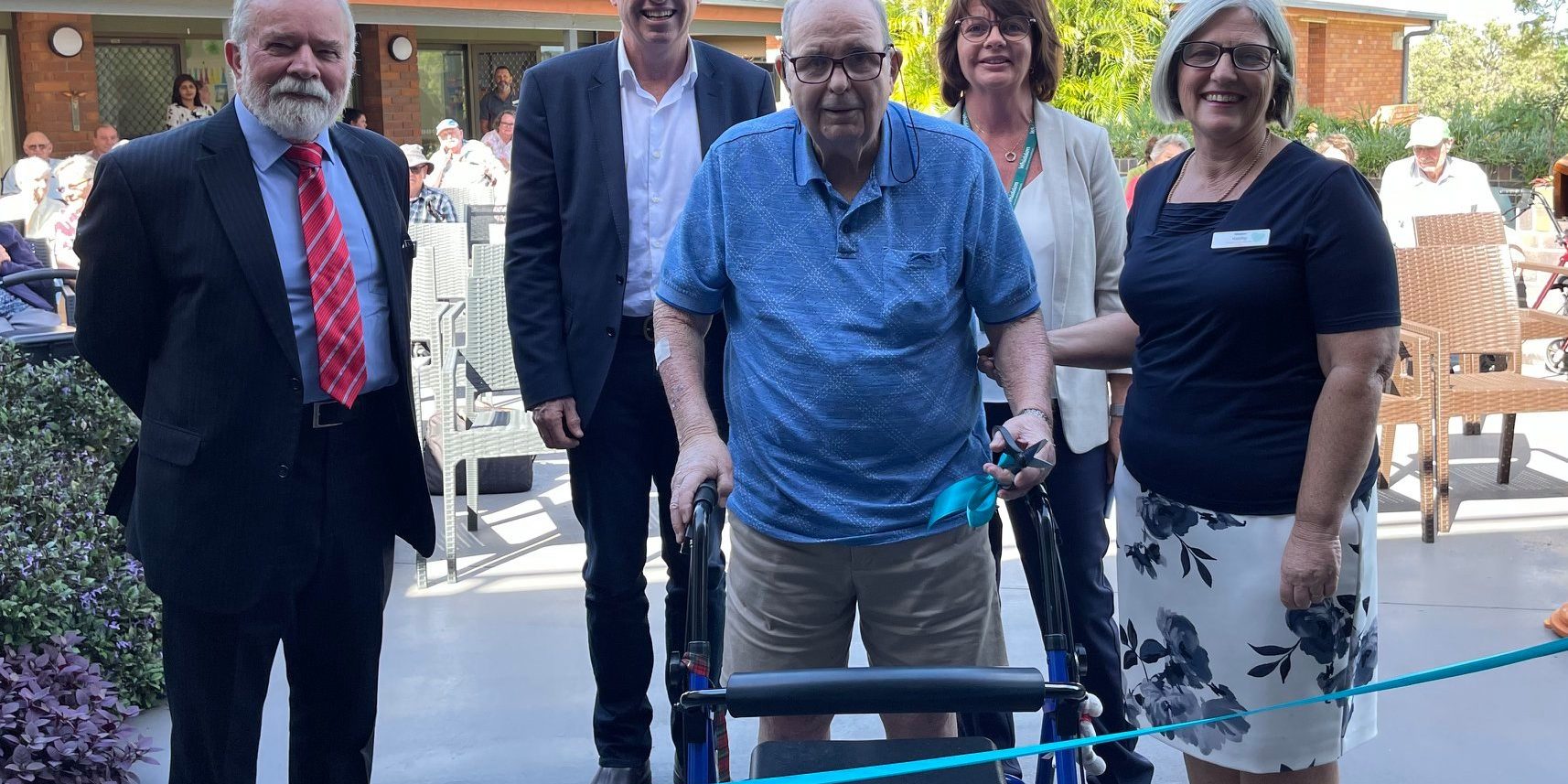 “With this extension, over 60 of our locals will be able to stay in the area, closer to their home and their families,” Mr Hogan said.

“This upgrade has included the construction of a new wing with an extra 32 new aged care places – this exceeds the 23 places originally planned when we announced funding.”

“There are a range of accommodation options including single and double rooms with ensuites, dementia specific and high care.”

“There are also new courtyards to promote outdoor living, access to gardens, a new servery to service two dining rooms, and a new laundry to service a larger aged care home with additional residents.”

“The project supported 48 jobs during construction and it creates another 13 ongoing jobs.”

This project received $4.7 million in funding from the Federal Government under the Regional Jobs and Investments Package and $7.44 million from the Frank Whiddon Masonic Home of New South Wales.