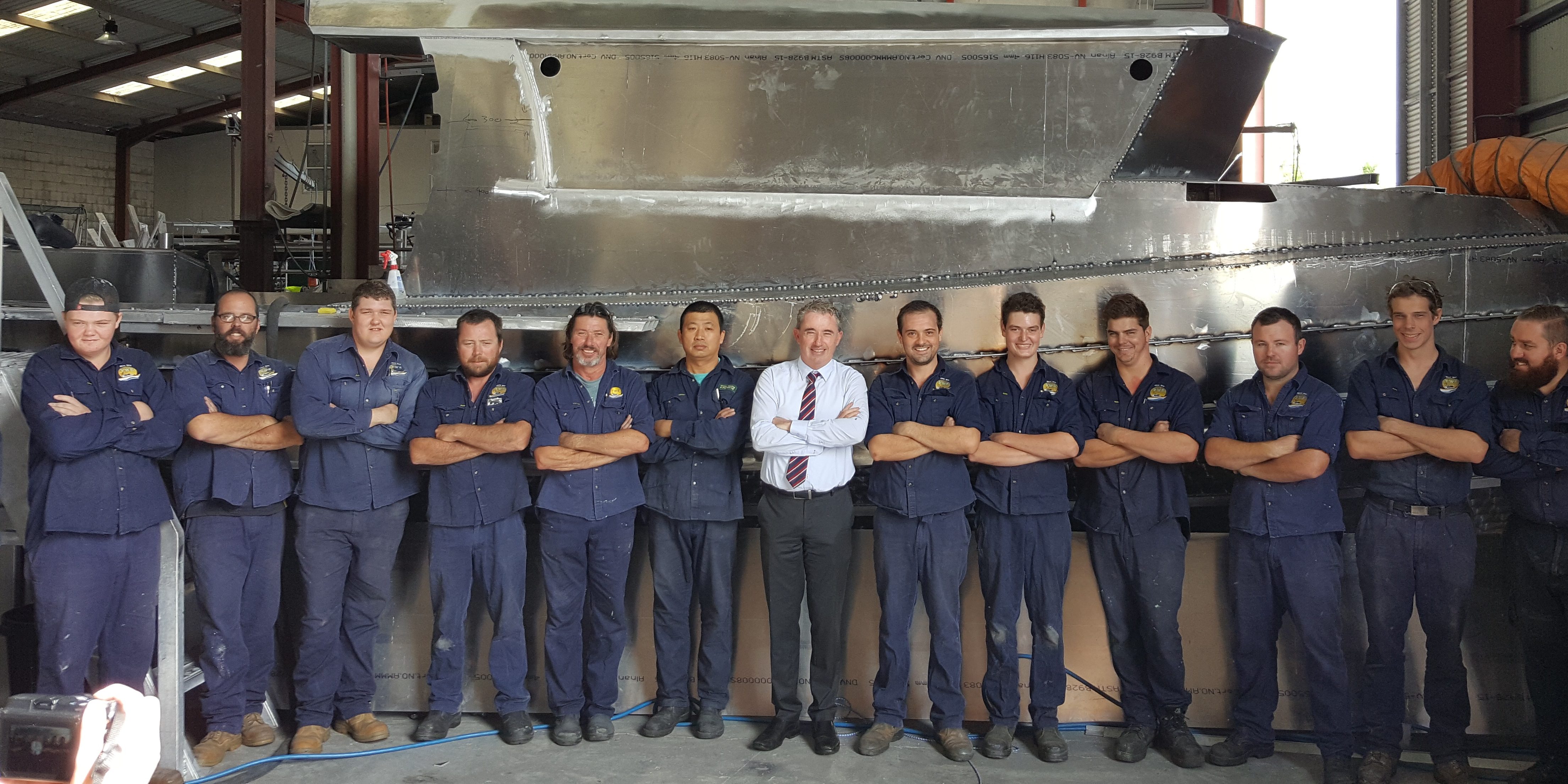 Federal Member for Page Kevin Hogan today congratulated Yamba Welding on winning a Government contract worth more than $5 million to build eight vessels to carry out border control operations around the country.

“This is great news for Yamba Welding, our local community and importantly people looking for work,” Mr Hogan said.

“Government tenders such as these helps to boost small businesses, maintain jobs and build a strong local economy.”

“Yamba Welding won this contract in an open-market tender process which shows our local companies are as good as any in the country.

“Yamba Welding will initially build four 12-metre boats and four 5-metre boats over the next two years with the contract worth more than $5 million.

“The larger boats will be used for patrols in and around major and secondary ports and harbours to create a permanent presence to allow for a rapid response by Australian Border Force when needed.

“The smaller boats will be carried on an off-road allowing the vessels to be quickly deployed to remote coastal regions where there may not be suitable launching and retrieval facilities.”

Yamba Welding and Engineering owner and managing director Bill Collingburn said it “was great to see that the Federal Government has faith in small regional businesses”.

“Winning this contract will allow us to put on more apprentices and staff,” he said.