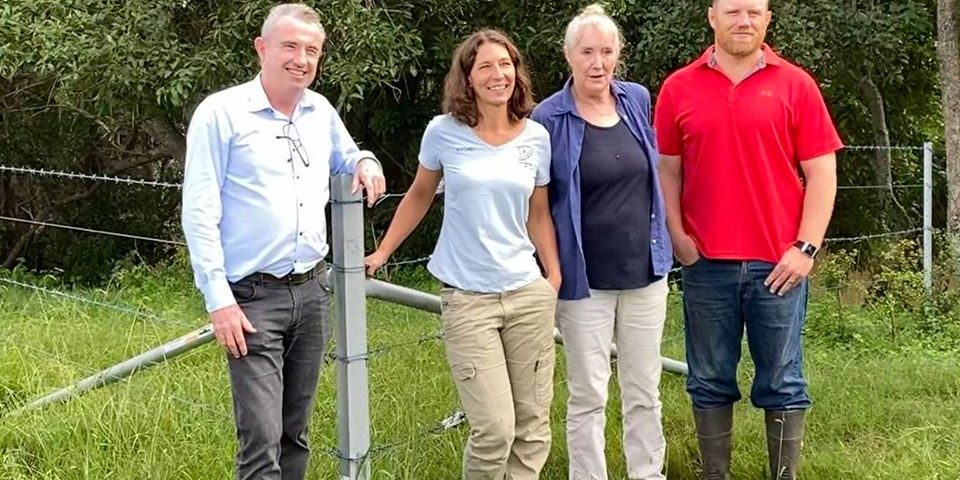 Friends of the Koala have been working with landowners to ensure our koala population have a safe place to live. There is a section of land at Monaltrie/Wyrallah that has an abundance of koalas, but not enough food trees.

This has resulted in koalas spending more time on the ground and crossing roads, bringing them in to contact with cattle, dogs and motor vehicles.

Federal Member for Page Kevin Hogan said they want to create a safe corridor, so koalas can move safely.

“It was great to join members of Friends of the Koala and Monaltrie Landcare to announce $20,000 for an important project,” Mr Hogan said.

“It is essential to exclude cattle when restoring wildlife corridors. This is often the most expensive part of the process.”

“Infra-red sensor cameras will be used to monitor feral dogs to ensure there is no impact to koala numbers.”

“This project will be focussing on areas that have the best regeneration potential. It will avoid areas prone to erosion to stop sedimentation in the river.”

“This land is great as the river acts as a natural barrier for wildlife that are harmful to koalas.”