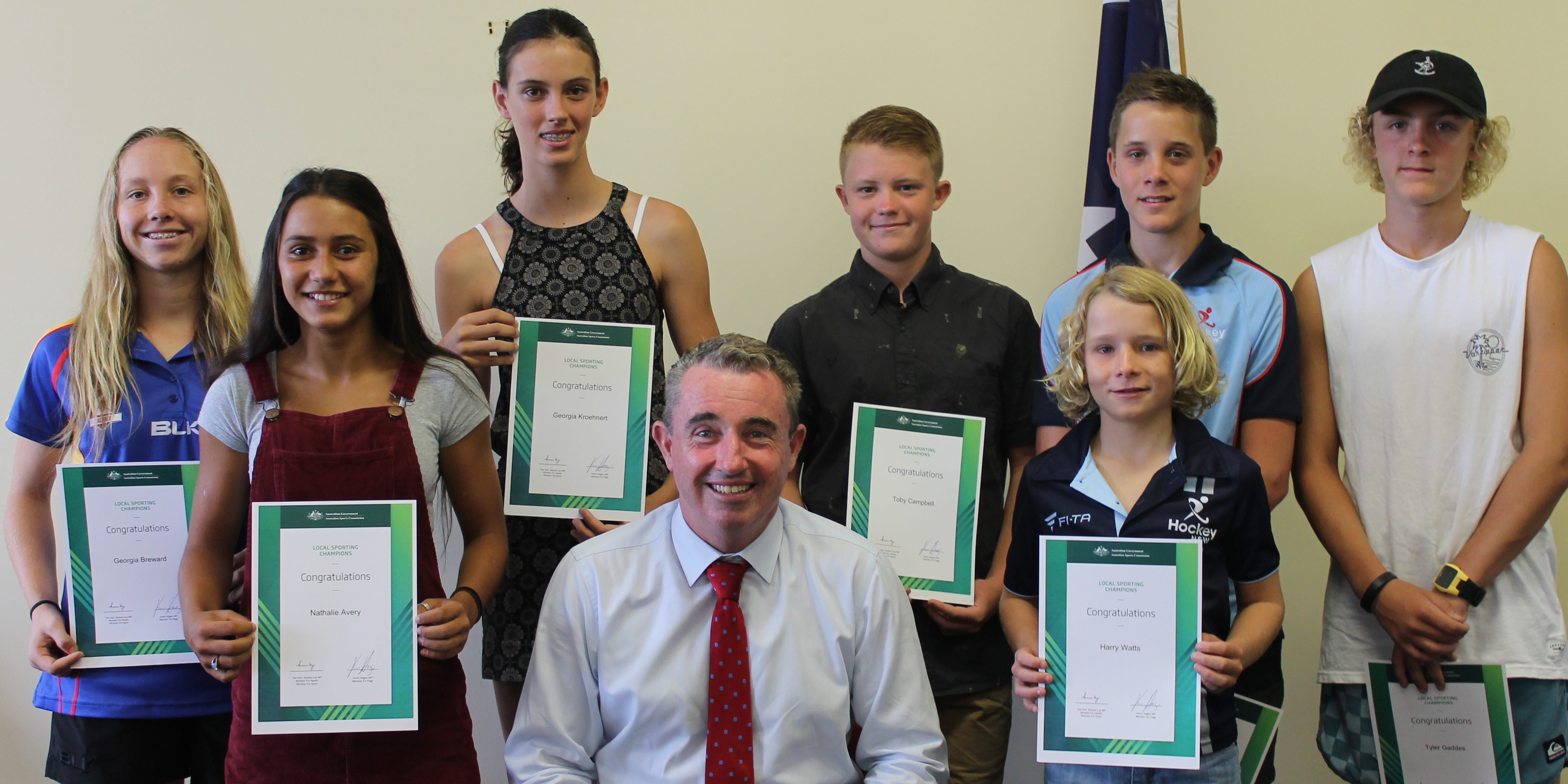 Will 16-year-old Toby Power, 12-year-old Harry Watts and 13-year-olds Tyler Gaddes and Tyler McGarvie one day stand on the Olympic podium with their Kookaburra team mates, while 14-year-old Kroehnert also takes out Gold for Women’s Hockey?

And will 12-year-old Toby Campbell reach his dream of representing Australia in the pool? Is 16-year-old Georgia Breward about to redefine the rulebook about women playing in the AFL premiership season?

And will Bethany Hickey (16) and Nathalie Avery make the Clarence synonymous with Australian athletics around the world?

Only time will tell, but Federal Member for Page Kevin Hogan is making sure that these nine Clarence Valley Sporting Champions are given every opportunity to follow their dreams.

At a Local Sporting Champions Award morning tea today, Mr Hogan presented the four local teenagers with a $500 cheque to help them on their way.

“Those who received the awards have excelled themselves representing the Clarence Valley on the national and state stage,” he said.

“The North Coast has produced some outstanding sportspeople in the past, and it is important that we support the next crop of our local sporting talent,” Mr Hogan said.

In no particular order, our latest crop of Clarence Valley Sporting Champions are: