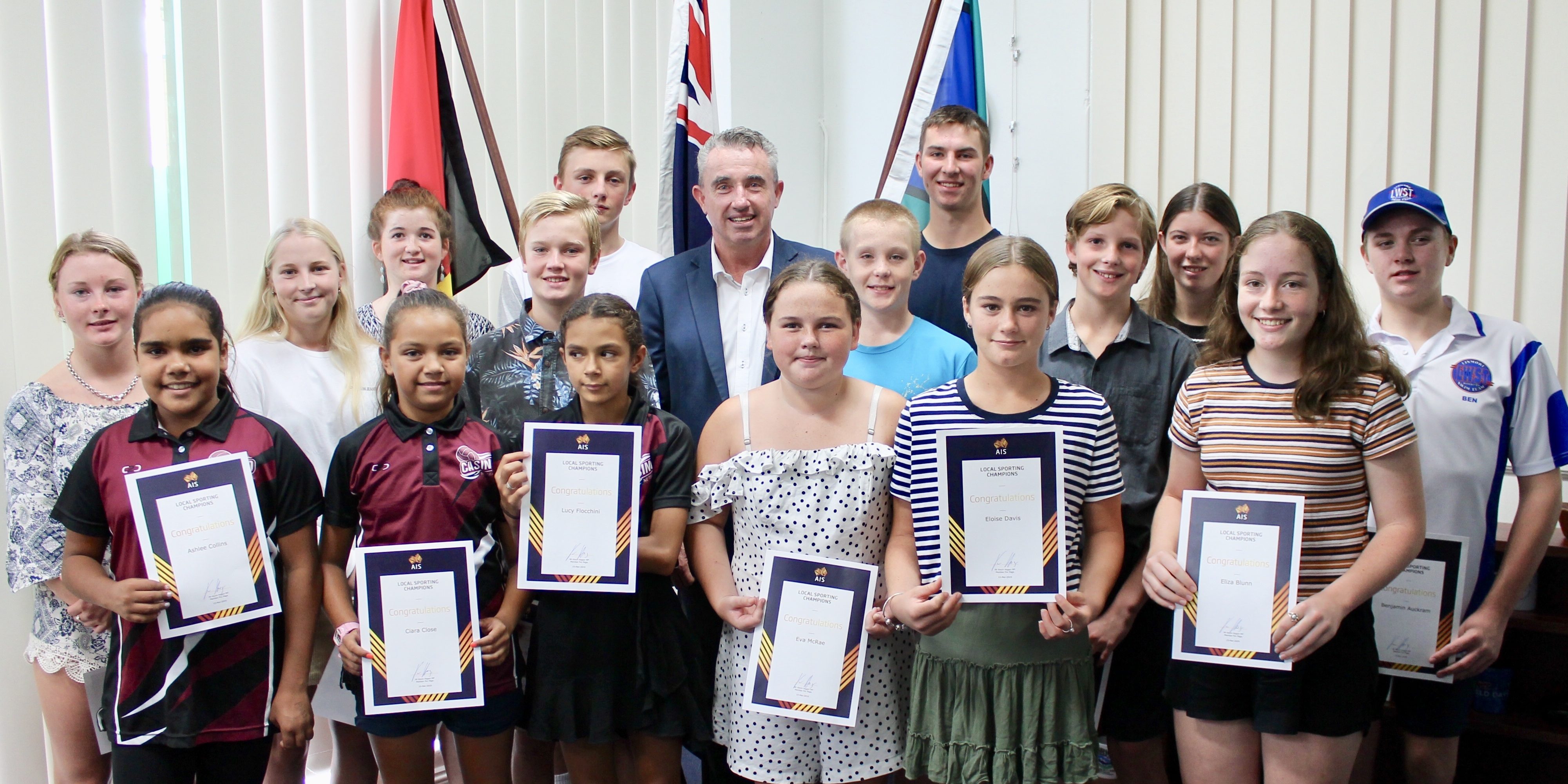 Will 14-year-olds Benjamin Auckram and Madeline Ewing be the next James Magnussen and Alicia Coutts and will 16-year-olds Lachlan Walker and Aimee Landrigan be the next Ian Thorpe and Susie O’Neill and 12-year-olds Harry Kilburn and Abbie Yourell be the next Michael Klim and Libby Trickett when it comes to swimming?

Could 12-year olds Angus Smyth and Michael Maher along with 18-year-old Seth McClelland, 17-year-old Joshua Healy and 14-year-old George Cooper play for Australia in Baseball at the next Olympics or 15-year-old Luka Venables and 13-year-old Billy Bradford for the Australian Men’s Hockey Team, the Kookaburras?

Could Gold at the Olympics be in the futures of 14-year-olds Bridgette Hoffman and Eliza Blunn, 15-year-old Hunter Ryan, 11-year-old Bridgette Marsden and 16-year-old Chloe Trustum in the Athletics arena?

And could 15-year-old Nikiesha Mcpaul make it on the Australian Women’s Softball Team, and 15-year-old Joshua Lee win Olympic Gold in caneoing while 16-year-old Damien Rojcevic do the same in Volleyball and 17-year-old Matilda Narvo in Gymnastics?

Only time will tell, but Federal Member for Page Kevin Hogan is making sure that 30 young Lismore Sporting Champions are given every opportunity to follow their dreams.

“Those who received the Awards have excelled themselves representing Lismore on the national and state stage,” he said.

“Lismore has produced some outstanding sportspeople in the past, and it is important that we support the next crop of our local sporting talent,” Mr Hogan said.

“Unfortunately succeeding in sport doesn’t just take talent and determination – parents also often have to put their hands in their pockets to get their children to competitions. I’m very pleased to be able to help these families with financial support through these grants.

“Sport is important in the development of young people: it teaches them life-long skills like teamwork, keeps them fit and healthy, and allows them to excel in something they love and enjoy.

In no particular order, our latest Lismore Sporting Champions are: