PAVING THE WAY TO A BETTER PACIFIC HIGHWAY 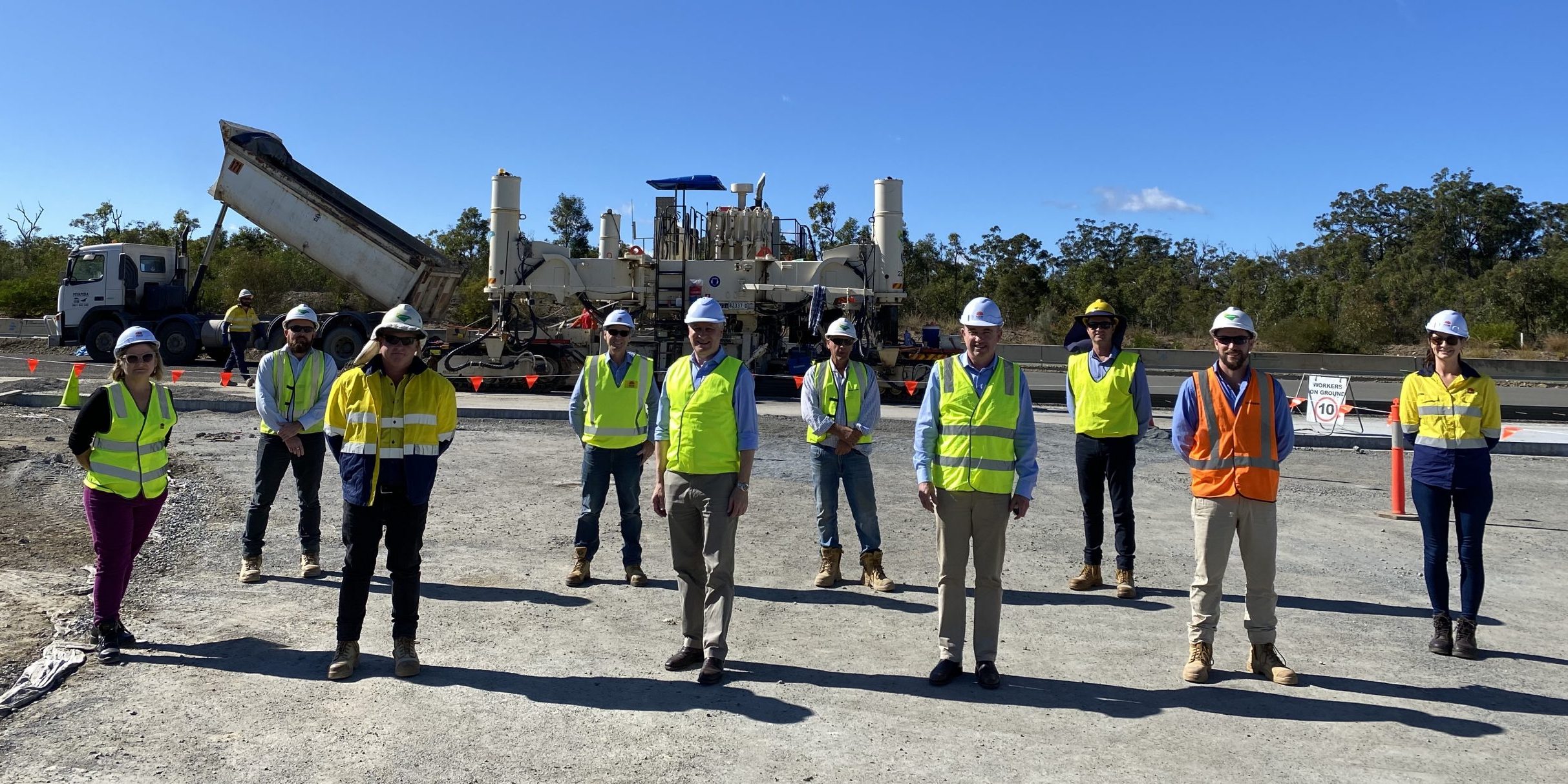 Concrete paving has begun on the Pacific Highway upgrade between Glenugie and Wells Crossing in north-eastern New South Wales, bringing the entire upgrade one step closer to completion.

Deputy Prime Minister and Minister for Infrastructure, Transport and Regional Development Michael McCormack, on site to observe the concrete pour, said the Pacific Highway upgrade was one of the largest regional infrastructure projects in Australia.

“The Pacific Highway upgrade is now around 89 per cent finished and is expected to be completed in 2020, when motorists will save around 2.5 hours in travel time when driving the entire length,” Mr McCormack said.

“We are continuing to roll out this type of major project nationwide under our $100 billion infrastructure investment pipeline, which is supporting jobs and investment at a time when it’s needed more than ever.”

Federal Member for Page Kevin Hogan said the Pacific Highway upgrade started in 1996 and was expected to be completed later in 2020.

“The upgrade is being delivered as a series of individual projects and the Woolgoolga to Ballina project is around 88 per cent complete, with a total of 82 kilometres now open to dual carriageway,” Mr Hogan said.

“This makes 584 kilometres out of 657 kilometres of the Pacific Highway between Hexham and the Queensland border now a four-lane divided road, making our major roads safer.”

“This important $4.945 billion infrastructure project is jointly funded by the Australian and NSW governments and will improve safety on this section of the Pacific Highway,” Mr Toole said.

“The Pacific Highway upgrade continues to deliver improvements in travel times and safety between Hexham and the Queensland border, along with added fauna protection methods that better support local wildlife.

“The Woolgoolga to Ballina section has created more than 3,000 jobs at its peak, building on our commitment to keep money and jobs in local communities.”

State Member for Clarence and Parliamentary Secretary for Regional Roads and Infrastructure Chris Gulaptis said local residents were asked to have their say on design refinements made to this section of the upgrade earlier this year.

“About 1,500 tonnes of recycled glass has been sourced from Lismore City Council and after being crushed and washed, it has now gone into the concrete paving.”

In the next three months, work on the project will require short-term closures of up to four hours at Parker Road and Franklins Road. Detours will be in place during the closures.

At Parker Road, southbound traffic on the highway will be detoured via the Kungala Road U-turn bay, while Parker Road traffic travelling towards Coffs Harbour will be diverted to the Franklins Road U-turn bay. At Franklins Road, northbound vehicles will be diverted along the Old Pacific Highway to Glenugie and turn right onto Big River Way to access the southbound Pacific Highway.

Motorists will be advised with variable message signs and registered residents will be contacted via SMS, 24 hours before the closures. To be added to the SMS list for closure details, please phone the project team on 1800 778 900 (press 2) to register your details.

Motorists are advised to drive to the conditions and follow the directions of signs and traffic control.

The $4.945 billion project is jointly funded with the Australian Government providing $3.76 billion towards planning and pre-construction. The New South Wales Government is providing the remaining funding.