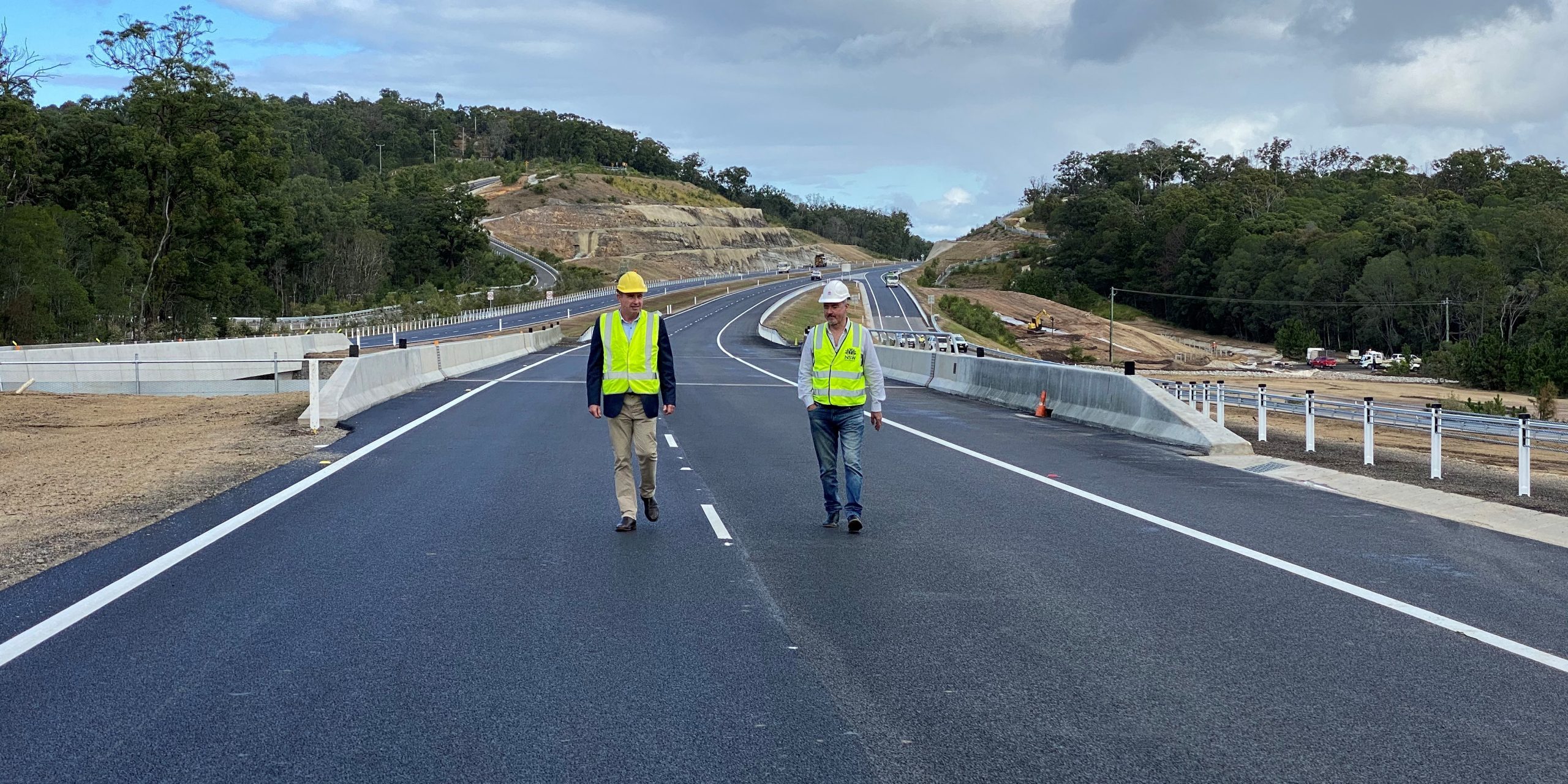 The Woolgoolga to Ballina Pacific Highway upgrade has hit another major milestone with 15 kilometres of dual carriageway opening Thursday between Mororo and Devils Pulpit.

“This project is duplicating the highway between Hexham and the Queensland border to deliver smoother, faster and more reliable journeys for all road users right up and down the East Coast,” Mr McCormack said.

“Since the Pacific Highway upgrade program started 20 years ago, we’ve already seen the number of fatal crashes on the highway annually more than halve. We’re looking forward to seeing even more journeys transformed as it remains on track to hit the finish line later this year.”

“We’re already seeing travel time reductions of about two hours, and that’s only going to get even better as we continue to open up more sections,” Mr Toole said.

“This multi-generational project has also been critical for our regional communities, with the Woolgoolga to Ballina upgrade alone creating more than 3000 jobs and injecting millions into local economies.”

“The Woolgoolga to Ballina upgrade continues to deliver for the local community, maintaining jobs and supporting suppliers,” Mr Hogan said.

“Permanent facilities have been completed at the new southbound rest area near Mororo, providing motorists with toilets, shaded benches, and plenty of parking for heavy and light vehicles.”

Gulaptis said the upgrade would make a difference to local communities, and tourist and freight operators who use the Pacific Highway to travel between Brisbane and Sydney.

“Three bridges along the route have been built to reduce impacts to the breeding season for threatened fish species including the Oxleyan Pygmy Perch, one of the many threatened species being protected on the upgrade.”

Electronic message signs will provide wayfinding information and motorists should be aware of traffic management and reduced speed limits while work continues to build the upgrade.

For more information about the Woolgoolga to Ballina upgrade, contact the project team on 1800 778 900 (dial 1) or email W2B@pacificcomplete.com.au.