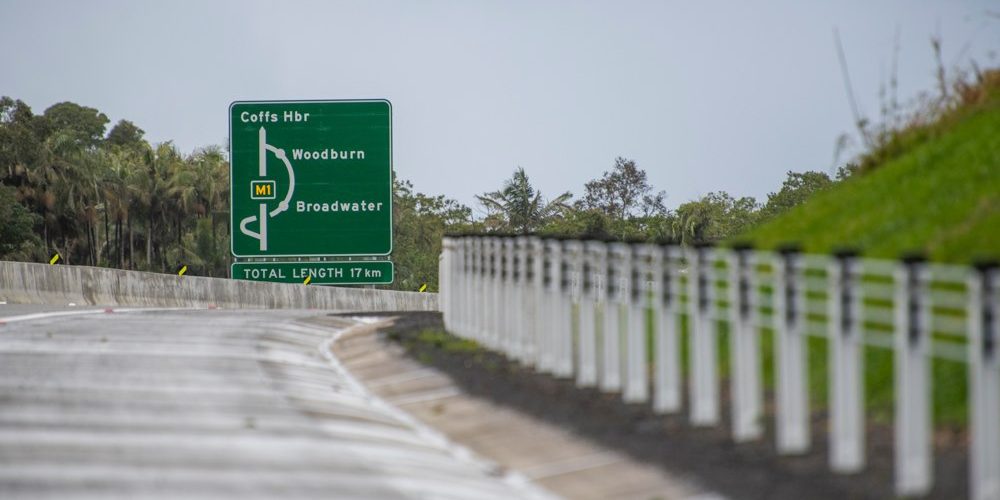 Woodburn, Broadwater and Wardell will be bypassed tonight with the opening of 34 kilometres of new Pacific Motorway between Woodburn and Pimlico.

Deputy Prime Minister and Minister for Infrastructure, Transport and Regional Development Michael McCormack said the milestone was one of the last major pieces of the Pacific Highway upgrade to cross the finish line, with the duplication of the highway between Hexham and the Queensland border now more than 96 per cent complete.

“This is yet another critical piece of the Woolgoolga to Ballina project and with this complete, we will have opened a staggering 97 kilometres of new dual carriageway just this year,” Mr McCormack said.

“This section is critical as it will alleviate what was a persistent traffic bottleneck around Woodburn during the peak holiday season.

“We are investing in our post-pandemic future by delivering lasting infrastructure which will kick-start our economic recovery and benefit Australians for years to come.”

New South Wales Minister for Regional Transport and Roads Paul Toole said the opening of this section would transform the journeys along the north coast of NSW for the better.

“The Pacific Highway upgrade has been a major investment in our regional communities, creating more than 3,000 jobs during the peak of the Woolgoolga to Ballina project alone, injecting millions into local economies and giving local communities the highway they deserve,” Mr Toole said.

“We are now so close to the end of this multi-generational project and the benefits are clear – faster, safer journeys and improved connections for local communities.”

Federal Member for Page Kevin Hogan said improving safety had been the key driver of the upgrade.

“We have already seen a significant reduction in fatal crash numbers since work to upgrade the highway began two decades ago,” Mr Hogan said.

“The new section will provide smoother, faster and more reliable journeys and we are all excited to see an end to long traffic queues during busy holiday periods.

“The route includes the new bridge at Broadwater, which is the second longest bridge on the upgrade and an impressive structure sweeping across the Richmond River.”

State Member for Clarence Chris Gulaptis said the latest milestone would see interchanges open at Woodburn, Broadwater and Coolgardie, offering safe access to and across the new motorway.

“Following the traffic change, the project team will complete finishing work at the Woodburn and Coolgardie interchanges and the connecting local roads,” Mr Gulaptis said.

“We are also going to see bypassed town signage installed at Woodburn, Broadwater and Wardell, which aim to send tourist dollars to town by showing the services and attractions on offer.”

Electronic message signs will provide wayfinding information and motorists should be aware of traffic management and reduced speed limits though the area while work continues to build the upgrade.

For more information about the Woolgoolga to Ballina upgrade, contact the project team on 1800 778 900 (dial 1) or email w2b@pacificcomplete.com.au.