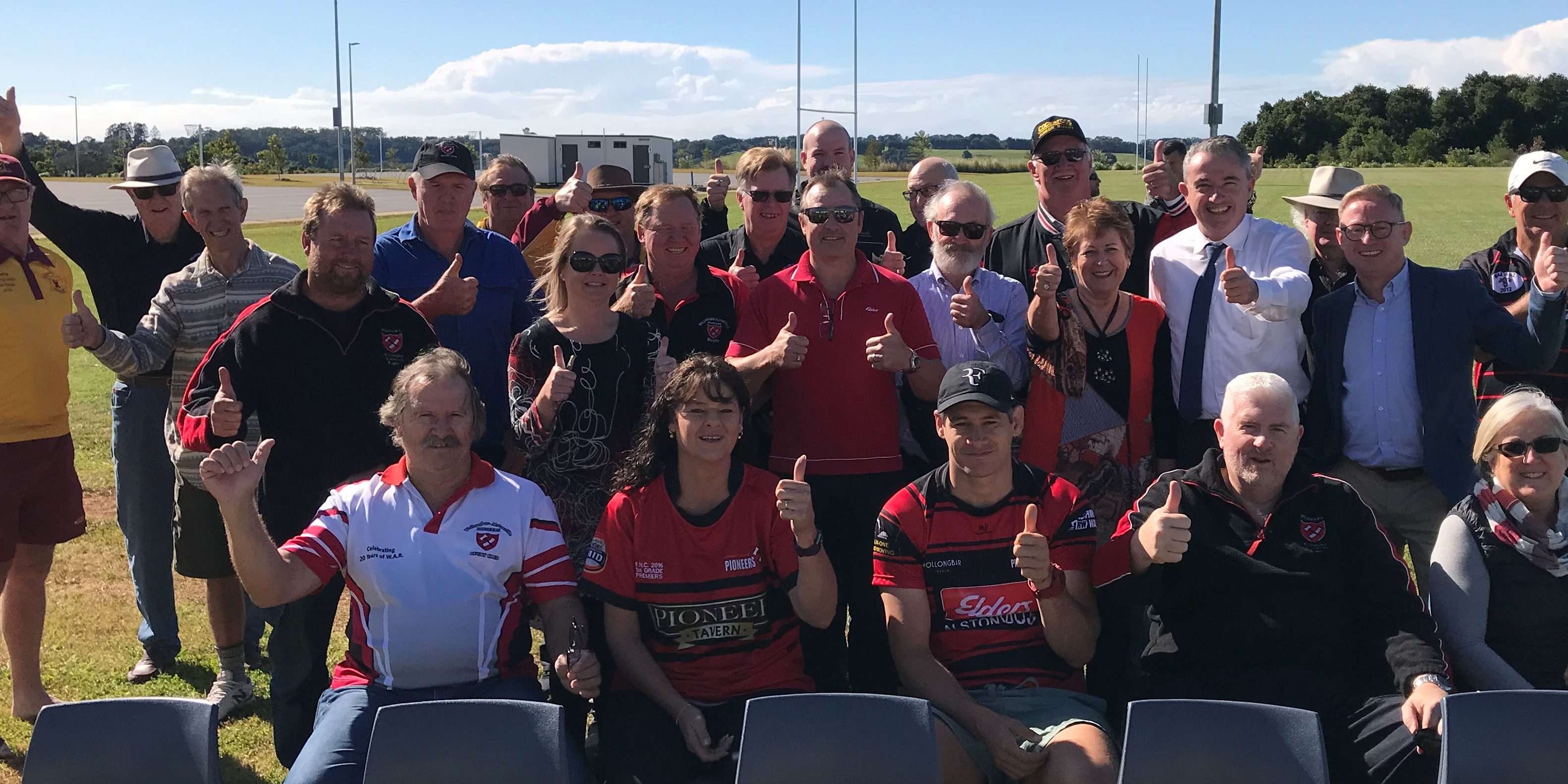 Federal Member for Page Kevin Hogan today inspected the site of the new $750,000 Multi-Sports Facility at Wollongbar, which received a $500,000 Federal Government grant.

“This is a great project that will create a new facility to house local sporting clubs,” he said.

“The new facility will boast a covered spectator area, a function area for 200 people, a fully serviced kitchen to allow for self-catering, meeting rooms, storage area for individual clubs, bar and canteen facility, and outside catering area.

“This will serve the Wollongbar community and the wider region, and will create 30 jobs during construction as well as five ongoing roles, and provide a new venue to attract sporting events to the region.”

“We expect up to 8000 visitors to the new venue each year when construction finishes in June 2019, whether they are attending junior AFL matches, regional rugby events or the yearly international exchange match in Wollongbar.”

Wollongbar-Alstonville Rugby Club contributed a further $250,000 to the project.

The Club’s Howard Atkinson said: “This is made possible because of Kevin Hogan’s commitment to his electorate.”

“When Kevin heard we had missed out on a state government grant he called a meeting with us and said he could see how important this was for the future development of sport on the Plateau as well as been a great asset to the community.

“I am sure I am not only talking on behalf of the Rugby Club but the community in general in thanking Kevin for his hard work, his passion and enthusiasm for this project, Kev a sincere thank you.”