Nest boxes being built locally for Woolgoolga to Ballina upgrade 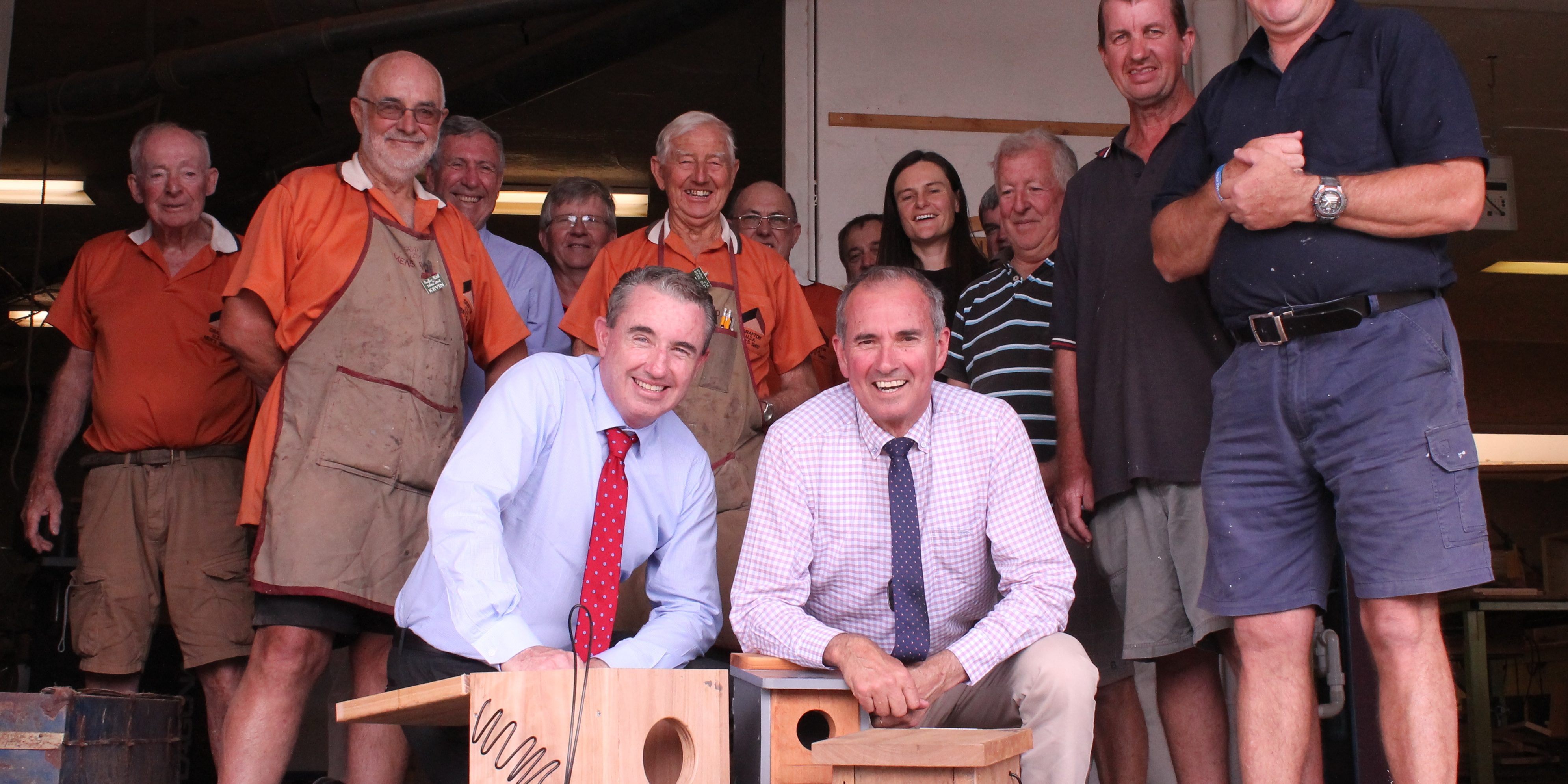 A project which aims to provide nest boxes for use by a range of native animal species has started as part of the Woolgoolga to Ballina Pacific Highway upgrade.

Federal Member for Page Kevin Hogan said Eco Logical Australia Pty Ltd has been engaged to install close to 700 nest boxes in trees along the 155 kilometre highway route to provide alternative nesting and roosting places for wildlife as part of the highway upgrade.

“The Woolgoolga to Ballina project team is working hard to minimise the impact of the upgrade on sensitive environmental communities while building a safer Pacific Highway,” he said.

“The team is committed to working with the community and stakeholders to protect wildlife along the route both during building and operation.”

Grafton Men’s Shed and OCI Caringa built a range of nest boxes from locally sourced hardwood for the project.

Dean Broughton, Manager of OCI Caringa says the team is very happy to be involved in this project and enjoy the opportunity to work on something a bit different; and to help native wildlife at the same time.

David Abrahams of Grafton Men’s Shed said the funds generated from supplying nest boxes for this project have allowed the Men’s Shed to expand and improve their facilities.

“We are very interested in being involved in the manufacture of these boxes to help house the fauna during this major project,” said Mr Abrahams.

The project will also test newly developed technology in the form of nest boxes built from 100 per cent recycled plastic materials, called “Cyplas” nest boxes from Hollow Log Homes, which are designed to extend the lifetime of the nest boxes to 30 years or more.

Andrew Morrison CEO of Eco Logical Australia said a team of ecologists will evaluate the performance of the Cyplas boxes against the traditionally built timber nest boxes over an eight year period.

It is hoped this project will lead to improvements in the design, installation and monitoring of nest boxes which can be applied in the future to improve the alternative habitat options for hollow-dependent wildlife.

“We are pleased to support the development of these new nest boxes as part of the Woolgoolga to Ballina upgrade to build on to the significant knowledge gained from other upgrade projects to ensure the highest level of biodiversity protection in the future,” Mr Morrison said.