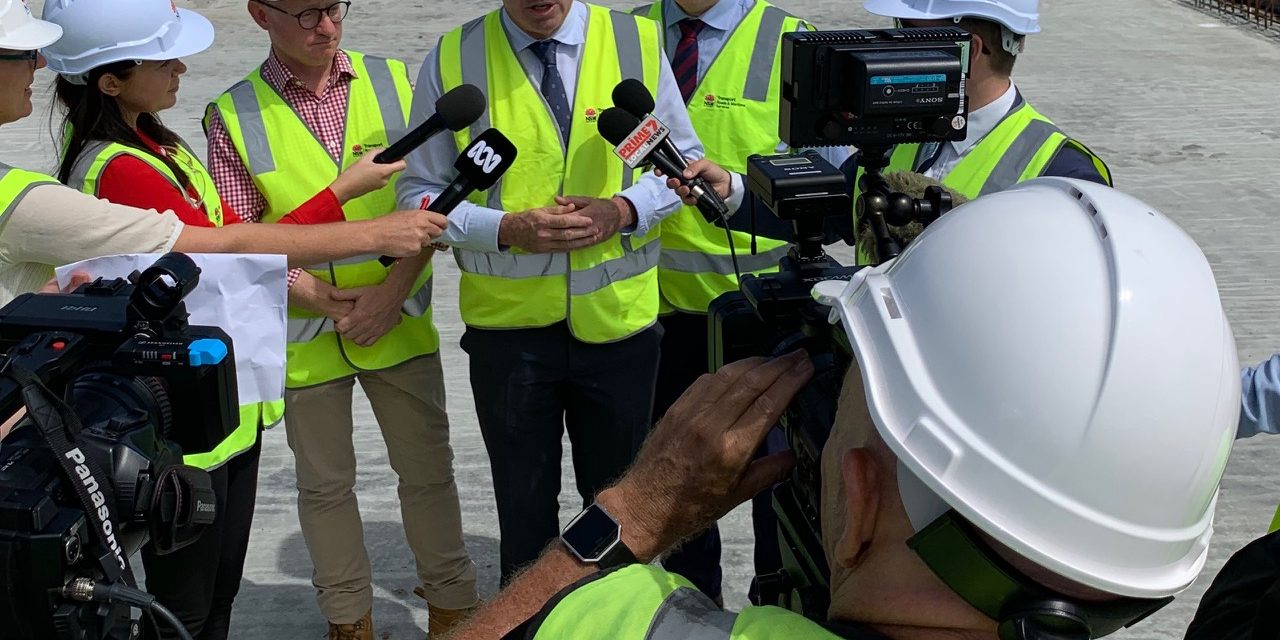 The last girder has been installed on the new bridge over the Richmond River at Broadwater as part of the 155-kilometre Pacific Highway upgrade between Woolgoolga and Ballina, the Federal Member for Page Kevin Hogan said.

“The new bridge, the second-longest of 170 bridges on the Woolgoolga to Ballina upgrade, provides a critical link for the 155 kilometres of new dual carriageway and I am glad to see it getting closer to completion,” he said.

“This is the first time a bridge this wide has been built in Australia with a single precast headstock, meaning that there is a shell for each column to support the load of the girders.

“This has reduced the need for temporary construction work, eliminating 20,000 hours of working, which has not only saved time but also improved safety for workers.

“About 3000 are currently directly employed on the highway with another 9000 indirect jobs.

“Importantly, the number of fatal crashes have already halved from 40 deaths each year prior to construction to less than 20 last year.”

NSW Minister for Roads, Maritime and Freight, Melinda Pavey, said the bridge was made up of 234 girders.

“Since the first girder was lifted in March 2018, the project team has made impressive progress to successfully install all 234 girders, weighing 80 tonnes each,” Mrs Pavey said.

“This included safely installing nine girders above the existing Pacific Highway at night and installing 81 girders from a barge in the river.”

“The placement of the final girder is a significant and positive milestone to end the year on,” he said.

NSW Parliamentary Secretary for Renewable Energy and Northern NSW, Ben Franklin, said the project team would be using 43,000 tonnes of concrete, 3,500 tonnes of asphalt and 2,500 tonnes of steel to build the bridge.

“Piling work was completed earlier this year and the bridge deck is already more than 70 per cent complete,” Mr Franklin said.

“The bridge will be a unique visual landmark, creating a new connection between the Richmond Valley and Ballina Shire councils.”

NSW Member for Clarence, Christopher Gulaptis, said more than 75 per cent of about 8,500 precast concrete pieces being used to build 170 bridges on the upgrade had now been successfully delivered to site.

“About 530 kilometres (81 per cent) of the final 657-kilometre length of the Pacific Highway between Hexham, near Newcastle, and the Queensland border is now four-lane divided highway, while the remainder is under construction,” Mr Gulaptis said.

“The new bridge over the Richmond River at Broadwater will open to traffic in 2020, weather permitting.”

Some of the major projects Kevin Hogan has delivered for our community include: