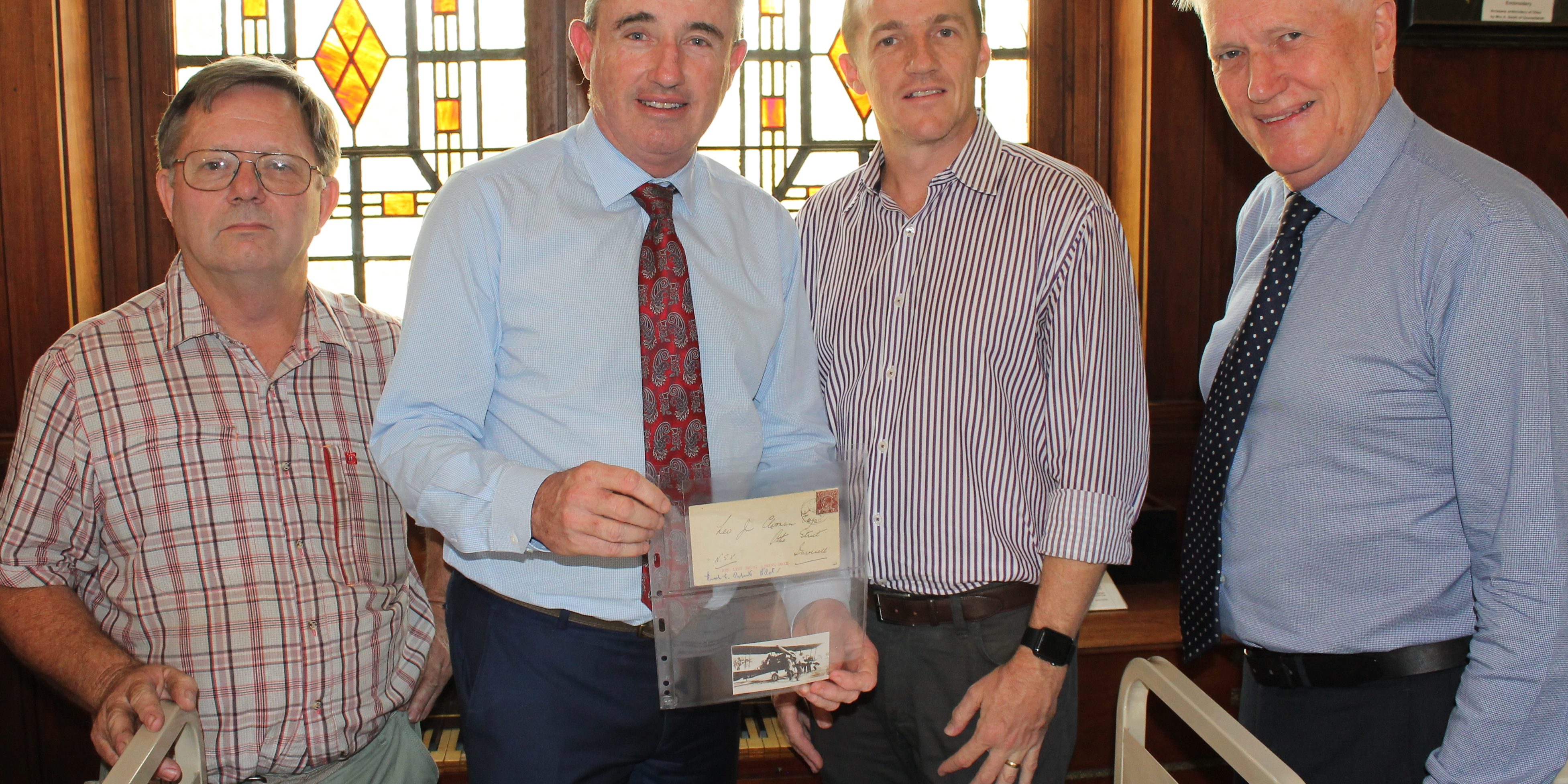 Federal Member for Page Kevin Hogan today joined Lismore mayor Isaac Smith to inspect an historic display of how a meeting in Lismore changed the future of Australia.

It was at a meeting held in Lismore 100 years ago this month that led to Australia’s first airmail service taking off from a paddock in Lismore a few years later.

One hundred years on, the current Federal Member for Page Kevin Hogan and Lismore mayor Isaac Smith inspected preparations for the Postal History of Lismore display that will be held on November 27 at the Lismore Workers Club.

“This upcoming display reveals how a meeting in Lismore 100 years ago shaped our nation’s future,” Mr Hogan said.

“This is a very historic event for Lismore and Australia and, I would like to thank the Richmond River Philatelic Society and the Richmond River Historical Society for organising this important display that recognises our local history.”

The historic first flight from Lismore to Tenterfield happened on June 26, 1920, only a month of the first aeroplane is said to have landed in Lismore. About 8000 letters were carried on the flight.

“Mayor McKenzie described the first flight as ‘a matter of great historic importance in the progress of the Richmond Rivers’, and he was right,” Mr Hogan said.

“The reason why it was a success was because all levels of government understood the need to work together for the benefit of our community.”

It is part of the Stamp Club’s “Postal History of Lismore” display which will cover themes such as buildings used, Post Masters, transport and social history.