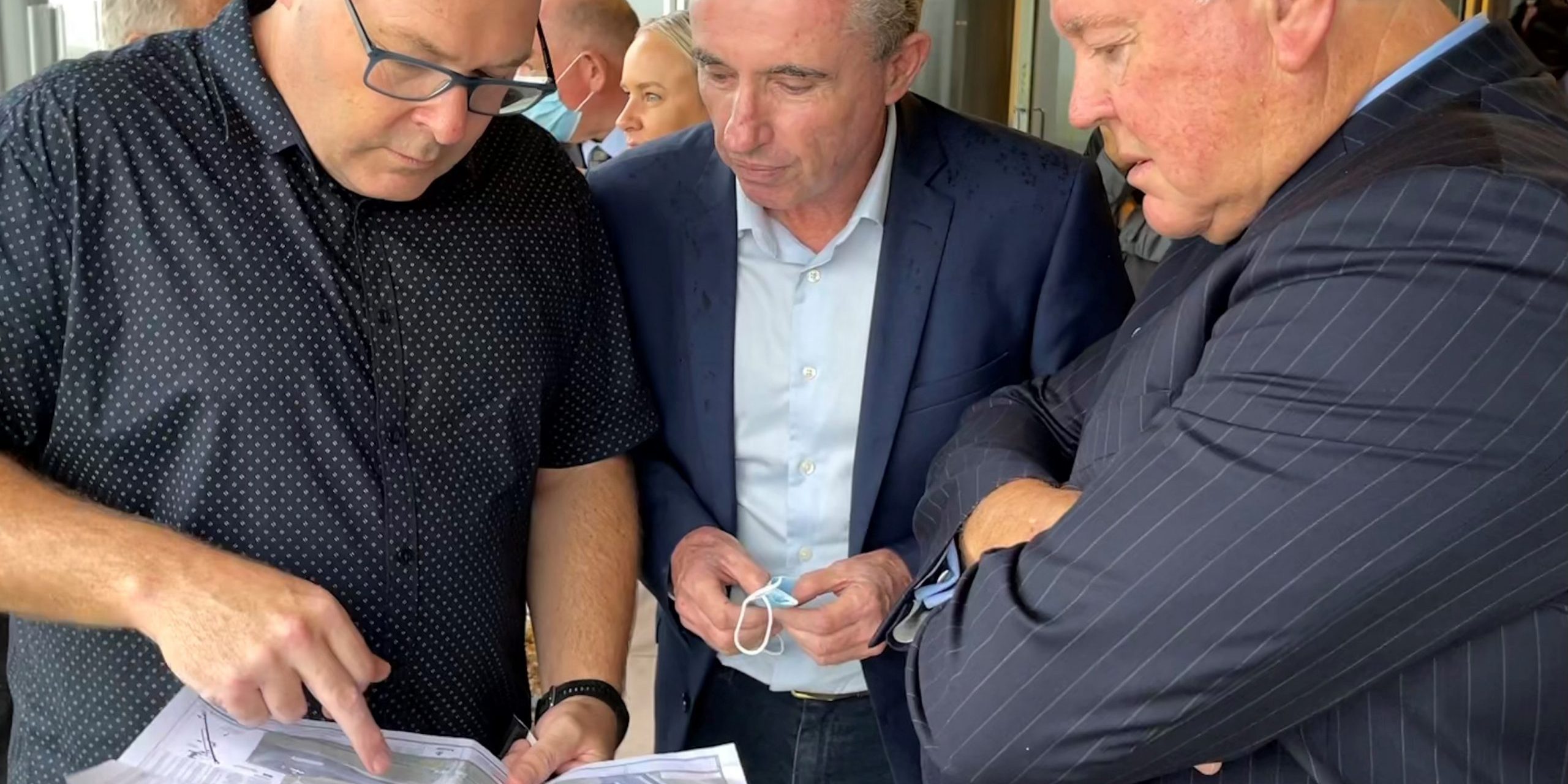 Lismore Regional Airport is an important facility for our local economy. Pre-COVID it catered for around 12,000 flying passengers annually.

Federal Member for Page Kevin Hogan today turned the sod on a $300,000 project to construct an aircraft run-up bay.

“This upgrade will reduce runway congestion, improving the airport capacity and general safety on the runway,” Mr Hogan said

“This funding is on top of the $4.47 million I secured to upgrade the airport infrastructure to allow for new aircraft landing systems.”

“This upgrade will provide a specific area for aircraft engine run-ups and flight control checks prior to aircraft taking off.”

“The airport generates more than $26 million annually for the local economy and directly creates 57 jobs, in addition to 26 indirect jobs,” Mayor Krieg said.

“I would like to thank the Federal Member for Page Kevin Hogan and the Government for the grant to allow us to undertake this important project.”

“This project will not only improve safety for travellers and reduce congestion on the runway but will also help us to financially turn around the operation at the airport by allowing multiple aircrafts to use it at the same time.”