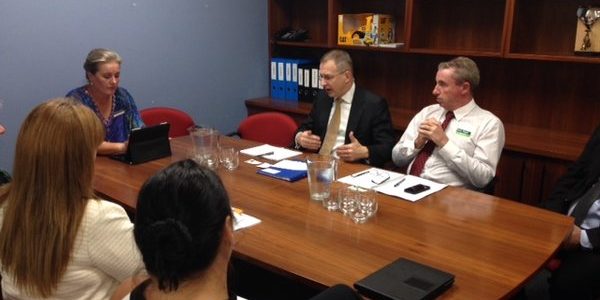 Federal member for Page Kevin Hogan is issuing a reminder that next week is the last chance for people to nominate locations for the Federal Government’s $100 million Mobile Black Spot Programme.

Final nominations of eligible black spots are due by 5pm on Friday August 1 and can be made by emailing mobilecoverage@communications.gov.au.

Under the Mobile Black Spot Programme, the Federal Government will invest $100 million in telecommunications infrastructure to improve mobile coverage in regional, remote and outer metropolitan Australia.

The Mobile Black Spot Programme will improve mobile coverage along major transport routes, in small communities and in locations prone to experiencing natural disasters, as well as addressing unique mobile coverage problems such as areas with high seasonal demand.

The Parliamentary Secretary for the Minister for Communications Paul Fletcher, who met with community groups in Page last year, has also met with more than 50 local communities in every state of Australia to gather community feedback on mobile coverage issues and to discuss how the Programme will operate.

“I want to thank the many thousands of individuals and community groups that have taken the time to let us know about how important mobile coverage is – whether it be for emergency response, natural disasters, education, tourism or other business communications,” Mr Fletcher said.

The Government will commence a competitive selection process in the second half of this year, with a view to announcing the locations which have been selected for funding in the first half of 2015.

The Government anticipates that the first base stations funded under the programme will begin to roll out in the second half of 2015.