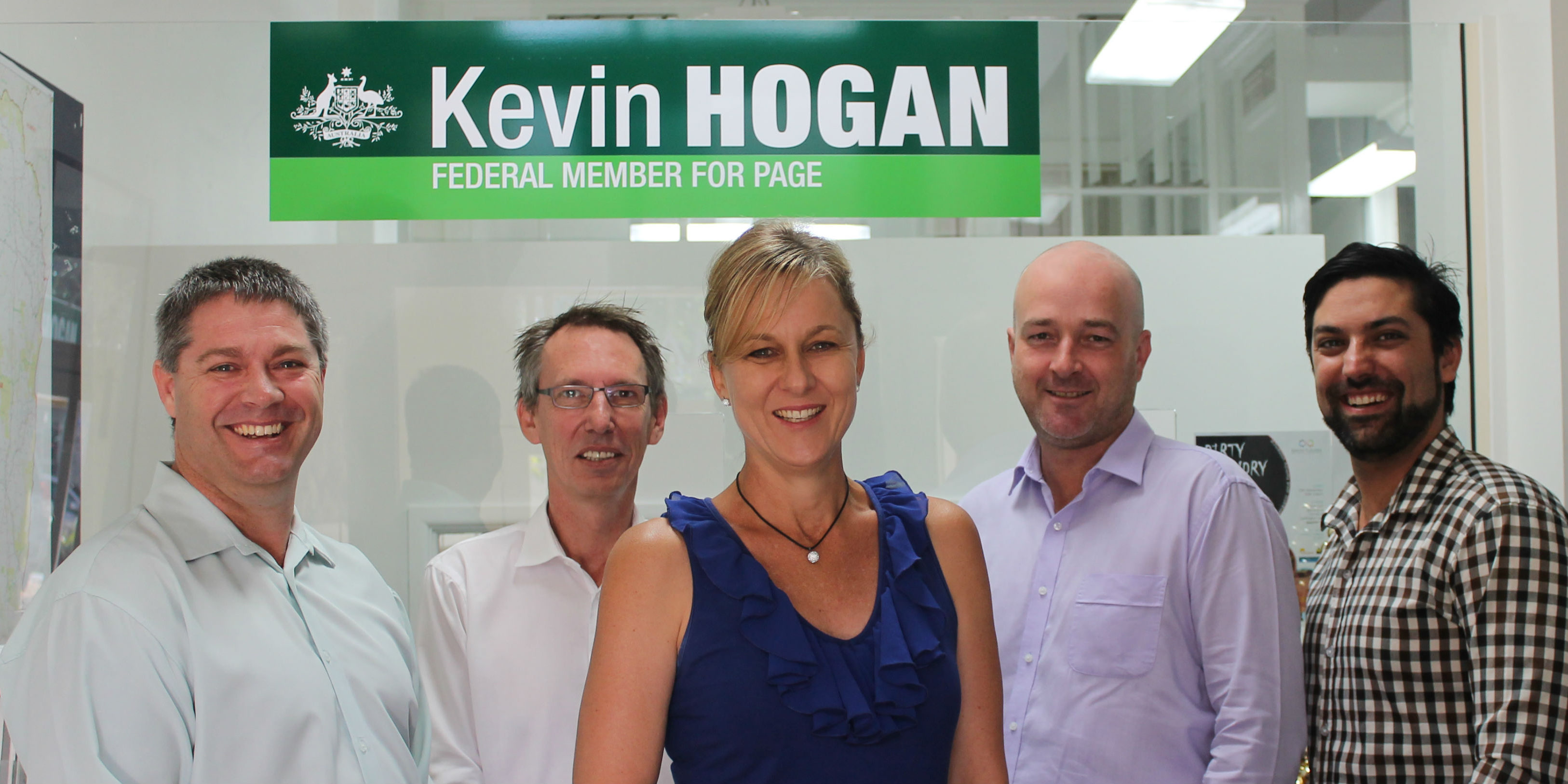 The office of the Federal Member for Page Kevin Hogan has been awarded The Electorate Office of the Year by the Prime Minister Malcolm Turnbull.

“I would like to congratulate my office staff. They work very hard to follow up on all requests made to the office. I thank and congratulate them on the award,” Mr Hogan said.

He said the annual award is determined by how well an office responds to enquires from members of the community.

The Award also recognises the second electorate office in Grafton out of Mr Hogan’s salary, in addition to his Government-funded office in Lismore.

“Page is an extremely large electorate so the first thing I did when I was elected in 2013 was to pay for a second office in Grafton myself,” he said.

“I did this because I believe that members of our community should be fully represented and have easy access to myself and my staff no matter where they live.”