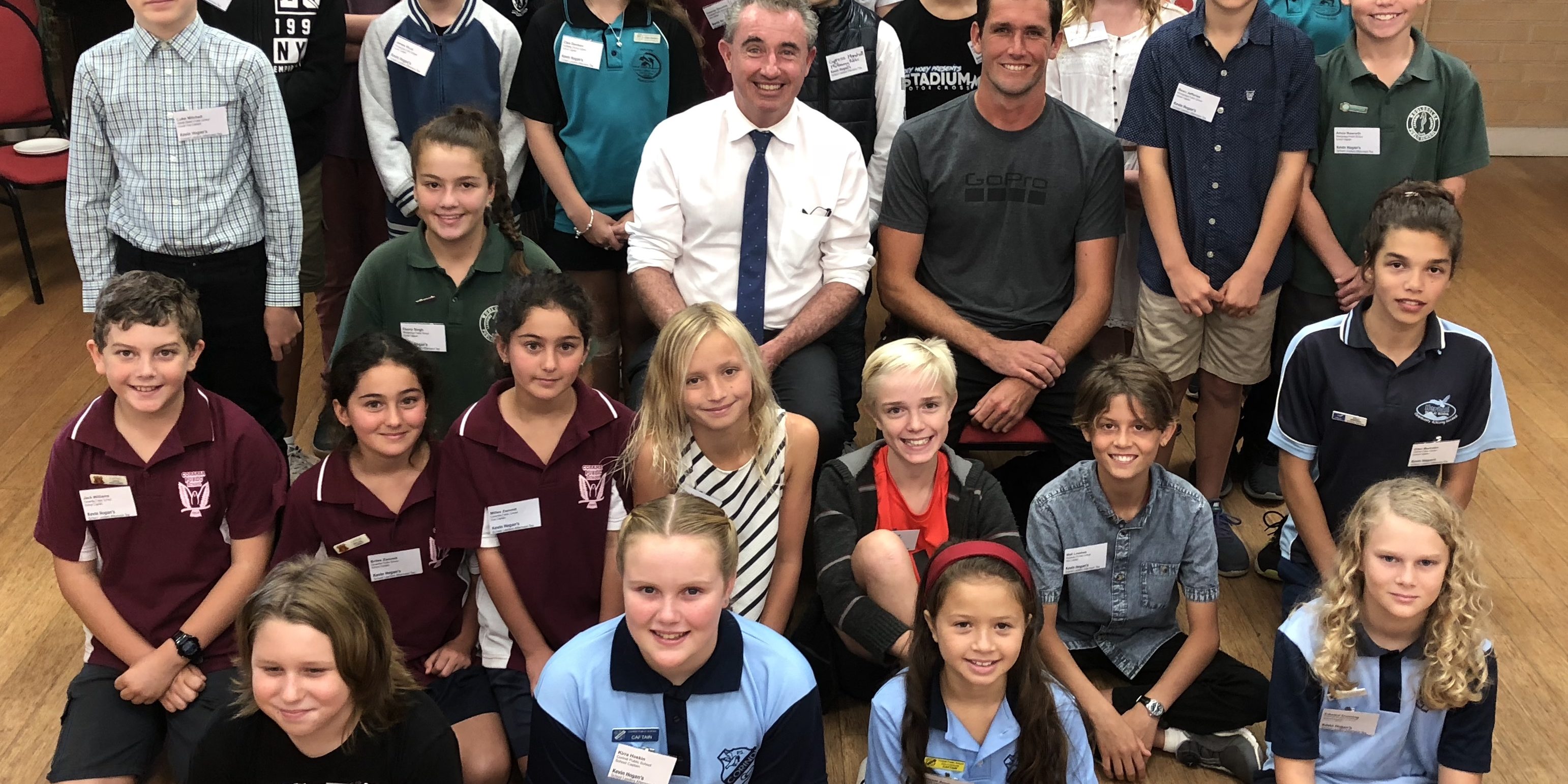 “It was great to have more than 100 students and parents at the morning tea today,” he said.

“These students play an important role in the life of their school community and it’s important to recognise them and thank them.

“I would also like to thank my guest speaker Harley Ingleby who gave a very inspirational speech.

“Harley has been a professional longboard rider since he was 18, and won his first world longboard title at the age of 25 in 2009.

“Last year, he travelled to Taiwan to compete in the Taiwan Open World Longboard Championship where he made it to the semi-finals only to be narrowly defeated by the event’s champion.”