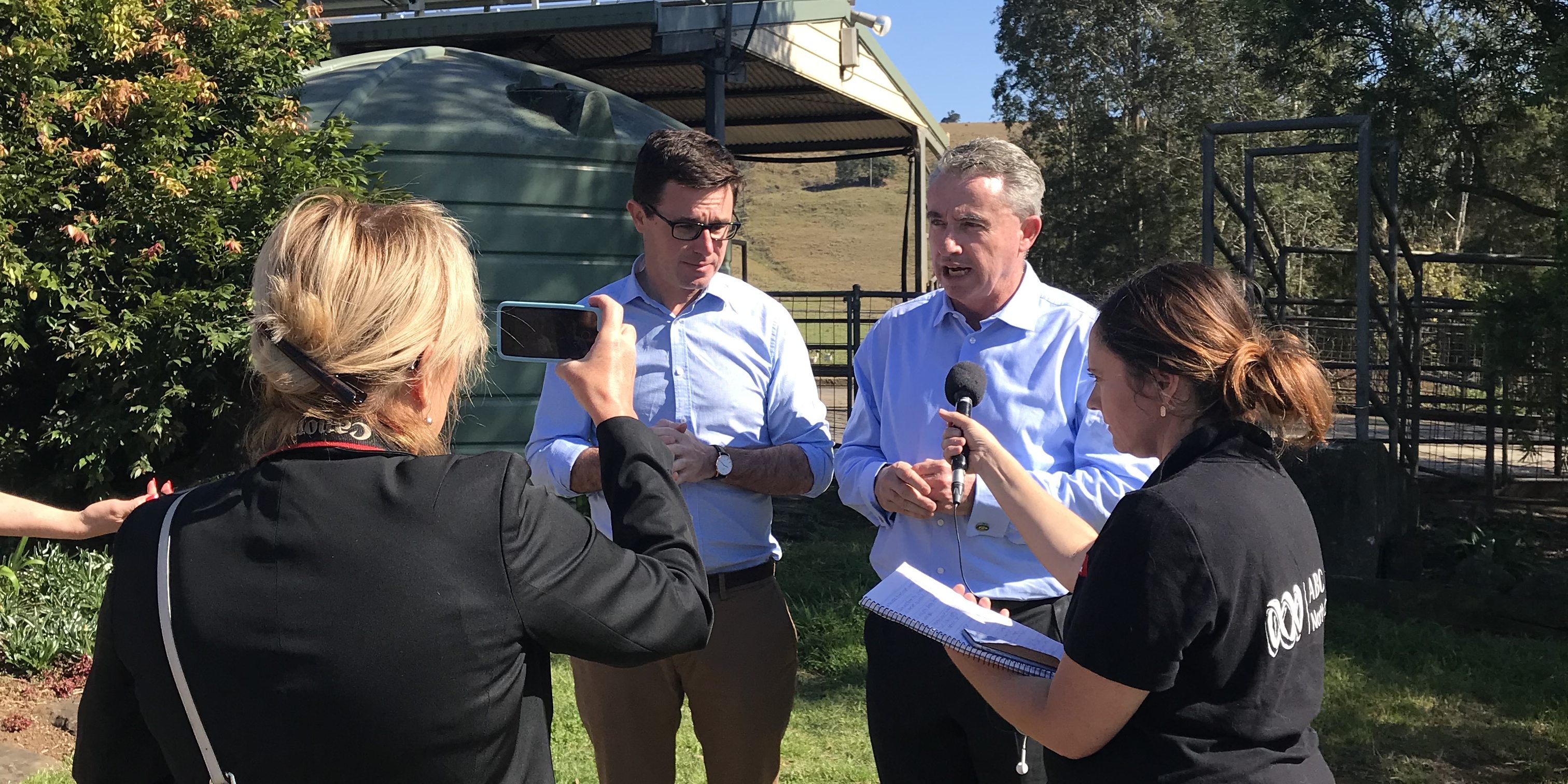 Minister Littleproud said this morning that if retailers support a 10 cent levy on each litre of milk then we would look at ways of introducing it as a temporary measure.

Mr Hogan said the levy would be welcomed by local dairy farmers.

“This is a good temporary measure that will assist many of our local dairy farmers,” he said.

“Some of our dairy farmers are being paid less than the cost of production. This is unsustainable.

“The levy is no silver bullet, but it will give local dairy farmers financial relief as they come together as an industry to develop a united position in a response to the Australian Competition and Consumer Commission report and on a mandatory Code of Conduct.

“It is important that the industry tells the Government what we can do to help them, rather than politicians and bureaucrats in Canberra telling farmers how to farm.

“I am also pleased that the Minister is discussing the issue with big supermarkets, including Woolworths.”