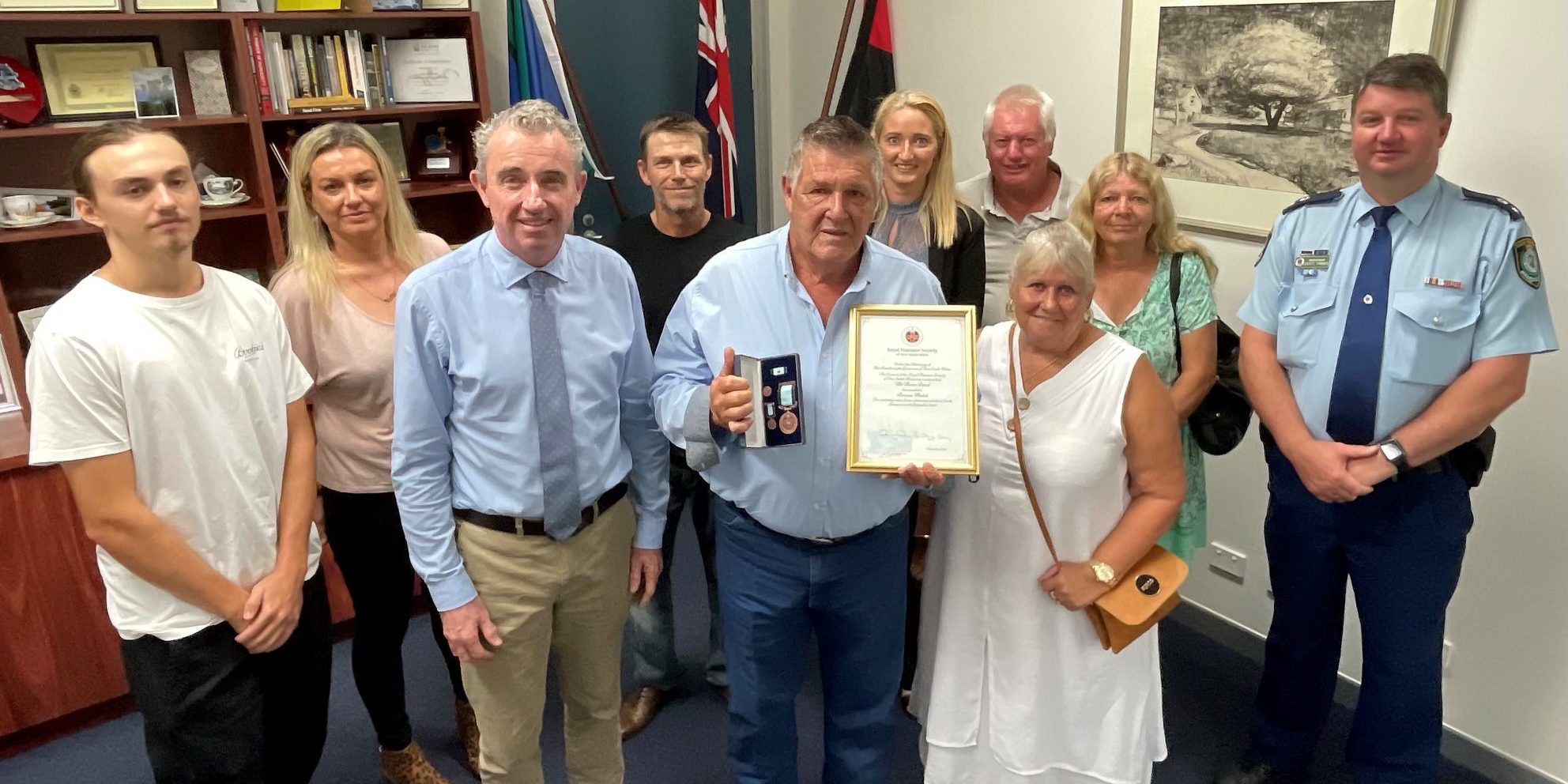 Mr Hogan said these awards recognise the incredible life-saving efforts of people whose exceptional thinking and rapid responses saved lives in our community.

“During an incident at Bunnings Lismore in September 2016, Kevin put himself in danger to pull a man out of a burning car,” he said.

“Everyone else fled away from the car in fear. Kevin who was on crutches at the time went towards the car as a man was on fire inside.

“This was an extremely dangerous situation as flames were engulfing the car. Kevin put his own safety at risk to assist a stranger.”

“Just moments later the car exploded. Kevin if not saving the man’s life certainly saved him from much more severe injuries.”